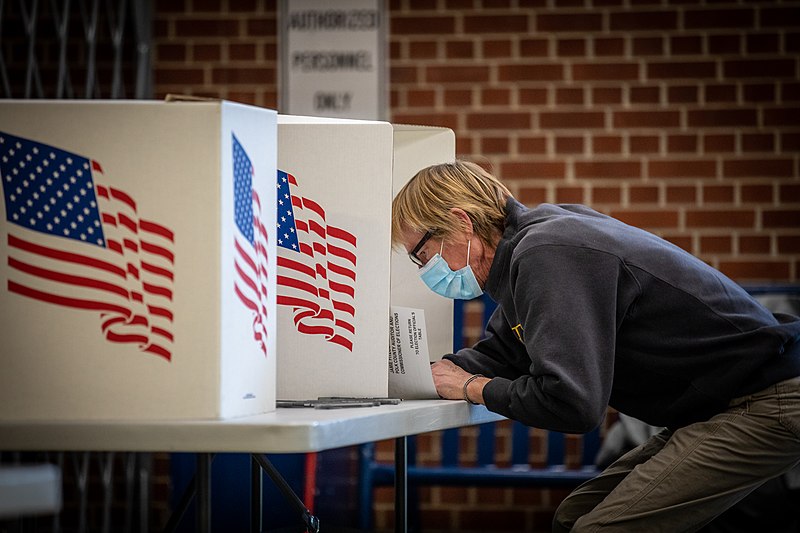 Climate was on the ballot in the 2020 US election (Photo: Wikimedia Commons/Phil Roeder)

Joe Biden is almost certain to be the next president of the United States, ushering in a welcome return to engagement with the climate crisis after four years of denial.

In contrast with Donald Trump’s premature declaration of victory and desperate calls to “stop the count”, Biden is modelling patience, with around 10% of ballots still to be tallied.

But he let his confidence in the eventual outcome show with a tweet promising his White House will rejoin the Paris Agreement, 77 days after the US’ official exit.

That’s the easy part. Much harder will be delivering emissions cuts, after disappointing Senate results for the Democrats. They could yet scrape a majority — subject to a January run-off in Georgia — but do not have the 60 seats needed to pass a framework climate law.

A Biden administration will have to get creative to submit a credible 2030 climate target to the UN next year, as required under Paris.

If constantly refreshing US election liveblogs is driving you mad, take a break to read about the women restoring mangroves in Lamu County, Kenya.

As in many parts of the world, this carbon-rich ecosystem has come under pressure from harvesting for firewood and building materials.

In an innovative project, women are replanting degraded areas and using the revenues from selling “blue carbon” credits to start small businesses.

Little of that is reaching the most vulnerable communities, with a persistent bias towards carbon-cutting projects in emerging economies. As Oxfam flagged up last month, a growing proportion of the total is delivered as loans, adding to developing countries’ debt burdens.

It is a key issue for next week’s Finance in Common Summit, which brings together leaders from public development banks.