US president-elect Biden sees Johnson as a “clone” of Trump and disagrees with him on Brexit, but both leaders want to make next year’s Glasgow climate talks a success 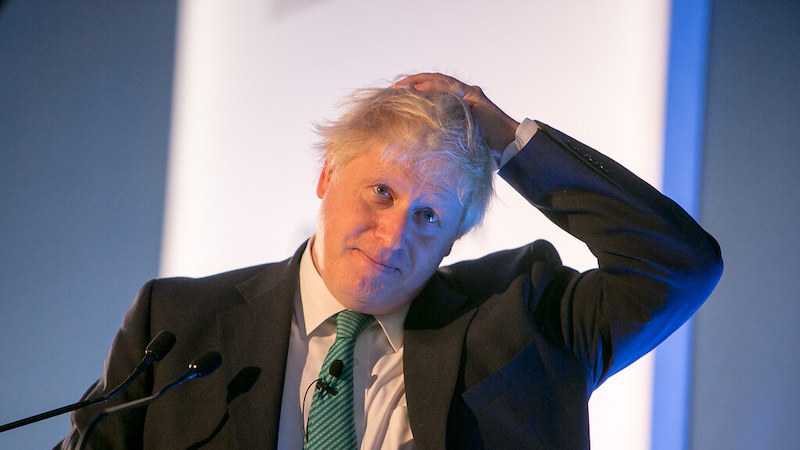 The UK government is likely to try and use the Cop26 climate talks to rebuild its rocky relationship with US president-elect Joe Biden and his party, analysts have said.

Biden’s team are hostile to prime minister Boris Johnson because of his perceived similarity to Donald Trump, his Brexit policy and personal criticism of Barack Obama and Hilary Clinton.

Despite this, analysts told Climate Home that Biden would be “pragmatic” and the two governments were likely to work closely together to increase the world’s climate action at November’s COP climate talks in Glasgow.

Both Biden and Trump have emphasised the similarities between Johnson and Trump. In December 2019, Biden said that Johnson was a “physical and emotional clone” of Trump. The outgoing president dubbed Johnson “Britain Trump” and praised him for taking the UK out of the EU.

Several members of Biden’s transition team have anonymously briefed against Johnson to the British media and  Tommy Vietor, who worked with Biden in Obama’s White House, called Johnson a “shape-shifting creep” who had made “racist comments about Obama”.

This shapeshifting creep weighs in. We will never forget your racist comments about Obama and slavish devotion to Trump but neat Instagram graphic. https://t.co/aXga8j5Jpv

In 2016, Johnson wrote that Barack Obama had removed a bust of Winston Churchill and that “some said it was a symbol of the part-Kenyan President’s ancestral dislike of the British empire”. He likened Hilary Clinton to a “sadistic nurse in a mental hospital” in an article supporting her 2008 Presidential campaign.

Richard Black, director of the Energy and Climate Intelligence Unit, said that Biden’s decades of experience in politics meant he was likely to be “pragmatic” about these comments. “The big thing will be how the government plays things from now on,” he said.

This was echoed by US Senator Chris Coons, an ally of Joe Biden and contender for the role of secretary of state. He told the BBC that, while he didn’t like the “part-Kenyan” comment, “rather than re-litigating or revisiting comments that may have been made days or years ago, I think [we will] reimagine our engagement with our vital allies around the world.”

In a brief message of congratulations to Biden and his running mate Kamala Harris, Johnson said he looked forward to working together on the shared priority of climate change. He repeated this theme in a later interview, saying: ““With President Biden in the White House . . . we have the real prospect of American global leadership in tackling climate change”. The UK’s Foreign Secretary Dominic Raab told the BBC that he had spoken to Coons and that cyber, security and climate change were areas the two countries could co-operate on.

Speaking before the US election, the chair of the UK’s Foreign Affairs Committee Tom Tugendhat told a webinar that climate change was a way for the UK government to repair its relations with Biden. He said: “If we’re sensible, what we will see is the UK offering the Biden White House a very generous share of the Cop talks in order to bring them in. Will it work? I don’t know but, at the moment, given the frostiness of the relationship between the putative White House and the actual Number 10 it does seem as though something will be needed.”

Biden promised to expose ‘climate outlaws’. Here’s who could make his list

Peter Betts, a Brit who previously led climate negotiations for the EU, told Climate Home that prospects for UK-US cooperation on climate change were “excellent”. He said: “A forward-leaning US administration will considerably increase the chances of major progress on climate issues, from NDC [climate plan] enhancement, to green recovery and debt relief, to reform of the international financial institutions.”

The UK has an opportunity to coordinate on these issues as conveners of the G7 in 2021, said Rachel Kyte, dean of the Fletcher School and former sustainable energy representative for the UN secretary general. However, she added the US’ focus would be on its relationships with the EU and China. “The UK has to accept that outside the EU it is on the edge of that critical three-way partnership.”

Black agreed. “Where does the Johnson government find a foothold in that?” he asked. “It can play most effectively if it is seen to be working hand in hand with the EU on climate change.” The UK and EU are approaching the end of drawn-out and heated negotiations over what trading arrangements will come into force when the UK fully leaves the EU on 1 January 2021. “If they’re still arguing next year then I think that will cast a real shadow on UK relationships with the US across all subjects,” Black said.

Black said that the UK should follow the French example from the 2015 Paris Agreement to avoid being “sidelined at its own summit”. “At Paris, the big thing was the US-China relationship which was then supplemented by lots of good diplomacy done by the French,” he said.

UK-US relations will also be shaped by trade deal negotiations. As it leaves the EU, the UK government is keen to secure free trade deals and the one with US is seen as the most important. According to Clare Healy, who has worked for the British Labour Party and the US Department of Energy, if the UK was to “hardwire” climate change into its trade deal, that might impress the Biden administration.