The UK prime minister’s plan for a “green industrial revolution” sends a strong political signal, but more is needed for a credible decarbonisation strategy ahead of Cop26 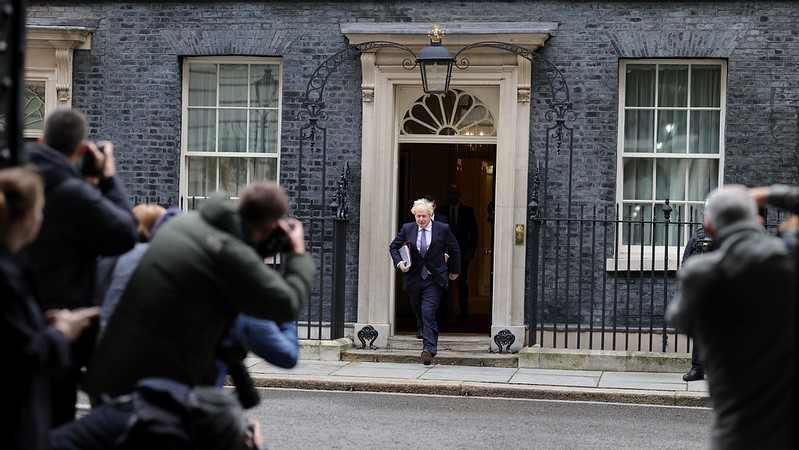 From flirting with climate science denial to promising a “green industrial revolution,” Boris Johnson has come a long way.

The UK prime minister’s 10-point plan released on Wednesday, a package of measures to create jobs and boost green investment in the economic recovery from Covid-19, sent an important political signal.

But Johnson has further to go to turn it into a comprehensive decarbonisation strategy and project the kind of leadership needed from the host of next year’s Cop26 UN climate summit.

Under current projections, the UK is not on track to achieve its previous goal of reducing emissions 80% from 1990 level by 2050, let alone the recently updated target of net zero emissions.

A back-of-the-envelope calculation by Simon Evans, policy editor at Carbon Brief, suggests the new measures would close just over half the emissions gap to stay within the UK’s carbon budgets to 2032.

Chris Stark, chief executive of the Committee on Climate Change, the UK government’s official climate advisor, described the announcement as “a vision statement rather than a plan” that could indicate a “a more fully-fledged UK strategy is now emerging”.

A policy paper on energy, an infrastructure investment package and a Treasury review of net zero are expected later this year.

As host of the Cop26 climate summit, the UK has the opportunity to forge a way forward to cutting greenhouse gas emissions to net zero by 2050 and set the pace for climate action for the next decade.

Johnson, who inherited the Cop26 presidency bid from his predecessor Theresa May, will be in the limelight. The former London mayor, who served as foreign secretary in the previous Conservative government, is known for his lack of attention to detail and his off-script speeches, peppered with references to classical literature.

To be taken seriously, Johnson must lay out a credible plan for the UK to achieve its climate neutrality goal.

Johnson’s announcement “is important because it signals that [climate action] must be a priority for any government, but what it isn’t is a plan,” Matthew Pennycook, the Labour opposition’s shadow climate minister, told Climate Home News. “The policy gap is growing. This is a missed opportunity.”

The statement did include some significant announcements, which, if delivered, will “take a big chunk off UK emissions over the next decade and beyond,” Stark said.

A pledge to phase out the sales of petrol and diesel cars by 2030 – 10 years earlier than previously proposed – would put the UK only behind Norway for the most ambitious goal in the personal transport stakes.

Guy Newey, a former government advisor turned strategy director at Energy Systems Catapult, which works to accelerate the transformation of the UK’s energy system, described the move as a “real political risk” for the Conservatives and an indication of the Johnson’s “seriousness” on climate action.

This is a step change for Johnson, who this time last year refused to take part in an debate on climate change with opposition leaders ahead of the December 2019 election.

Four years earlier, shortly after the Paris Agreement was signed in 2015, Johnson wrote in a Telegraph column that “global leaders were driven by a primitive fear that the present ambient warm weather is somehow caused by humanity; and that fear – as far as I understand the science – is equally without foundation”.

A number of proposals that have been discussed by government officials in recent weeks, including a ban on fossil fuel financing overseas and the creation of a national investment bank to support green finance, were notably absent.

“I am concerned that there isn’t the focus that there needs to be on Cop26 at the centre of government and Number 10,” said Pennycook. “How can we be a climate leader… if we continue to pump money into fossil fuel overseas? We need more urgency, more ambition and a comprehensive approach,” he said.

Campaigners have also pointed out that only a third of £12 billion of investment pledged was new funding, which pales in comparison to an additional £16.5bn over four years committed to the defence budget on Thursday. And it’s much less than Germany and France’s respective €40bn and €30bn green stimulus packages.

Consultancy firm PWC estimates the UK needs to invest £40bn annually over the next 10 years into low carbon and digital infrastructure to get on track for the 2050 goal.

£4bn is “a fraction” of the government’s planned £27bn roadbuilding scheme, Caroline Lucas, the UK’s only Green lawmaker, pointed out on BBC’s Radio 4. “The resources aren’t there in order to make this a really strategic package. It completely fails to rise to the gravity of this moment,” she said.

But it was enough to spark tensions between Number 10 and the Treasury over how much money to invest in carbon-cutting efforts at a time the UK budget continues to be squeezed by addressing Covid-19.

Claire O’Neill, former Cop26 president-designate who was booted out of the role in February, said Johnson’s announcement had followed “a soap opera at the top” of government, which saw Johnson’s closest advisor Dominic Cummings and his communications director Lee Cains leave last week.

In the run-up to Cop26, Tom Evans, researcher on geopolitics and diplomacy for think tank E3G, said Johnson will have to learn to balance political salience that drives momentum for greater action with the hard work of behind-the-scenes negotiations.

Johnson may enjoy “flashy moments and dazzling speeches” but the work of the Cop26 presidency is long and arduous, he said. “A 10-point plan does not work to solve adaptation finance”.

Climate observers are hoping a summit on 12 December, which the UK is co-hosting with the UN and France to mark the fifth anniversary of the Paris Agreement, will be a moment to reveal further domestic commitments.

The UK is expected to present a 2030 climate plan – or nationally determined contribution (NDC) – by the UN’s 2020 deadline. This will be its first solo submission to the UN, as the country leaves the EU.

To enhance its plan, the UK would have to adopt a target that is higher than 64% of emissions cuts from 1990 levels by 2030. Pennycook said anything below the high 60s would be insufficient, adding the Treasury has launched a review looking at a target range of 61-68%.