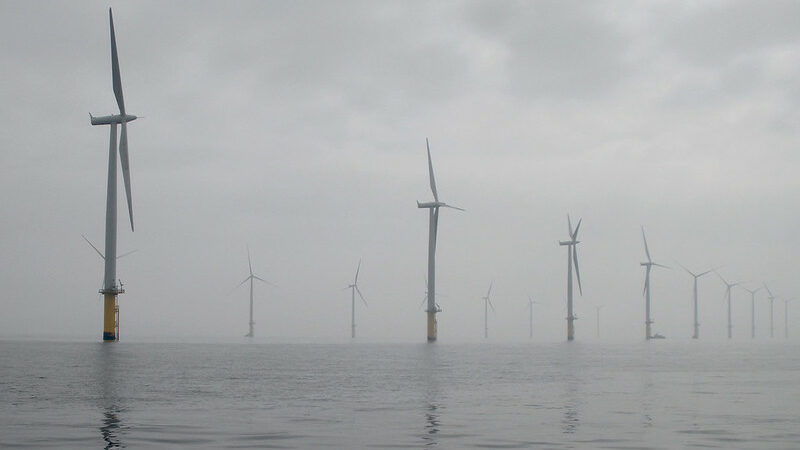 The UK is aiming to install 40GW of offshore wind power capacity by 2030 (Pic: Paul/Flickr)

After months of teasers, Boris Johnson’s climate vision for the UK was rushed out on a Tuesday evening with five hours’ notice to the media, securing favourable front pages.

By the time the critics caught up, Number 10 had moved on to announcing a larger sum of investment in defence. The deeper climate analysis was relegated to centre pages — or lower traffic, for the mostly online readership.

So it was with us. Here’s the first glance at the 10-point plan and the considered verdict. It’s not a bad start, but more money and policy detail is needed to make it line up with the UK’s net zero ambition.

The work of the Cop26 presidency is about more than announcing flashy hydrogen projects; tough issues around climate finance and carbon markets require sustained political engagement.

A year after returning to power in Canada with a minority government, Justin Trudeau has presented a climate bill with a 2050 net zero target — but no specific commitments before 2030.

China is expected to meet the UN end-of-year deadline for submitting an updated 2030 climate plan, but will it put a stop to coal plant building?

Vladimir Putin has internally reaffirmed Russia’s weak 2030 climate target, which allows for emissions to rise as he pursues an Arctic gas boom.

The UN shipping body approved a package of short-term fuel efficiency measures that are forecast to allow emissions to grow 14% this decade, to the outrage of campaigners.

The Munda minority in Bangladesh face extra barriers to adapting to the devastating regional impacts of climate change.

Swathes of Central America are reeling from two intense hurricanes, in a record-breaking season.