As developing countries prepare to negotiate a scaling up of climate finance at next year’s Cop26, the UK host faces criticism for reneging on its aid commitment 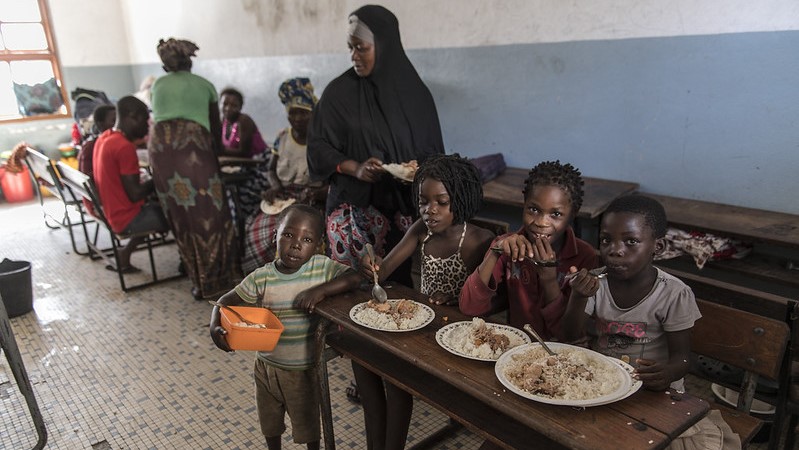 The UK government has cut its overseas aid budget, in a move that risks alienating allies in the developing world ahead of hosting Cop26 climate talks.

On Wednesday, UK chancellor Rishi Sunak announced plans to slash the aid budget to 0.5% of national income from next year until “the fiscal situation allows” the country to return to its previous 0.7% commitment.

Sunak told parliament “sticking rigidly” to the 0.7% pledge was “difficult to justify to the British people… during a domestic fiscal emergency, when we need to prioritise our limited resources on jobs and public services”. Of the 30 developed countries, mostly in Europe, signed up to spend 0.7% of income on aid, the UK was one of only five to meet the target last year.

A commitment to spend £11.6 billion on climate finance for developing countries over 2021-25 will be protected, according to an accompanying document.

Nonetheless, the move went down badly with poorer nations, many of which are struggling to fund basic services as their debts mount during the coronavirus crisis.

Sonam Wangdi, of Bhutan and chair of a group of 47 least developed countries (LDCs), tweeted that vulnerable countries needed more, not less, support.

In a time when #LDCs need support more than ever, #ODAfunding cuts take us in the wrong direction. With global problems of #COVID & #climatechange, we need more solidarity – not less. As @COP26 President, we call on the UK to lead, not retreat @hmtreasury @FCDOGovUK

Under the Paris Agreement, donor countries are expected to submit information about their climate finance pledges beyond 2020 by the end of the year. Next November’s Cop26 in Glasgow, UK, will also launch negotiations on a new collective finance goal to be agreed before 2025.

More than a decade ago, rich countries agreed to collectively mobilise at least $100 billion a year from 2020 to help developing countries green their growth and cope with the impacts of climate change. The latest data compiled by OECD from 2018 put the figure delivered at $78.9 billion.

The report found developing nations were expected to pay back nearly three quarters of the money, leading to concerns over the role climate finance in contributing to some countries’ unsustainable debt levels. Anti-poverty charity Oxfam described it as “an overlooked scandal”.

At Cop26, donor countries will be held to account for the $100bn and called on to multiply their support.

“We are at a crucial moment when the conversation on the public and private finance is reaching a tipping point,” said Dasgupta. “$100bn [annually] is no longer the relevant number. The scale of finance that we need is so much bigger.”

“The new climate finance goal must be based on science and reflect the actual needs of developing countries,” Sonam Wangdi, of Bhutan and chair of a group of 47 Least Developed Countries (LDCs), told Climate Home by email. “With Cop26 delayed a year, these discussions will need to progress quickly.”

LDCs alone require $93.7bn per year to fully fund their climate plans, Wangdi added. “Considering only 14% of climate finance is currently going to LDCs, the existing $100bn goal is clearly far from enough, even if it was being met.”

Sustainable Energy for All’s latest report found that “chronic underinvestment” in energy access was putting the world decades off track to ensure access to affordable and sustainable energy for the world’s poorest by 2030.

Only one third of annual investments needed to achieve electricity supply to all homes were tracked in 2018 and less than 3% of the finance needed to ensure global clean cooking access, the report found.

As Cop26 host, it falls to the UK to move the dial on climate finance and rally donor countries to commit to more funding beyond 2020.

Speaking at finance summit hosted by France earlier this month, Alok Sharma, Cop26 president designate and UK’s business minister, said there was “much further to go” to meet the $100bn goal and urged donor countries to “match [the UK’s] ambition”.

Dharshan Wignarajah, deputy director for the finance and resilience work of the Cop26 team, said last week the UK was making “a strong diplomatic push” to encourage the top 16 donor countries to come forward with new pledges at an ambition summit on 12 December, co-hosted by the UK.

With just over two weeks before the event, which marks the fifth anniversary of the Paris Agreement, Tom Evans, of think tank E3G, said the UK aid cut was “a major strategic mistake” and would erode the trust between the Cop26 host and developing countries.

Andrew Norton, director of the International Institute for Environment and Development, agreed it sent the wrong signal to climate vulnerable countries.

The UK is “deeply damaging its fight against the climate crisis and nature loss” and risks “undermining its capacity to provide global leadership as it prepares to take over the G7 presidency and host the UN climate summit next year,” he said.

The return of the US to climate cooperation under Joe Biden “will bring positive dynamics,” she said, but the UK needed to do more to ensure countries deliver on the full financial architecture to implement the Paris Agreement.

Dasgupta said the UK “could be playing a leadership role” in changing the conversation on climate finance to reflect the scale of investments needed to finance the energy transition.

“There may not be new finance commitments [this year] but we need to recognise that much more finance is needed and donor countries need to step up,” he said.