Comment: Imazon study finds indigenous people’s territories at greatest risk from forest clearance as a result of growing agricultural activity under the agreement 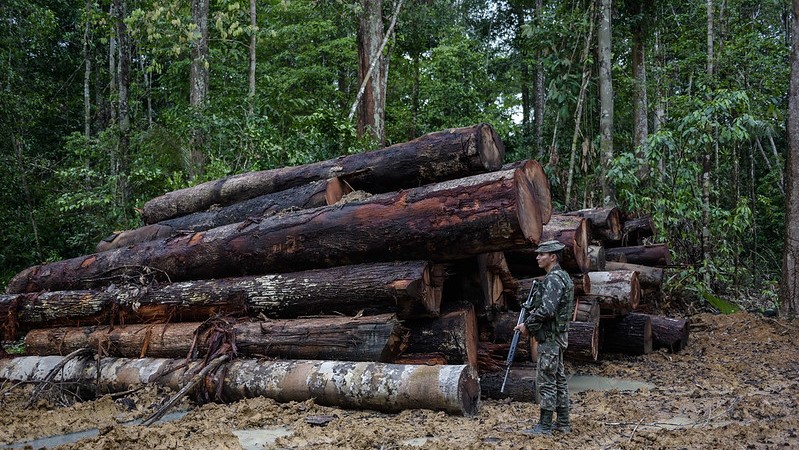 Opposition was fierce when the European Union agreed to a trade pact with the Mercosur bloc of nations in June 2019.

I was among the critics who argued that slashing tariffs on goods imported into the EU from Brazil, Argentina, Uruguay and Paraguay, would fuel demand for Brazilian commodities that could lead to additional deforestation if proper safeguards were not in place.

In the 18 months since, opposition to the Mercosur Agreement has intensified, both in Europe and Brazil.

From European campaigners to Brazilian Indigenous groups, and from countries to parliaments, there has been outrage at the soaring deforestation in the Amazon, along with the devastating fires which have swept through there two years in a row. These environmental atrocities have run in tandem with social crimes: as Brazil has witnessed an increasing number of violent land grabs and murders of a record number of Indigenous Peoples.

Underpinning these events is the perilous course charted by the Brazilian government, led by President Jair Bolsonaro, which has reduced the country’s environmental protections and led proposals to open Indigenous’ Peoples’ lands for commercial use.

But how much more damage is the Mercosur deal really likely to cause?

The agreement — which took 20 years to negotiate — still needs to be signed by the European Council, approved by the European Parliament, and then ratified by the national parliaments of EU member states, and this question will be central to their deliberations.

Two studies, one conducted by the London School of Economics (LSE) for the European Commission, released in July, and one by the Commission Ambec for France, published in September, have both identified the trade deal’s likely negative impact.

While the estimates vary across the studies, they are clear that the severity of the environmental impact in Brazil will grow without an effective approach to environmental and human rights protections in the country. A new study by researchers hired by the Brazilian NGO Imazon goes further, suggesting that other experts have underestimated the impact of efforts in Brazil to weaken environmental safeguards and undermine Indigenous rights to their land.

The new study also asks where deforestation is most likely to occur as a direct result of the Mercosur deal, with a focus on Brazil’s Amazon and Cerrado regions.

Ultimately free trade agreements reverberate in local communities: in the individual lives of men, women and children, and in the destruction of the unique patches of forest and habitats which surround them.  Knowing the territories at greatest risk of deforestation under different circumstances, helps provide the insights necessary to prevent it.

The research team that Imazon pulled together found that many of the areas at greatest risk of deforestation from increases in agricultural activity border Indigenous territories. The dismantling of protections for these territories will make it harder than ever for communities to resist invasion and deforestation on their lands.

The study also found that the risk of additional deforestation is greatest in areas where recent deforestation has been high – specifically the eastern and southern portions of the Brazilian Amazon biome in the States of Pará, Mato Grosso and Rondônia.

It’s impossible to separate the impact that this trade deal will have in Brazil, while ignoring the influence of laws, policies, environmental standards and governance. So the study also weighs up the impact the trade pact will have under different policy governance scenarios.

My co-authors and I found that without strong anti-deforestation protections and good governance, the scale of additional deforestation in Brazil more than doubles. This bodes ill for the forests and forest peoples of Brazil, should the trade agreement move forward as written.

The Imazon study adds more detail to the already compelling body of evidence on the potential impacts of the pact on forests and the communities that depend on them for their livelihoods.

To address these concerns, the EU and Mercosur countries’ trading relationship should be revised to insist that companies seeking market access commit to respecting international standards on the environment and human rights. To this end, the agreement should include robust and enforceable measures.

Brazil is currently on track to miss its own National Climate Change policy targets. Before the EU considers its trade deal with Mercosur, in any form, the country’s surging deforestation trends must be reversed, and rates brought at least in line with the country’s own targets.

In the words of Kretã Kaingang, of the Articulation of Indigenous Peoples of Brazil (APIB): “We have to make it clear, when the forests burn, indigenous lives are lost. This treaty increases the threats to our lives, to our culture, and way of living. This deal will bring fire, destruction, and more illegal loggers to our territories.”

Paulo Barreto is a senior researcher at Imazon, a Brazil-based independent non-profit organisation which promotes conservation and sustainable development in the Amazon