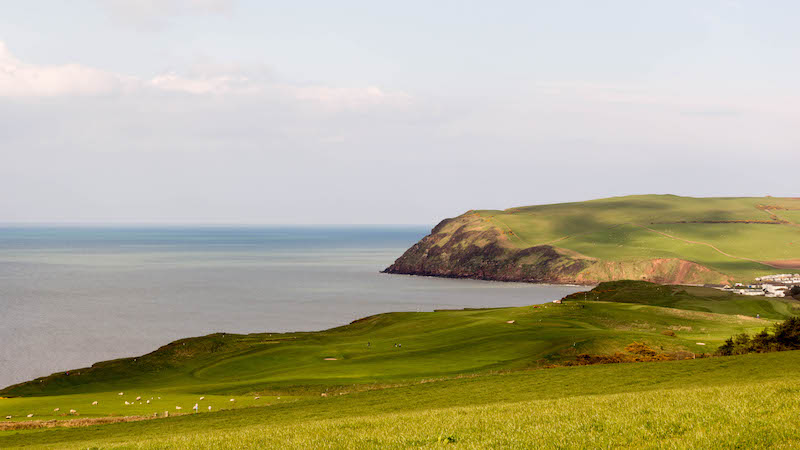 Under a mining company proposal, coal will be extracted from underneath the sea off the St Bees headland, Cumbria, UK (Photo: Sophie Yeo)

The UK government will not block the controversial opening of the UK’s first deep coal mine in 30 years, despite major environmental objections.

Minister of housing and communities Robert Jenrick said on Wednesday that he would not intervene in plans to open the coal mine in Cumbria, northwest England.

The £165 million West Cumbria Mining project is to extract coking coal from below the Irish Sea for steel production, which will emit an estimated 8.4 million tonnes of carbon dioxide equivalent a year when burned.

Campaigners argue that the government’s decision breaches the UK’s climate commitments and weakens its leadership credentials ahead of hosting Cop26 climate talks in November. A spokesperson for the Cop26 presidency declined to comment.

The UK has a target in legislation to reduce emissions to net zero by 2050 and the government must meet a series of shrinking “carbon budgets” set by an independent commission to get there.

West Cumbria Mining says the mine will create 500 jobs in a region struggling with high unemployment and that it will be closed by the end of 2049, making it compatible with the UK’s 2050 net zero target.

In a letter to Jenrick, 13 independent climate experts argued that a 2049 end date is “wholly inappropriate” and that it will “hinder the ability of UK industry, particularly the steel industry, to innovate and decarbonise.”

“It’s not enough to claim compliance with the Climate Change Act by setting a 2049 end date. [The project] needs to be compliant with the carbon budgets,” Rebecca Willis, one of the signatories and expert lead at Climate Assembly UK, told Climate Home News. “It is very hard to see how you can be ratcheting down carbon emissions successfully if you have projects like this.”

Willis added: “This government has consistently and loudly shown its support for the net zero target, and will be hosting the crucial Cop26 climate summit… The government’s decision to allow long-term investment in coal, the most polluting of all fossil fuels, is completely at odds with its stated ambitions, and will slow national and global progress on climate.”

Energy policy professor Jim Watson said on Twitter “the future has to be decarbonised steel”, adding: “This decision is not compatible with global leadership of the net-zero transition.”

Swedish youth activist Greta Thunberg took the case as an example to question the credibility of net zero targets in general. “These vague, insufficient targets long into the future basically mean nothing today,” she tweeted.

Whitehaven: The UK ex-mining community where coal is making a comeback

In 2016, the UK government said it would close all coal power plants by 2025. The UK formed an alliance with Canada to end coal power generation and “accelerate the international transition from burning coal to using cleaner power sources.” It has not set an end date for the use of coal in steel production, however.

In a statement, the ministry of housing, communities and local government said the planning application should be determined by the local council. “Planning decisions should be made at a local level wherever possible. This application has not been called-in and is a matter for Cumbria County Council to decide,” a spokesperson said.

Tim Farron, a Liberal Democrat lawmaker representing the Westmorland and Lonsdale constituency in south Cumbria, described the new mine as a “complete disaster for our children’s future.”

“It’s utter and rank hypocrisy for this Conservative Government to claim one minute that they care about protecting our environment, and in the next give the green light to a deep coal mine in Cumbria,” Farron said on Twitter.

Have just received a letter from Government saying they have rejected my request for them to call in the planning application for a new coal mine in Cumbria.

This is an almighty backwards step in the fight against climate change and a complete disaster for our children's future.

Labour lawmaker and former energy minister Ed Miliband also opposed the government’s decision, commenting on Twitter: “Government rhetoric about climate exposed as hollow by their decisions when they refuse to even call in a new coal mine. Not the way to build a fair, zero-carbon future with sustainable jobs, or show an example to all the other countries we need to move away from coal.”