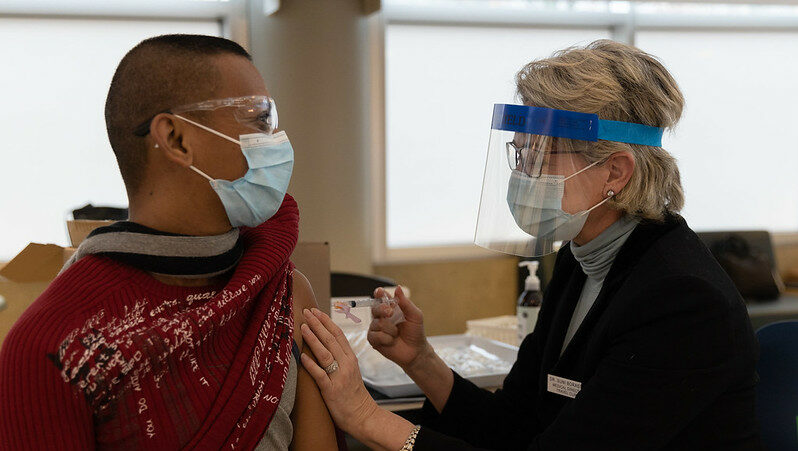 Vaccines against Covid-19 are being rolled out around the world (Pic: Province of British Columbia/Flickr)

Expectations for 2020 were largely confounded by the coronavirus pandemic. Barring further surprises, 2021 will be shaped by a two-speed recovery.

In most of the Asia-Pacific region and much of Africa, the virus is under control and economic activity — with its associated emissions — is bouncing back. In Europe and the Americas, the health crisis is far from over.

Everywhere, spending to revive traumatised economies is inseparable from efforts to ratchet up climate ambition, five years after the Paris Agreement.

Most governments missed the 2020 UN deadline to submit new or improved climate plans. They effectively have an extension until November, when the postponed Cop26 summit takes place in Glasgow, UK.

Will Cop26 be a victory lap for leaders who have built back greener, or a grim inventory of fossil fuel bailouts and broken climate finance promises?

In the US, a remarkable victory for the Democrats in two Senate runoffs in Georgia — the “peach state” — was overshadowed by a violent mob storming the Capitol, incited by the outgoing president.

On paper, the election results give the Democrats control of both houses of Congress, boosting the ability of president-elect Joe Biden to progress his climate agenda.

However, the shocking scenes from DC reflect the fact a significant minority of US citizens buy into Donald Trump’s lie the presidential election was stolen from him — a huge challenge to Biden’s authority.

China’s national emissions trading scheme has been years in the making, with a number of false starts. At last, it is here.

The scheme is initially limited to the power sector, which alone accounts for double the emissions of the EU’s carbon market, previously the world’s biggest.

Lax emissions standards mean very few coal generators will have to buy pollution permits to start with, experts say, but the framework is there to drive deeper carbon cuts in the future.