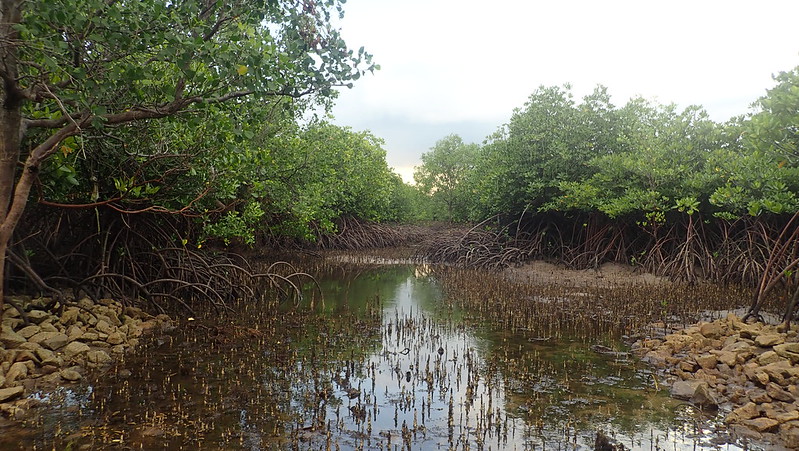 Replanted mangroves, which store carbon, give a home to wildlife and buffer human settlements from storm surges (Pic: Ria Tan/Flickr)

“Bla bla bla” was Greta Thunberg’s review of the One Planet Summit hosted by France on Monday.

Well sure, we all know that feeling. It’s true that governments’ record of protecting biodiversity is weak — none of the Aichi goals set in 2010 have been fully met.

But given that one of the biggest barriers to restoring nature is a lack of cash, the pledges and financial initiatives announced were not immaterial.

France and UK each promised to dedicate a substantial portion of their international climate finance to “nature-based solutions” (a bit of jargon that will need a lot of unpacking) and urged others to do likewise. For starters, donors stumped up $14 billion to reinvigorate the Great Green Wall initiative across the Sahel.

This is a reprioritising of existing finance commitments, not new money. All the same, it merits scrutiny.

Planting a forest raises a whole different set of questions to installing a wind farm. Is it what recipient countries want? How do you balance the demands on land for wildlife, carbon storage and people’s livelihoods? How do you make sure trees protected one year are not cut or burned the next?

One country counting on its natural capital to deliver a big leap in climate ambition is Colombia.

Since official forces made peace with Farc rebels in 2016, deforestation has surged, as people rushed to clear newly demilitarised areas for ranching, logging and plantations.

With its new climate plan, the government is trying to turn things around, but experts say it has a long way to go.

With the next UN scientific blockbuster report on how to halt dangerous climate change due to hit government inboxes on Monday, some experts are unhappy at a lack of prominence given to organised obstruction from vested interests.

Robert Brulle, a US sociologist specialising in the issue, likens it to “trying to tell the story of Star Wars, but omitting Darth Vader”.

Co-chair of the report process Jim Skea disagrees, saying the content on fossil fuel lobbying is proportionate to the scientific literature and “it’s not our job to take up arms and take one side or another”.