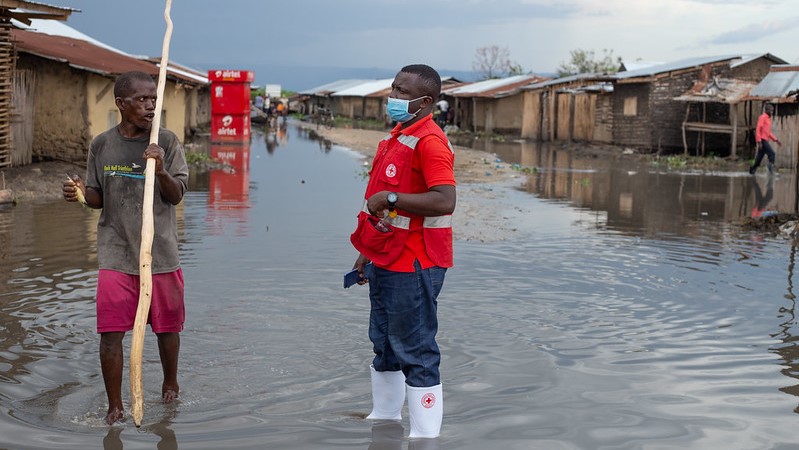 The US will “significantly increase” funding to help vulnerable communities cope with the impacts of climate change, including through concessional finance, presidential climate envoy John Kerry has said.

Speaking at the first global summit on adaptation hosted by the Netherlands on Monday, Kerry said: “In the long term, driving towards net zero emissions no later than 2050 and keeping a 1.5C [warming] limit within reach remain the best policies for climate resilience and adaptation.

“There is simply no adapting to a 3 or 4C world, except for the very richest and most privileged.”

Under the Paris Agreement, countries have agreed to limit global temperature rise “well below 2C” and strive for 1.5 – a tougher goal on which the survival of vulnerable communities depends.

In the shorter term, Kerry said the world needed to “protect communities from the impacts of climate change that are already built in to the emissions that are in the atmosphere” or risked facing “dramatic reversals in economic development for everybody”.

He pledged the US would “significantly increase” the flow of finance to adaption and resilience initiatives, including concessional financing, which usually refers to loans with more generous terms than the market rate. He promised the new administration would “make good on our climate finance pledge”.

The US owes $2bn to the UN-backed Green Climate Fund after Donald Trump reneged on a previous US pledge to the fund under Barack Obama.

With the Biden administration only in its first few days in office, Sven Harmeling, global policy lead on climate change and resilience at NGO Care International, welcomed Kerry’s commitment to increase concessional finance to help the most vulnerable cope with climate impacts. “But this needs to be followed up by concrete numbers soon,” he told Climate Home News.

“It is clear we need bold action on adaptation and emission cuts for 1.5C in parallel.”

The two-day virtual summit brought together heads of state, political, business, civil society leaders and young people to drive concrete actions on helping the world’s poorest and most vulnerable respond to intensifying climate impacts. A framework, called the Adaptation Action Agenda, to accelerate actions for climate resilience to 2030 was also launched.

Citing analysis by the Global Commission on Adaptation, Dutch prime minister Mark Rutte said $1.8 trillion invested in climate adaption in the next decade could deliver $7.1 trillion in net benefits.

“Not only is it the right thing to do, it’s the smart thing to do,” said, calling on governments to put adaptation “at the heart of the Covid-19 response”.

UN chief António Guterres called on donors and multilateral development banks to help plug an existing $70 billion annual gap for addressing climate impacts by scaling up finance and allocating half of climate funds to adaptation programmes. Currently, about one fifth of climate finance goes to adaptation – and analysis by Care International found that figure may have been overreported.

“Young people, especially young women and those from indigenous communities are already feeling the impacts of climate change now,” Joshua Amponsem, a climate activist of Ghana and a youth fellow of the Global Center on Adaptation, told the conference.

While there were “few concrete commitments,” Söderberg said the summit aimed to galvanise momentum for climate adaptation at leader level. “We will judge if it was a success when we can see if their nice words have been turned into concrete action,” he said.

German chancellor Angela Merkel committed to spend an additional €120 million bilaterally on adaptation and pledged €100m to the Adaptation Fund specifically to support least developed countries, on top of €50m she promised to the fund in December.

UK prime minister Boris Johnson announced the launch of a global coalition to address climate impacts, building on a joint initiative with Egypt at the UN Climate Action summit in New York in 2019. Together with Bangladesh, Malawi, the Netherlands, Saint Lucia and the UN, the coalition will act as a forum sharing knowledge and best practice.

Johnson also committed to make “a resilient recovery a priority of the UK’s G7 presidency this year”.

Kerry said the White House would work to leverage US innovation on climate, promote better understanding and management of climate risks in developing nations and support collaborations between the private sector and the communities on which they depend.

He promised the US would “do everything we possibly can to ensure the Cop26 results in ambitious climate action in which all major emitter country raise their ambition significantly and in which we help protect those who are the most vulnerable”.

Referring to the US withdrawal from international climate cooperation under Trump’s presidency, Kerry added: “We come with humility for the absence of the last four years and we will do everything in our power to make up for it.”