From Denmark’s Dan Jørgensen to Malawi’s Nancy Tembo, here are the leaders to watch ahead of UN climate talks in Glasgow, UK 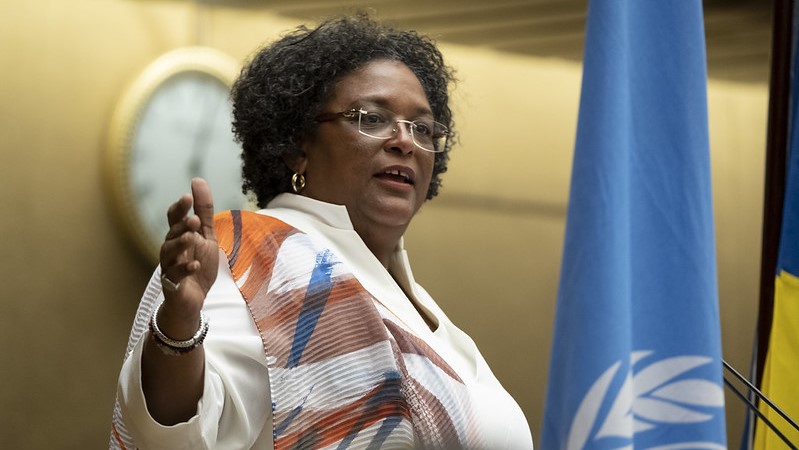 The UK is deploying the full breadth of its diplomatic network to mobilise countries’ climate ambition and find landing zones on key issues ahead of critical climate talks this year.

“But it can’t do everything,” Nick Mabey, chief executive of think-tank E3G, tells Climate Home News.

The host nation of the Cop26 climate summit in Glasgow in November has a huge task to lead the world to greater climate action and close the gap between collective national targets and the Paris Agreement goals.

For that, the summit will have to deliver on the urgent needs of the most vulnerable nations while finalising robust rules to build a green and resilient global economy.

The UK will need to share out the heavy lifting and form alliances with people and nations able to shift the dial on specific issues, Mabey says.

From debt relief to designing robust carbon offsets and mobilising the finance needed to help countries cut emissions and cope with climate impacts, the world needs more climate champions. Here’s who is setting the agenda on seven key issues.

Denmark is pursuing a managed decline of the oil and gas sector, the largest oil producer in the world to do so. Climate and energy minister Dan Jørgensen says he hopes the decision will inspire others to follow suit.

Jørgensen has been named chair of a global commission, led by the International Energy Agency, to promote a “people-centred” transition to clean energy.

The commission is due to present recommendations ahead of Cop26 in Glasgow, UK, on how to ensure communities dependent on the fossil fuel industry for their livelihoods are not left behind.

“There are a number of ongoing conversations around launching a ‘first movers’ club at Cop26 that would bring together the countries that have committed to ending new exploration and production,” says Romain Ioualalen, senior campaigner at Oil Change International.

The club, he says, would track commitments by countries and regions and establish a diplomatic strategy to encourage others – with progressively bigger oil sectors – to join.

Denmark’s plan to phase out oil and gas production puts pressure on North Sea neighbours the UK and Norway to reconsider their support for continued exploration, for starters.

The coronavirus pandemic has caused many developing nations’ debt to balloon. Without fiscal space, vulnerable nations are at risk of diverting money away from climate programmes to guarantee basic social protection.

The G20 has agreed a debt service suspension initiative to June 2021 but debt-ridden nations need longer-term solutions. Creditor countries are due to discuss the issue at the G20 and G7, where proposals for a permanent disaster fund will be considered.

Barbados prime minister Mia Mottley, who chaired an alliance of 20 Caribbean countries in the first half of 2020, has championed an initiative developed by small island developing states for tailored and long-term solutions to address the debt crisis.

In recent months, Mottley, who also serves as the country’s finance minister, has called for “new flexible development finance instruments” at a joint roundtable co-organised by the UK.

She backed the “Debt Relief for Green and Inclusive Recovery” project, a blueprint for low and middle-income countries with unsustainable debt geared to achieve the Paris Agreement and development goals.

Barbados is due to host a meeting of the UN Conference on Trade and Development in October – another opportunity to promote this agenda.

Donor countries promised to mobilise $100bn per year to help poorer nations cut emissions and cope with climate impacts by 2020 – a target they are yet to meet. This year, negotiations are due to begin on a new – higher – finance goal from 2025.

In France Remy Rioux, chief executive of the French Development Agency (AFD), has been driving reform among public development banks.

In November, the AFD organised the Finance in Common summit, which culminated in 450 public development banks committing to align their activities with the Paris Agreement goals and to mainstream adaptation.

They promised to “work towards” phasing out coal finance and “consider ways and means” of reducing fossil fuel investments – language that disappointed campaigners but pushed the envelope for some key Asian players.

“There is pressure on [France] to pick up this agenda,” says Alex Scott, E3G’s climate diplomacy programme leader, but Emmanuel Macron’s policy on public finance is “not really delivering”.

In December, Macron announced France would end export finance for oil in 2025 and for gas in 2035 – much later than a planned 2021 ban in the UK. And while the country is leading on finance to restore nature, it has been criticised for delivering nearly all its international climate aid as loans, not grants.

As the world’s largest economy and home to the New York stock exchange, the US is well placed to shift the dial in the global financial system.

“The agenda has a much better chance of achieving its urgent objective: for every financial decision to take climate change into account” with the US playing a prominent role, says Giulia Christianson, of the World Resources Institute.

On his first full day in office, Kerry addressed an international business forum. It’s going to take a “massive” private sector effort to “use the marketplace effectively… to reach our goal,” he said.

Kerry is tipped to appoint “a senior business person” to mobilise ambition from the private sector and hold companies accountable to their climate pledges.

“The key will be to ensure that pragmatism and familiarity with the status quo don’t stand in the way of the kind of ambition and new, bold thinking that’s needed,” warns Christianson.

Long overshadowed by efforts to cut emissions, the need to help vulnerable communities cope with climate impacts is rising up the political agenda.

Malawi is emerging as a key ally for the UK. It is a member of the Adaptation Action Coalition launched by prime minister Boris Johnson last month to ensure political commitments for adaptation are turned into on-the-ground support.

Nancy Tembo, minister of forestry and natural resources, has called for more integrated approaches to adaptation programmes in developing nations and is working closely with the UK government ahead of Cop26.

The sub-Saharan country is also a member of the African Group of Negotiators, “which is likely to continue pushing very hard [on adaptation finance]” especially as an African country is due to host the next climate talks in 2022, says Yamide Dagnet, director of climate negotiations at the World Resources Institute.

The restoration and protection of ecosystems is increasingly favoured as a way to meet climate, biodiversity and sustainable development goals. Forests and soils can store carbon, buffer human settlements against storms and floods, and provide habitats for wildlife.

These initiatives need careful stewardship, not least to sure trees planted one year are still standing the next.

The UK has put nature at the heart of its Cop26 strategy with Zac Goldsmith, UK minister for international environment, leading on the issue. Elsewhere, high-level political leadership is lacking, says E3G’s Scott.

China is due to facilitate critical biodiversity talks in Kunming, where countries are expected to agree on a new global framework for protecting nature, but has shown limited appetite for driving ambition.

A coalition co-chaired by Costa Rica and France is championing a set of principles to promote “a good deal for nature”.

And a growing number of countries are working to define best practice, but not necessarily evangelising about it. “The work of Bhutan in this space is very strong,” says Clare Shakya, of the International Institute for Environment and Development (IIED), citing Nepal, South Africa and Ethiopia as countries integrating nature in their climate plans.

At Cop26, negotiators will try to nail elusive consensus on the rules for a new international emissions trading mechanism under the Paris Agreement. Strict conditions are critical to ensure polluters are not given a free pass.

It builds on the San José principles, launched by Costa Rica and 31 other countries at the 2019 climate talks in Madrid. And it could expand its work to the voluntary carbon offset market.

Meza, who invited ministers and climate ambassadors to the online launch event in November, said the alliance would “continue to foster thorough political discussions… to help us develop actionable, high-ambition solutions for international carbon markets”.

Costa Rica’s climate change director since 2015, Meza is familiar with the internal workings of the climate negotiations – an asset to drive progress in one of the last unresolved issues of the Paris Agreement rulebook.