In a surprising intervention, the UN chief called for climate talks to be held online, with regional “hubs” for negotiators to access reliable internet 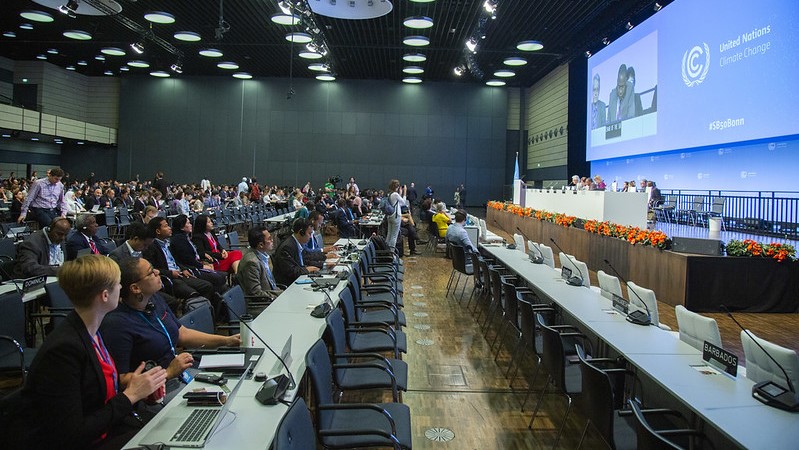 Critical negotiations to prepare for November’s Cop26 climate summit will need to take place virtually as the coronavirus pandemic is still not allowing in-person meetings and further delay is not an option, according to UN chief António Guterres.

This would be the first time UN climate negotiations were held online — a move long resisted by a majority of developing countries, which have repeatedly cited concerns around connectivity and inclusiveness.

“Because of Covid-19, it is unlikely that the usual schedule of meetings will happen in person. Preparatory negotiations for Cop26 will need to take place virtually,” Guterres told a briefing of member states by UK Cop26 president designate Alok Sharma on Monday.

“We simply cannot allow the pandemic to keep us from working together on the crucial pathway to Glasgow,” he said.

Climate negotiators have been taken by surprise by Guterres’ comments, with several sources telling Climate Home News they were not aware of his position.

A final decision on how to host preparatory negotiations is expected to be taken by the UN Climate Change bureau, which is comprised of UN Climate Change head Patricia Espinosa and a number of top diplomats that ensure geographical representation. The next bureau meeting is planned for the end of the month.

“The climate crisis is closing in. We have to prepare the ground ahead of Cop26 so we arrive in Glasgow ready to make a deal. This year cannot simply be a repeat of the last,” Sharma told the meeting.

“We need to see creative ways of conducting our discussions that have inclusivity at their very heart,” he said, adding he was consulting with parties to understand their positions and was discussing with UN Climate Change “how technology can help us move forward together”.

The move to online negotiations for the preparatory talks raises questions about planning for the Cop26 summit, due to be held in November in Glasgow, UK. UN and UK officials have been working on a number of scenarios, insisting the plan is to hold in-person negotiations in Glasgow, with the possibility of hosting other parts of the summit online.

While every country is expected to strengthen its climate ambition by Cop26, diplomats are also due to finalise an number of unresolved issues in the Paris Agreement rulebook.

This includes agreeing on a set of common rules for a global carbon market and for nations’ future emissions reduction pledges to cover the same time period.

Until now, negotiators have only taken part in informal discussions and consultations online but no formal negotiations have taken place since talks in Madrid, Spain, in December 2019.

“Without preparatory sessions…. an ambitious Cop26 is in jeopardy,” Carlos Fuller, from Belize, lead climate negotiator for the Alliance of Small Island States, told Climate Home News in recent days.

Preparatory talks ahead of the Cop26 conference have already been delayed twice because of Covid-19. Initially due to be held in Bonn, Germany, in June 2020, the talks were provisionally postponed to October before being delayed again following a second wave of infections in the autumn. No dates have yet been agreed to reschedule the meeting.

It is unclear whether plans for a third round of talks mooted to take place this year could still take place. One diplomat told Climate Home: “I’ve gone from hoping for three sessions in the second half of the year to hoping for two to hoping to just get a Cop. And I wouldn’t bet on even that.”

A number of developing countries have so far been strongly opposed to virtual negotiations. Poor connectivity, limited translation options, unfavourable time zones threaten the inclusivity of the talks, they say.

Hearing rumours of a push for UNFCCC #COP26 negotiations to go virtual.

I think would be better to delay again, if needs be.

“In climate politics, inclusiveness is delicate and necessary. We cannot leave anyone behind, especially by nature of the digital world,” he said. But “we perhaps cannot further delay the continuous work that needs to take place,” he added.

In an interview with Climate Home in October, UK lead climate negotiator Archie Young said there was “a willingness to engage virtually” but that “the vast majority [of countries] do not want negotiations to take place in a virtual setting”.

UN officials have been told to make offices and venues around the world available for negotiators to participate in virtual negotiations, creating regional hubs where participants can access stable internet connection.

Guterres accepted “there will be challenges” but urged negotiators to “adapt”. “The stakes are too high to do otherwise,” he said.

He urged countries to “make compromises” and “wrap up the negotiations” to move towards their implementation.

The rules for a new global carbon market were due to be agreed in 2018. Delays in finding an agreement has created deep uncertainty for carbon markets, with campaigners warning rules that ensure their environmental integrity are urgently needed.

“This issue cannot continue to be deferred, Cop after Cop after Cop,” Guterres said. “We need a political decision.”

With the “flexibility” of countries and “the creative guidance” of the UK Cop26 team and UN climate chief Espinosa, “we can conduct our business in an inclusive and transparent manner,” he said, adding his office would support the process “in every way possible”. 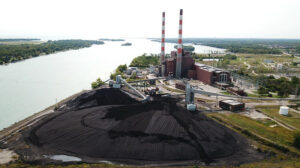 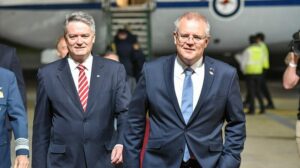