At a summit on “powering past coal”, António Guterres called on rich countries to lead, putting pressure on Japan and the US to produce exit plans 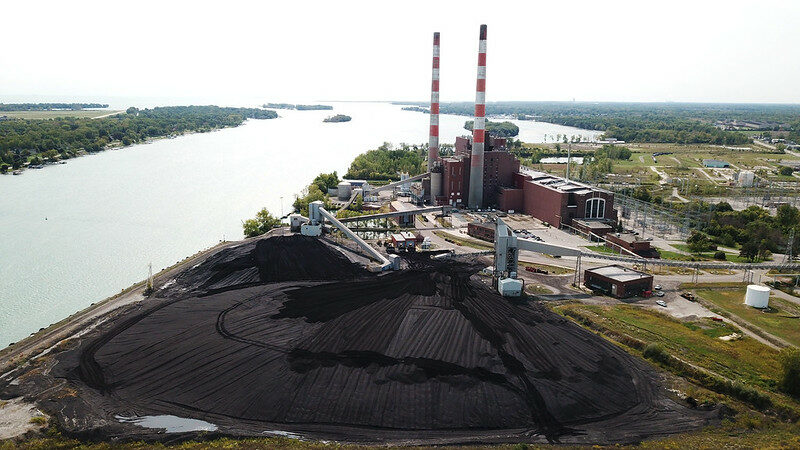 A coal power plant in Michigan, US (Pic: FracTracker Alliance/Flickr)

Members of the G7 group of rich nations must commit to exit coal by 2030, UN chief António Guterres said on Tuesday, putting Japan, the US and Germany on the spot.

Japan and the US have no formal coal phase-out plans, while Germany plans to continue burning coal until 2038.

Guterres made the comments at the first global summit of the Powering Past Coal Alliance (PPCA) on Tuesday, a joint UK-Canada initiative that brings governments, local authorities and the private sector together to accelerate the end of unabated coal burning.

“Cancel all global coal projects in the pipeline and end the deadly addiction to coal,” Guterres told the meeting of ministers, local governments, financial institutions and companies.

Only by ending coal, will the world “have a fighting chance to succeed” in meeting the Paris Agreement goals to keeping global heating “well below 2C” and strive for 1.5C, he said.

Citing scientific analysis on the 1.5C limit, Guterres urged the 37 developed and middle-income country members of the Organisation for Economic Co-operation and Development (OECD) to commit to exiting coal by 2030 and for developing nations to do so by 2040.

“Main emitters and coal users should announce their phase-out plans well before the Glasgow Conference. G7 members should take the lead and commit to this phase-out at the G7 June summit at the latest, “ he told the high-level panel of ministers.

His comments came days after a UN Climate Change report warned governments had hardly made a dent in the emissions reductions needed to achieve the Paris goals, with updated climate plans projected to cut emissions by just 0.5% by 2030 compared with 2010 levels.

Data released by the International Energy Agency on Tuesday shows global carbon emissions are bouncing back above 2019 levels, driven by a carbon-intensive recovery to Covid-19.

The two day summit co-hosted by the UK and Canada aimed to accelerate the pace of the transition from coal to clean energy ahead of the Cop26 climate talks in Glasgow, UK, in November.

Hungary, which relies on imported oil and gas, and Uruguay, which generates nearly all of its electricity from hydropower, wind and solar, joined 34 governments in pledging to phase out coal during the meeting.

All G7 countries except Japan and the US have set an end date for coal and joined the PPCA.

In Europe, foreign ministers have called for a global phase-out of unabated coal in energy productions but remain sharply divided on the timeline. France and Italy, which have less coal in their power sector, have committed to phase out coal by 2022 and 2025 respectively – putting Germany’s 2038 coal exit date into the spotlight.

Meanwhile, the UK and Canada, which are leading the global coal phase out initiative, have been accused of hypocrisy. The UK government has been slammed by its own climate advisors and NGOs for refusing to call in a decision on whether a coking coal mine should be built in the North of England.

The local authority is reviewing the decision in light of what it said is “new evidence” from the UK’s Climate Change Committee on how to align the UK’s policies with its 2050 net zero goal.

“The UK is supposed to be leading this alliance, but far from Powering Past Coal – we’re scaling back up,” said Doug Parr, Greenpeace UK’s chief scientist.

He warned that “unless plans for the mine are completely and immediately scrapped,” prime minister Boris Johnson risked “damag[ing] the credibility and moral authority needed to demand action from world leaders” at Cop26.

While Canada has committed to phase out coal-fired electricity by 2030, there are plans for new and expanded coal mining in Western Canada.

“While rapid progress has been made across much of the group…  countries like Japan and the US must drastically speed up the pace of retirements. In Japan’s case this also means cancelling their remaining project pipeline and immediately ending support to coal projects overseas,” he said.

Japan’s prime minister Yoshihide Suga has said his government would address the country’s coal dependence with a “fundamental shift” in policy, but no exit date has been agreed so far.

As of 2020, 7.3GW of new coal capacity were under construction in Japan and a further 1.3GW had been approved, according to the Global Energy Monitor. A recent analysis by NGOs shows Japanese banks remain the world’s top global coal lenders.

In the US, Joe Biden’s administration has reversed Donald Trump’s support for the declining US coal industry but has yet to announce an end date for the fuel.

Between 2016 and 2020, the share of electricity generated from coal is forecast to drop 40%, according to the US Energy Information Administration. The agency is anticipating renewables to produce more electricity than coal for 2020 as a whole – a milestone it didn’t anticipate coming until 2031 as recently as 2019.

In his climate platform, Biden promised to end overseas coal financing and seek commitments from the G20 to end all export finance for high-carbon projects. In an executive order signed in January, he promised to align the US financial flows with the Paris goal “including with respect to coal financing”.