The Japanese government is proposing to cut emissions 45% from 2013 levels by 2030, while campaigners push for deeper reductions 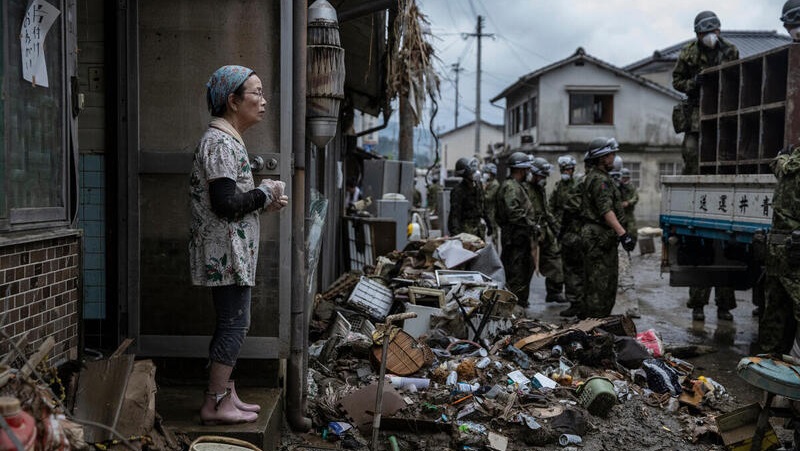 Japan is preparing to announce a strengthened 2030 emissions reduction goal this month, according to national news agency Kyodo.

The news agency reported on Wednesday that the new target would be a 40% cut from 2013 levels, then on Thursday that it would be 45%, citing government officials. The current target is 26%.

Prime minister Yoshihide Suga will have the final say, after negotiations between the environment and economics ministries.

Environmentalists and sustainable business leaders are lobbying for a target of up to 60%, with resistance coming from some industry associations.

Climate Action Tracker says a 60% cut would be “challenging” but necessary to align with the strongest target in the Paris Agreement to hold global warming to 1.5C.

Since taking over from Abe, Suga has placed a greater emphasis on the need for climate action, pledging to reach net zero by 2050.

Suga will meet US president Joe Biden next Friday and attend the US climate leaders’ summit on 22 April.

Biden is reportedly planning a 50% emissions reduction by 2030 target, based on 2005 levels.

The country’s target start date of 2013 was one of the peaks of Japanese emissions as fossil fuels replaced nuclear energy following the 2011 Fukushima disaster. Most countries use 1990 or 2005 as the start dates for their emissions targets.

Under the current energy plan, coal, oil and gas still account for 56% of the electricity generation mix in 2030. Renewables are expected to provide 22-24% of power.

Critics have said this plan phases out coal too slowly and is over-reliant on carbon capture and storage. METI is due to publish a revised energy plan in June.

In order to reduce emissions rapidly, Climate Action Tracker says Japan will have to phase out coal from electricity production by 2030 while electrifying end-use sectors and reducing electricity demand through  efficiency measures. Green hydrogen is likely to be needed for heavy industries like steel, it added.

UN chief António Guterres has called on G7 countries like Japan to phase out coal by 2030.

Kyodo reports that Japan’s 2030 target will be officially announced by the G7 summit in June.

This article was updated on 9/04 to reflect new information on the proposed level of ambition.