Friends of the Earth is launching a judicial review over the UK government’s decision to back the multi-billion development, arguing it is inconsistent with the Paris Agreement 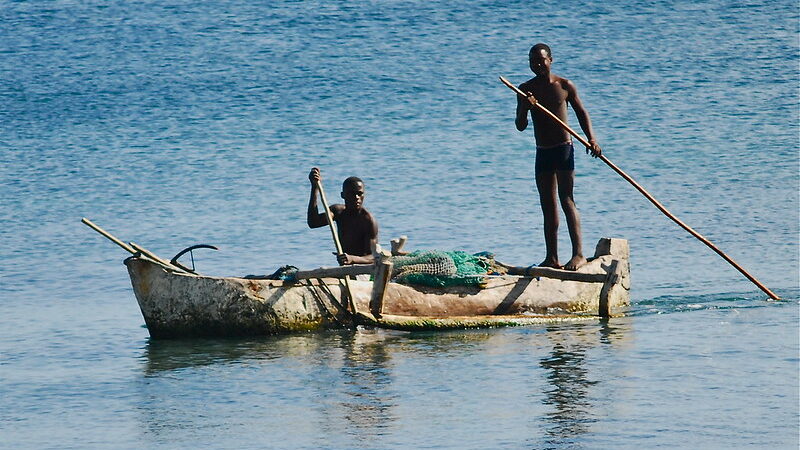 Fishermen off the coast of Cabo Delgado in northern Mozambique. (Photo: Flickr/FMira)

Campaigners have been given the green light to take the UK government to court over its $1 billion investment in a controversial methane gas project in Mozambique.

Friends of the Earth is challenging the decision by the UK’s export credit agency to contribute funding towards the $20 billion development in one of the world’s poorest and most climate vulnerable countries, which is gripped by an Islamic insurgency.

Campaigners will argue the UK government’s support for the project is inconsistent with its obligations under the Paris climate agreement.

They say the development by French oil major Total will emit 116 million tonnes of CO2 each year when the methane gas is burnt – equivalent to the annual emissions of the EU’s aviation sector. Construction alone is anticipated to increase Mozambique’s greenhouse gas emissions 10% by 2022.

The government of Mozambique hopes the development will generate billions of dollars in revenue and catapult the country to middle income status by the mid-2030s – a big gamble at a time when the coronavirus pandemic has hit gas demand.

Residents told Climate Home News last year they hoped the project would bring jobs and investment to the area, but instead came instability and violence.

As it happened: US, Japan, Canada pledged deeper emissions cuts at Biden summit

Campaigners say the UK government’s decision to support the project undermines its leadership credentials as host of the Cop26 climate summit in Glasgow in November.

“How can Boris Johnson expect the rest of the world to pull the plug on fossil fuels when his government is giving such enthusiastic support to a development that could have the same climate impact as the entire EU aviation sector?” asked Will Rundle, head of legal at Friends of the Earth.

“The UK government should be supporting the building of a cleaner, safer future – not projects that will continue to fuel the climate emergency for many years to come,” Rundle added.

Stay in the know: Subscribe to our daily or weekly newsletter

Lawyers at Friends of the Earth recently claimed that the gas development has worsened conflict in Cabo Delgado, northern Mozambique, where armed militants have killed an estimated 2,500 people and displaced almost 700,000 since 2017.

The construction stage of the project alone displaced more than 550 families from their land, destroyed the local fishing industry and attracted radicalised militants looking to cash in on the development, the lawyers said.

Total was forced to suspend work on the project in March following an attack near the town of Palma. The company shut its operations in early April and evacuated all workers due to ongoing violence in the region. Earlier this month, Mozambique’s military recently said they had regained full control of the coastal town.

Contractors fear it could be more than a year or more until work resumes at Total's Mozambique LNG site at Afungi.

One adviser warns the evacuation of the site may prevent drawdowns on the $15bn project finance debthttps://t.co/BFpx2D0hCX

The US is also backing the $20 billion methane gas development. The US Export-Import Bank (Exim) has provided a $4.7bn loan to the project.

President Joe Biden confirmed at the leaders’ climate summit on Thursday that the US will end public finance investment for “carbon-intensive fossil-fuel based energy projects”.

Campaigners have expressed concern that the phrase “carbon-intensive” leaves the door open to continue funding methane gas projects and the plan is silent on how the policy applies to Exim.