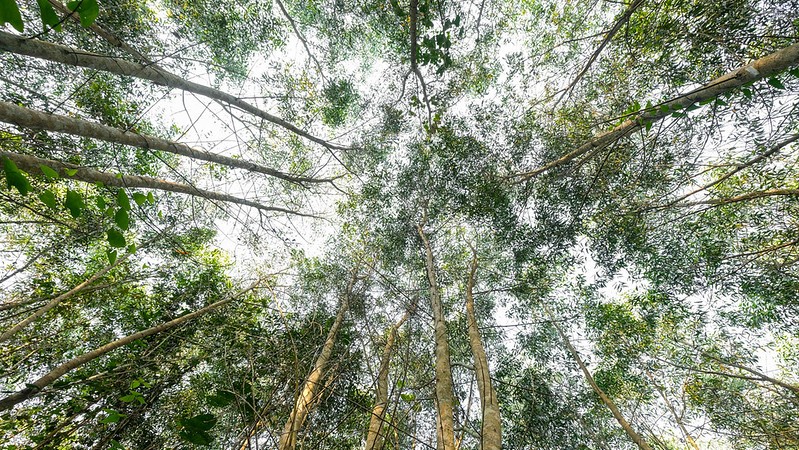 The US, UK and Norway have launched a coalition to raise $1 billion in public and private finance this year to help protect tropical forests and reduce emissions from deforestation.

The Leaf coalition, which stands for Lowering Emissions by Accelerating Forest Finance, was launched at the US leaders’ climate summit on Thursday. The public-private initiative aims to catalyse investments for forest protection “at a scale not seen before”.

Nations, states and provinces committed to protecting their tropical forests will receive funding in exchange for reducing emissions from deforestation and forest degradation against performance indicators. The coalition promised to involve indigenous people and local communities living in areas eligible for finance.

US presidential climate envoy John Kerry described the scheme as a “groundbreaking example of the scale and type of collaboration need to fight the climate crisis”.

Multinational companies including Amazon, Airbnb, Bayer, McKinsey, Nestlé and Unilever stand ready to provide finance to the scheme. All have committed to contribute to the initiative in addition to meeting science-based targets to cut emissions in their own operations.

Nathaniel Keohane, of the Environmental Defense Fund, said the coalition set “a high standard” for how companies can supplement their emissions cuts by investing in protecting tropical forests.

Describing this new model of forest financing as “a game-changer,” Keohane said the coalition could eventually “channel tens of billions of dollars per year into ensuring sustainable livelihoods for Indigenous peoples and forest communities… and protecting global forests”.

In a statement, the coalition said it aimed to help forest nations move more rapidly towards ending deforestation and achieving their climate plans.

A 2017 study published in Nature Climate Change found that a quarter of countries’ planned emission reductions to 2030 relied on forests’ carbon sequestration potential. Yet forests account for an estimated 3% of funding earmarked to cutting emissions.

Forest nations as well as individual states and provinces interested in participating in the scheme have been asked to apply by 22 July, with the aim of finalising deals by the end of the year. Payments would be based on emissions reductions linked to reducing levels of deforestation or degradation between 2022 and 2026.

A spokesperson for the coalition told Climate Home News discussions are ongoing with about a dozen countries and provinces, with Costa Rica, Guyana and three Brazilian states having taken initial steps to enroll.

Before payments are made, an independent third party will verify results and emissions cuts using the UN-backed Redd+ Environmental Excellence Standard, known as Trees, which includes environmental and social safeguards.

Jurisdictions taking part will have to show deforestation has reduced across the whole of their territory to qualify for financing, the coalition said.

As it happened: US, Japan, Canada pledged deeper emissions cuts at Biden summit

She said its success will hinge on “the full and effective participation of indigenous and local communities, who have proven to be the most effective guardians of the forest”.

Of that, 4.2 million hectares of humid tropical primary forests, which are an important source of carbon storage and biodiversity, were cleared – an area the size of the Netherlands.

Brazil was by far the biggest source of forest clearance, followed by the Democratic Republic of Congo, Bolivia and Indonesia, according to data from the University of Maryland.

“Tropical forests are indispensable to fight climate change and biodiversity loss, and have received far less attention and finance than they deserve. The Leaf Coalition takes a first, crucial step to change that”, said Norwegian prime minister Erna Solberg.

Stay in the know: Subscribe to our daily or weekly newsletter

Jo Blackman, head of forests policy and advocacy at Global Witness, said the initiative did not address the drivers of deforestation, including the supply chains of goods consumed in the US, the UK and Norway.

“If the UK, US, EU and other global leaders are serious about keeping the world’s forests standing and protecting the climate, they must commit to robust legislation that holds their own businesses to account, including banks and investors, and ensure that their supply chains and financing are deforestation free,” she said.

Global Witness research found that 300 banks and investors had backed six agribusiness companies driving some of the worst forest clearance in the Amazon, the Congo Basin and New Guinea in the tune of $44bn between 2013 and 2019.