Suncor’s chief sustainability officer is one of 26 people praised for moving Canada towards net zero emissions, despite the oil company expanding production 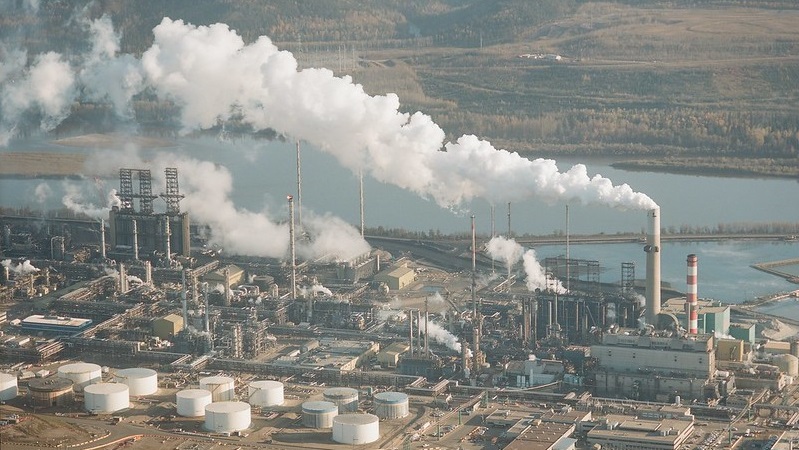 An executive of one of Canada’s largest oil companies has been named a “climate champion” by the UK government to mark six months to the Cop26 climate talks in November.

Martha Hall Findlay, chief sustainability officer at Suncor, a company which produces crude oil from tar sands, made the list of people awarded with the title.

Suncor is one of Canada’s largest integrated energy companies and is expanding its oil production. The company has pledged to reduce the emission intensity of its oil production by 30% by 2030 but made no commitment to cut its emissions in absolute terms.

Suncor CEO Mark Little is a governor on the board of the Canadian Association of Petroleum Producers (CAPP), which has repeatedly opposed climate policy and lobbied to weaken Canada’s carbon tax on the oil sector.

“Emissions from the production of oil and fracked gas are now the fastest and largest growing source of emissions in Canada. It’s too late to just talk about carbon storage and emissions intensity reductions,” she said.

“Canada wants to be a climate leader and is making some headway but until the Trudeau government acknowledges the need to wind down oil and gas production growing emissions will cancel out all our progress.”

The Canadian government was not involved in the initiative and there are no plans for the 26 “champions” to play a formal role at Cop26.

A spokesperson for the UK’s foreign commonwealth and development office told Climate Home the event was “part of the UK’s work to drive forward leadership on climate change, ahead of the Cop26 summit”. The UK’s Cop26 team did not respond to a request for comment.

Jesse Bragg, spokesperson for campaign group Corporate Accountability, told Climate Home that any business that promises alignment with the Paris Agreement but still plans to extract fossil fuels into the future “is not a climate champion” but “an obstacle to progress”.

“In fact, the only way to truly ensure the UN talks are set up for success is to completely firewall the talks from the fossil fuel industry, not roll out the red carpet for them,” he said.

Valerie Chort, vice president for corporate citizenship and sustainability at the Royal Bank of Canada (RBC), was another controversial choice of “champion”.

RBC has financed fossil fuels projects to the tune of $160billion between 2016 and 2020, including more than $2bn for coal projects – the fifth largest fossil fuel funder in the world and the largest in Canada, according to a report by a coalition of NGOs published in March.

The findings led climate activists in Canada to put pressure on RBC to move away from fossil fuels.

Earlier this year, the bank pledged to reach net zero emissions by 2050 and to mobilise $500bn in sustainable finance by 2025.

Cat Abreu, executive director of Climate Action Network Canada, told Climate Home that while there were some “true champions” on the list, “the criteria for what constitutes a ‘champion’ is quite unclear”.

“It appears that this list was named with the exclusive input of the CCLI, which is a nascent academic group focused on corporate responsibility that has so far not engaged Canada’s broad climate movement,” she said.