Net zero goals can hide as much as they reveal. In a survey of 300 experts, we found the overwhelming majority favour a more transparent approach 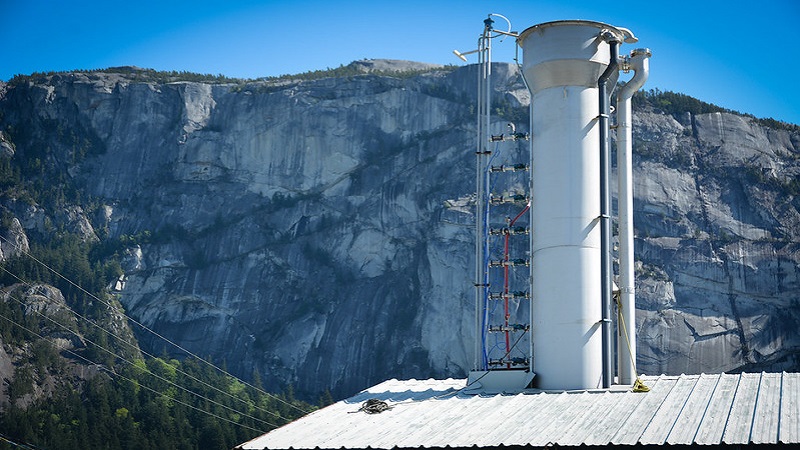 The problems with net zero targets have been vigorously debated of late. While some welcome such targets as signs of increasing climate ambition, others argue that they hide as much as they reveal.

The main concern is that such targets might rely on unfeasibly high levels of carbon removal from the air, giving an excuse to delay or avoid cutting emissions.

In a survey of 300 experts, we found the overwhelming majority favour separating emission reduction and carbon removal targets to improve transparency around these goals.

Large-scale carbon dioxide removal is a key component of most climate change mitigation pathways that limit global warming to 1.5C or 2C . Research on the technologies and governance of such “negative emissions” is mushrooming, along with corporate interest and investments.

Climate policy attention however remains limited, and public awareness levels are low. This makes the opinions of “experts” on carbon removal relevant, since they have the most knowledge on carbon removal and also shape the public debate and opinion on the topic.

Want more climate news? Sign up to get Climate Home updates straight to your inbox

Already, a controversy has gained traction: the risk that carbon removal might lead to reduced or delayed mitigation – what some academics call mitigation deterrence. In essence, anticipating future large-scale removals allows for more gradual decarbonization and thereby reduces pressure on near-term emission reduction action. If removals ultimately prove less efficient or feasible than anticipated, this could lead to overall less mitigation.

To understand experts’ expectations about the roles of carbon removal in mitigation and the risk of mitigation deterrence, we conducted a survey of 300 experts. Our sample reflects the concentration of existing expertise and debate in academia, but also shows that an increasing number of companies are pioneering removals and climate NGOs are developing expertise.

Experts were mainly based in the Global North, reflecting a general underrepresentation of the Global South in the carbon removal and indeed entire climate change policy arena.

In line with previous research, 95% of survey respondents indicated that carbon removal approaches should not be used as substitutes for near-term emission reductions. More specifically, almost three out of four respondents favored scenarios where rapid emissions reductions keep carbon removal requirements to a minimum. Only 6% favored a global emission scenario that depends on future carbon removal at very large scales of 20 gigatonnes of CO2 a year or more.

This clear preference for rapid near-term action contrasted with strong pessimism: 84% of the respondents who preferred mitigation to follow rapid emission reduction rather expected slow action and thus high-emission pathways. 30% even believed that global warming would not be limited to 2C because the volume of carbon removal imagined in these high emission scenarios would not be possible.

The proliferation of net zero targets by governments and companies might contribute to expected delay of near-term mitigation, as such targets imply a balance of removals and remaining emissions without specifying the amounts of each.

An increasingly popular remedy to this problem are separate targets and accounting systems for emission reductions and carbon removal or at least higher transparency about the envisioned balance.

In the survey, experts overwhelmingly supported such separate targets. They argued it would render the assumed carbon removal reliance explicit, allowing for public scrutiny and debate on the feasibility and fairness of mitigation strategies. Being explicit about carbon removals would bring attention to the need to invest in development and upscaling of carbon removal approaches and would render progress – or lack thereof – on emission reductions transparent.

Underlying these arguments is a recognition that carbon removals are not equivalent to emission reductions, for reasons including the permanence of removals and the distribution of burdens, risks, and benefits.

Among the skeptics, only few disputed this final point. Rather, they voiced concerns about the implementation challenges of separate targets. Some worried that strict separation could lead to an inefficient mitigation approach if it means goals become too rigid to acknowledge changing potentials. This could be averted by making reduction and removal targets minimum provisions, leaving room for technological advances to contribute to earlier achievement of overarching climate targets.

Another concern was that separate targets would increase the complexity of mitigation agendas, making action hard to understand for public audiences. In fact, even the survey’s framing was misunderstood by some respondents who had been unfamiliar with the idea. This underscores the importance of careful communication on separate target setting.

Our survey illustrates that carbon removal experts across academia, removal companies, and non-governmental organizations clearly favor limiting the need for carbon removal as much as possible. An important step to live up to such assurances is to separate reductions and removals in climate goals. Although separate targets require careful communication and further deliberation about implementation, governments and companies would contribute to raising much-needed awareness about necessary, rapid action and debate on both ends.

Wim Carton is a human geographer at Lund University’s Centre for Sustainability Studies.