Shell’s net zero plan will be judged on science, not spin

Comment: Shell’s net zero plan is better seen as a defence of its core oil and gas business, which it is planning to expand, than a genuine energy transition 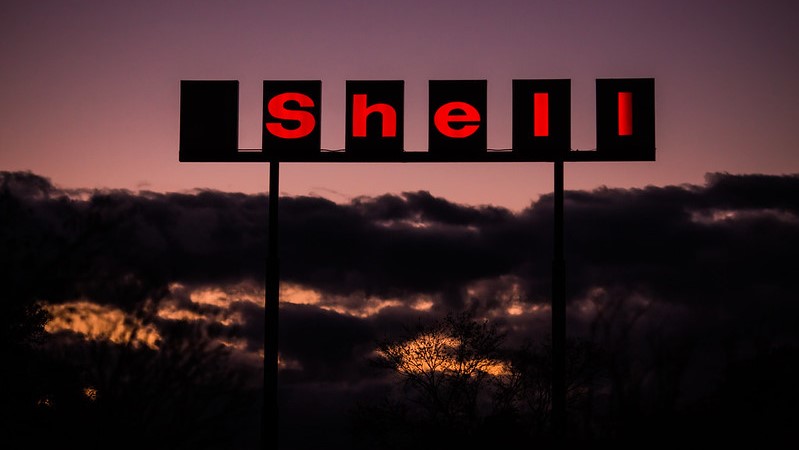 A Shell sign in Arizona, US (Photo: Thomas Hawk/Flickr)

By Johan Rockström and Gail Whiteman

Shell’s shareholders are about to make history, as one of the first groups of investors to exercise voting powers on the net zero promises of an oil and gas giant.

They’re also among the first to identify a major problem with Shell’s plan, which science suggests is better seen as a defence of their core gas and oil business rather than a genuine energy transition. Some have already announced their intention to reject the plan, and more are likely to follow.

These shareholders are part of a bigger story. As the integrity of Shell’s plan struggles to weather scrutiny, it highlights our collective need to equip investors, governments, and businesses with the scientific tools they need to assess the necessary and realistic pathways to limit global warming to 1.5C.

A failure to look clear-eyed at the science behind these transition plans will be disastrous for the planet. The likelihood of limiting temperature rises to 1.5C is vanishingly small already. If other businesses follow Shell’s lead and go unchallenged, our chances of tempering the most catastrophic effects of climate change will disappear altogether.

As climate scientists, we watched Shell’s latest pledge to reach net zero by 2050 with interest. Recently, we analysed the Shell Sky Scenario – its previous climate change scenario – as part of a study evaluating the hundreds of proposed pathways to mitigate climate change this century to stabilise temperature rise to 1.5C.

Each pathway makes different assumptions about climate policies, energy demand, reforestation, technologies for carbon dioxide removal, and renewables take-up. A general challenge with climate scenarios is whether they are based on realistic assumptions, and our analysis aims to transparently separate feasible from fantasy scenarios.

In a rigorous peer-reviewed analysis by 16 scientists, we found serious problems with the feasibility of Shell’s pathway. Among the over 400 climate scenarios included in the IPCC 1.5C report, only 50 scenarios take us towards a 1.5C future, with no or limited overshoot.

Among these 50, only 20 are based on realistic assumptions that global emissions must bend around 2020 at the latest to reach close to zero around 2050. We included Shell’s Sky Scenario as an additional reference, and it was by far, the one that most clearly lies outside the feasibility corridor to limit temperature rise to 1.5C. If the world emits as much greenhouse gas as Shell’s scenario suggests, it would lead to global temperatures rising well beyond the agreed Paris range.

When Shell announced its updated 1.5C Sky Scenario centered around a net zero target 20 years earlier than planned, we wondered what radical emission reductions it had priced in – only to find there weren’t any. Analysis of the latest plans show the company will attempt to meet their self-declared targets while freezing emissions at more or less the same level as today. In fact, it’s currently forecasting an increase in gas production and gas exports to global markets.

Rather than reducing its emissions, Shell plans to offset gigatonnes of emissions by planting trees to capture carbon. It says that reforestation and other nature-based technology will be enough to allow its expanding operations. But Shell’s Sky scenario requires a forest the size of Brazil to offset the volume of carbon it intends to continue pumping out.

Offsetting carbon emissions with forest growth at this scale is a dangerous fantasy. There’s limited land and water available for tree planting: if Shell plants this many trees, it risks diverting land we need to feed a growing population. And science tells us it is simply not possible to substitute carbon emissions from coal, oil and gas, with unstable ‘green’ carbon sinks in trees and soil.

While offsetting with nature-based solutions and techniques for carbon dioxide removal is necessary, it should only be used to offset residual, difficult to abate sectors like agriculture and aviation.

Instead Shell’s focus must be on cutting emissions by half each decade and investing in keeping natural carbon stocks intact, maintaining vital resilience in forests, soils, permafrost, and freshwater and ocean systems. This investment cannot be double counted as offsets, and should receive funding as additional nature-based solutions.

In short, betting on tree planting to reach net-zero by 2050 is taking colossal risks with our common future.

It’d be easy pickings for Shell to find a profitable energy business away from fossil fuels, because the energy sector is ripe for innovation – we’ve already seen revolutionary transformation in electricity generation from renewables. But if it insists on maintaining a business as usual strategy it will need to play an outsized role in carbon trading markets to offset those emissions.

That would be bad news for other sectors which have few other options to decarbonise, and more legitimate reasons to offset. It could also be bad for Shell’s shareholders: if Shell is too firmly hedged on the side of oil and gas, shareholders may lose out in an eventual energy transition.

A plan based on questionable science, betting on unproven technology, and fantasising about planting a forest as big as Brazil isn’t corporate leadership, it’s corporate malfeasance on an unprecedented scale with fallout stretching many, many generations into the future.

If Shell pursues this plan, it should have no role with the UK presidency at Cop26, or in the Race to Zero campaign. Institutions like the Science Museum should ensure that Shell does not finance environmental exhibits as a way of greenwashing its reputation. Lastly, Shell should be removed as a member of the main committee for Mark Carney’s taskforce of scaling voluntary carbon markets, the Glasgow Financial Alliance for Cop26.

Shell sees oil and gas playing a role in our global economy for many decades to come. Science says that is simply not feasible if we want to avoid catastrophic climate breakdown. Shell is asking its shareholders to believe in unicorns not science.

Johan Rockström, is a professor in environmental science at the Stockholm Resilience Center, at Stockholm University; Gail Whiteman is director of the Pentland Centre for Sustainability in Business, at Lancaster University.