With Indonesia’s answer to Elon Musk in jail, electric vehicles are going nowhere

Electric vehicle pioneer Dasep Ahmadi was imprisoned over a failed experiment, with a chilling effect on innovation 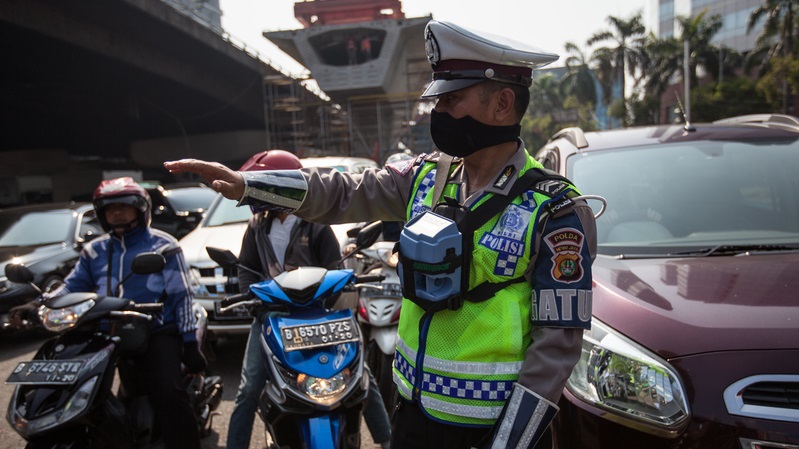 Ten years ago, a charismatic Indonesian minister called Dahlan Iskan made it his mission to develop a domestic electric vehicle (EV) industry. It was supposed to boost the economy, clean up Indonesia’s air and combat the climate crisis.

But things did not go according to plan. First, Iskan crashed one electric sports car into a cliff on a test drive. Then one of his lead engineers, Dasep Ahmadi, was sentenced to seven years in prison for wasting state money, after his EVs were judged not fit for the road.

For several years afters this conviction, Indonesia’s entrepreneurs were too scared to go near the industry, leaving drivers with a choice between polluting domestic models or expensive imported EVs.

Transport accounts for some 28% of Indonesia’s energy-related greenhouse gas emissions and air pollution kills an estimated 120,000 Indonesians a year. Although most Indonesians still get around by motorbike, demand for cars is booming, particularly in major cities. Just 0.15% of cars sold in Indonesia in 2020 were electric.

“If you walk in [Jakarta] for half an hour you will feel the pollution from the vehicles,” said Julius Adiatma, a Jakarta-based EV researcher at the Institute for Essential Services Reform. “You can see the smoke, from the breathing you can feel it, the smell of the air is not fresh”.

This week, the International Energy Agency said that, if the world is to reach net zero emissions by 2050, then 60% of global car sales should be electric by 2030. Indonesia has a long way to go.

Iskan came to prominence as the football-mad editor of the Java Post in the 1980s, with a reputation for humility and a youthful demeanour which he attributes to the transplant of a 21-year old’s liver.

He gained popularity by prioritising Indonesian, not foreign, football in his newspapers. He paid for the food of his local team’s fans when they travelled to Jakarta for games – and damages when they smashed up trains.

In 2011, after two years running the state electricity company, Iskan was appointed as minister of state enterprises and made it his mission to sponsor the development of a cheap electric vehicle.

One of the men he turned to was 46-year old Dasep Ahmadi. Raised by his mechanic father, Ahmadi had studied mechanical engineering at Indonesia’s prestigious Bandung Institute of Technology and on a scholarship in Germany. He had worked at big car companies and won a national robot-building competition.

In 1998, with southeast Asia shattered by the financial crisis, Ahmadi left a cushy job at Astra to start his own business providing motorbike testing equipment. When Iskan was looking for an electric car builder, his name came up.

Although he admits he once felt “very embarrassed” about driving an electric car, Iskan took such a personal interest that he insisted on test driving the prototype cars himself.

While driving a group of journalists around one of Jakarta’s busiest roundabouts in Ahmadi’s bright green Evina, the car broke down. In a later test drive, it failed to make it up the hill to Bandung.

It could, and did, get worse. While Iskan and one of his engineers were test driving a sporty red electric car at around 70km an hour, he swerved off the road, later blaming brake failure.

The prototype Tuxuci, which had been developed at Iskan’s request, crashed into an electricity pylon, wrecking the car. The minister emerged unscathed: “Not even blisters,” he said. He claimed he would rather be used as a guinea pig for new technology than let the general public take the risk.

The incident did not put him off electric vehicles. A few months later, Iskan persuaded three state-owned enterprises to sponsor the construction of sixteen of Ahmadi’s electric vehicles to ferry world leaders around the Asia-Pacific Economic Co-operation (Apec) summit in Bali.

The cars were supposed to advertise the new Indonesia to visiting bigshots like Xi Jinping and John Kerry. They were home-made, modern and (both literally and figuratively) green.

But they never made it to the summit. The attorney general’s office later said their brakes were too strong, their rims too wide, their engines over-heated when they tried to go uphill and they were too similar to the Toyota Alphard.

Prosecutors said Ahmadi’s car was too similar to the Toyota Alphard. (Photo: M93/Wikimedia)

The cars were donated to Indonesian universities to help in their research. In most countries, this would be classed as a promising start or, at worst, a failed experiment. Tesla, the pioneering American company founded by Elon Musk, took five years to release its first car.

But Indonesia has a law against causing kerugian negara, a financial loss to the nation. So, after a change in government, Ahmadi was arrested and detained at the attorney general’s office in July 2015.

He was sentenced to seven years in prison and a fine of RP200m ($14,000). Iskan, now an ex-minister, was also questioned by investigators and his old ministry office was raided although he was not convicted.

Ahmadi was supported by prominent commentators too. Indonesian economist Faisal Basri said it would be ridiculous if those behind every project sponsored by state companies were prosecuted for poor performance.

Should the organisers of the Java Jazz festival, which is sponsored by a state bank, be prosecuted if no one turns up to hear the music? Basri asked.

Institute of Energy Economics and Financial Analysis (Ieefa) analyst Elrika Hamdi said several CEOs of state-owned companies had been convicted of corruption “when they were simply making wrong or slightly off-track business decisions”.

“Making a mistake on business decisions should not be equal to corruption,” she said. “But when you do it in a [state owned company], that means (in the Indonesian legal system) you’re causing losses for the state, and that translates to corruption.”

Purwadi suggested there was a political motivation for Ahmadi and Iskan’s persecution. After Joko Widodo was elected president in 2014, Iskan was an ex-minister from an opposition party and Ahmadi was an opposition candidate for the West Java regional parliament.

The effects of Ahmadi’s conviction went beyond the engineer himself. Fear of the same fate, plus the drying up of research funding, put off engineers from trying to develop Indonesia’s answer to Tesla.

A 2018 report by the Jakarta-based Institute for Essential Services Reform (IESR) found that Indonesia was “still at a very early stage of EV diffusion” and the prospects for EV adoption were “dismal”. EVs were 2-3 times more expensive than fossil fuelled cars, it said, largely because they had to be imported and were subject to import duties.

Putra Adhiguna, an Indonesian energy analyst at Ieefa, said: “The case created a bad precedent for inventors… it tarnished some of the grand ambition.”

To encourage the kind of domestic EV industry that India, China and Malaysia have the government needs to support the industry for decades, he said.

According to Adiatma, the government has taken some measures to address the price difference between electric and fossil fuel cars but these have not gone far enough.

In 2019, the government introduced measures to encourage investment in electric vehicles and battery manufacturing. Despite this, and even if foreign companies avoid import taxes by manufacturing their EVs in Indonesia, Adiatma said an EV would still cost over $30,000 compared to $10-20,000 for a conventional car.

While Indonesia’s answer to Elon Musk languishes in prison, any government initiative on EVs is greeted with a chorus of scepticism on social media.

Below, in response to president Joko Widodo praising a student EV project, a Twitter user writes: “Hopefully it doesn’t have the same fate as Dasep Ahmadi’s electric car.”

In 2019, the government posted a “fact check”, claiming that an article titled “only in Indonesia, electric car creator imprisoned for 7 years” was “disinformation”. But it did not refute the basic facts of the case.

Indonesian ministers are weighing up scenarios for reaching net zero emissions between 2045 and 2070 and the country’s biggest utility has pledged to stop building new coal plants.

As the country’s electricity system gets greener, the climate benefits of EVs increase. IESR’s research found that an ambitious EV transition could do 6% of the emissions reduction necessary to change a 3C global warming trajectory to 1.5C.

Sadly for Indonesia though, the companies who cash in on this EV transition are likely to be foreign giants like Hyundai and the price of these foreign cars will mean the transition is slower than the melting polar ice caps and Indonesian lungs would like.