Comment: Only about 3.8% of global emissions are covered by a carbon price above $40 a tonne – that needs to change if the world is to meet the Paris Agreement goals 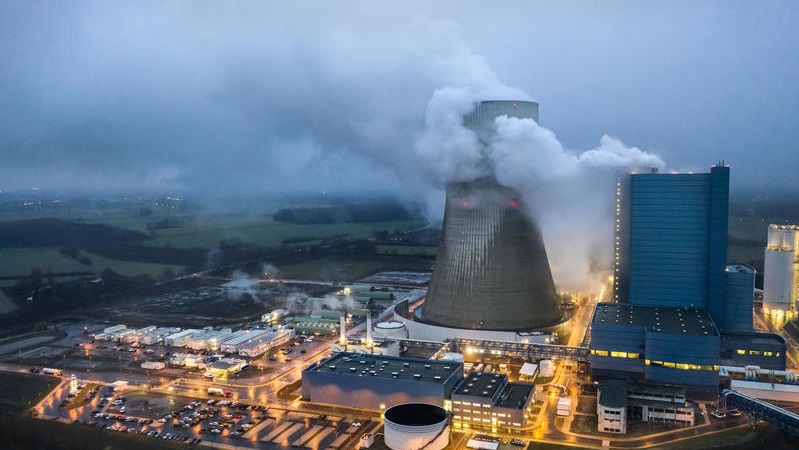 Those following the news recently may be forgiven for thinking the climate crisis is finally under control.

Governments and businesses alike are adopting net zero targets at a rapid pace: countries with net zero targets now represent over 60% of global emissions, while companies with such commitments together represent sales of nearly $14 trillion.

These commitments may not yet be ambitious enough to meet the Paris Agreement’s goal of limiting temperature rises to 1.5C, but they come tantalizingly close. And by setting their sights on almost complete decarbonisation by mid-century, they should ideally provide the signal needed to shift investments from polluting industries to clean technologies.

Yet this is not how it is playing out in practice.

Last week, the International Energy Agency outlined what it believes must happen if we are to reach net zero by 2050. First on the list is not approving any new coal plants, coal mines, or oil and gas fields from 2021 onwards.

Fossil fuel companies, however, are planning to invest heavily in new fields and mines over the coming years, many of them in highly sensitive ecosystems such as the Arctic.

Meanwhile, hundreds of coal plants are in the planning stage around the world. These investments typically have life spans of several decades, meaning many could still be in operation well beyond the mid-century decarbonisation goal.

Why would investors continue to inject money into ventures that are simply not compatible with the commitments adopted by the world’s governments?

The truth is that investors take their decisions based on concrete strategies, roadmaps, and incentives, while targets may be seen as merely aspirational. Yet in most countries, long-term strategies are sorely lacking. To-date, only 29 countries have submitted the long-term decarbonisation strategies called for by the Paris Agreement.

Equally lacking are the clear and robust price signals needed to drive low-carbon investments at scale. Most experts agree that placing a price on emissions is essential for achieving decarbonisation. Yet in the World Bank’s State and Trends of Carbon Pricing 2021, my colleagues and I found that only 3.76% of global emissions are covered by a carbon price above $40/tCO2e — the lower end of the range leading economists say is needed to meet the 2C target that represents the absolute minimum commitment under Paris.

Perhaps more sorely missing still is the long-term clarity on how carbon prices will develop. Only a handful of countries have set out clear pricing pathways, and even these do not extend further than 2030 – far shorter than the lifespan of most energy investments.

In addition to locking-in high-carbon investments for decades to come, the absence of robust and stable price signals risks delaying R&D and pilot projects needed to achieve deep decarbonisation.

A recent analysis of the effectiveness of carbon prices found that while they have had some impact on reducing emissions, low prices and broad exemptions have led to little impact on innovation and zero‐carbon investment.

Goldman Sachs estimates that carbon prices upwards of $100/tC2e will be needed to drive the technological breakthroughs necessary to unlock hard-to-reach emissions reductions, while Woodmac predicts prices of $160/tCO2e are needed to meet the 1.5C target.

Comment: Governments are overlooking a key piece in the climate puzzle: community energy

The State and Trends report also reveals that more and more companies are starting to adopt their own internal carbon prices, mostly with a view to triggering low-carbon investments.

Yet these prices are often modeled on (expected) regulatory prices in the jurisdictions they operate in and are therefore also too low to drive the investments needed. Oil and gas companies, for instance, on average assume a carbon price of a mere $31/tCO2e.

Evidently, this is hardly enough to discourage Arctic drilling.

There are some encouraging signs. The European Union – which in the process of aligning its emissions trading system with its 2050 net zero goal and the European Green Deal – has seen prices soar to record highs in recent months.

The New Zealand government, meanwhile, is setting its emissions cap for the coming years to align with its own 2050 net zero goal. And an increasing number of countries are showing interest in developing long-term strategies that set out clear decarbonisation pathways toward mid-century.

As more countries move to agree on net zero targets, they would do well to move quickly to connect them to concrete plans and robust economic incentives. Ambitious targets are a crucial start, but they must not prove mere castles in the sky.

Darragh Conway is the lead legal counsel at Climate Focus and a lead contributor to the State and Trends of Carbon Pricing report 2021.