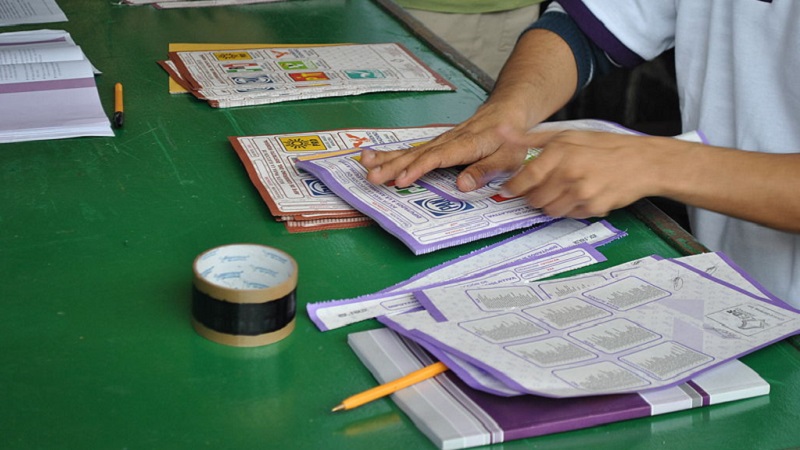 Elections were held on Sunday for Mexico's lower house of Congress and for state governors (Photo: ProtoplasmaKid/Wikmedia Commons)

Mexico’s President is unlikely to be able to change the constitution to pass fossil fuel friendly energy reforms, after he failed to win a two-thirds majority in Mexico’s lower Congressional house.

The ruling Morena party led by President Andrés Manuel López Obrador (widely known as Amlo) is likely to get around 200 of the 500 seats. Official figures suggest his allies in other parties will get around 95.

While Morena and its allies maintain an absolute majority, they will not have the 334 votes needed to change the constitution, which López Obrador has suggested he would do to overcome legal obstacles to his plans.

“My hope is that these unconstitutional reforms do not see the light in the end,” said New Climate Institute analyst Maria Jose de Villafranca.

Political risk analyst Carlos Ramirez told Climate Home News that the elections had “put a brake” on the reforms.

The reforms would give the state-owned Federal Electricity Commission (CFE) a competitive advantage over private and foreign rivals.

Electricity generated by CFE, which predominately comes from burning coal and gas, would be prioritised in the grid over energy from private companies, which is generally cleaner and cheaper and so currently dispatched first.

Amlo’s proposed reforms would reverse previous reforms that President Enrique Nieto wrote into the country’s constitution in 2013, so that future governments would find it harder to undo them.

In March 2021, a judge ruled that López Obrador’s reforms must be frozen until the Supreme Court decides whether they are constitutional.

Ramirez said that most Mexican legal experts agree that the reforms are unconstitutional but a Supreme Court judgement was unlikely be the end of the story.

He predicted López Obrador would try to gather support from opposition delegates from the PRI and Citizens Movement parties to reach a 2/3 majority.

He could also, Ramirez said, hold a referendum next year asking something like: “Do you think our energy resources should be for the use of Mexicans?”

While such a referendum would not be binding, it would “create the environment in order to pressure the legislature to strike down the 2013 energy reform”, Ramirez said.

Energy ownership is an emotive issue in Mexico. The anniversary of the 1938 nationalisation of foreign-owned oil is now a national holiday.

Despite falling costs and Mexico’s plentiful sun and wind, Amlo has dismissed solar and wind energy, calling wind turbines “visual pollution”. The only low-carbon sources he has praised are large hydro and nuclear power plants.

Asked why he doesn’t want state-owned renewables, de Villafranca said: “He’s just a bit stubborn. He just keeps repeating the same discourse over and over without listening to the science and economic experts.”

Greenpeace Mexico’s Pablo Ramirez told Climate Home News that the right-wing opposition parties like PRI, PAN and PRD “have been adopting a very fake environmentalist speech” since López Obrador came to power. This has contributed to Amlo’s “narrative of environment as a right wing theme and the oil as the people’s interest”, he added.

Hope for Mexico’s energy transition comes, he said, from state governments. He pointed to Mexico City’s mayor Claudia Sheinbaum, who is a member of López Obrador’s party, but is also a physicist and contributor to Intergovernmental Panel on Climate Change reports. She is promoting rooftop solar and cycle and public transport infrastructure.