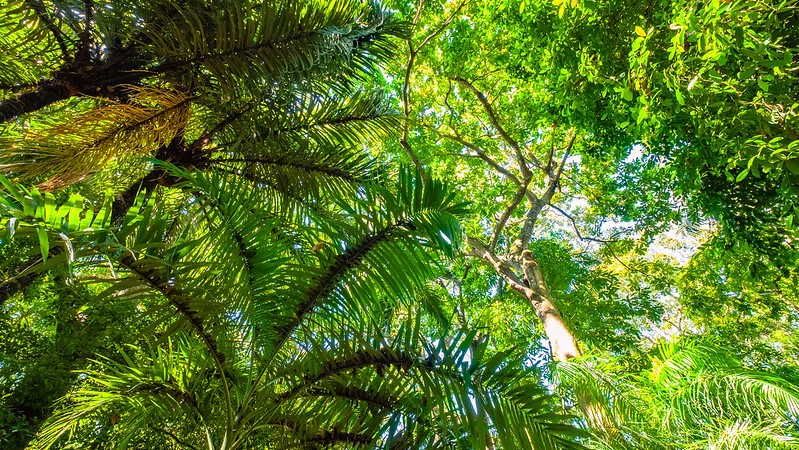 Millions of ‘hot air’ carbon credits designed to curb deforestation were sold to a Colombian fossil fuel company as substitute for paying the country’s carbon tax, costing the nation millions of dollars in tax revenue and undermining its climate goal.

That is the stark finding of an investigation by NGO Carbon Market Watch and the Latin American Center for Investigative Journalism published on Wednesday.

It shows how two projects to protect forest in the Amazon issued millions more credits than the true volume of emission reductions.

A Colombian government insider, who asked to remain anonymous because of the sensitivity of the issue, told Climate Home News the findings were “worrying”. Bogus carbon credits could jeopardise the country’s ability to meet its recently improved climate goal to halve emissions from business as usual by 2030.

Under the government’s carbon tax policy, fossil fuel companies can buy credits from carbon-cutting projects in Colombia instead of paying a carbon levy of $5 a tonne of CO2.

The rule only delivers a climate benefit if the credits help Colombia reduce its emissions. By allowing companies to buy “hot air” credits, Colombia has lost an estimated $25 million in tax revenue and stands to lose millions more, according to the research.

While saying finance for conservation is urgently needed, Dufrasne added: “We hear time and again that the voluntary carbon market helps countries go beyond their existing climate commitment, but here it has actually undermined national efforts.”

The schemes, known as Redd+, create carbon credits for preventing emissions from deforestation and forest degradation compared to a historical baseline and projected forest loss.

The investigation found that both projects used inflated baselines to calculate avoided emissions and are overstating their climate impact by millions of tonnes of CO2.

In 2018, Colombia’s ministry of environment introduced legislation requiring Redd+ projects to be consistent with a national baseline for calculating emissions reduction from deforestation, known as a forest reference emission level. But these reference values were not used by either project.

The Mataven project, the country’s largest Redd+ project, adopted a baseline nearly five times higher than what the government estimated the rate of deforestation could be for the entire Amazon biome region between 2013 and 2017.

In total, the projects generated 12.4 million more credits than they would have done if they had adopted the national baseline when the government introduced the regulation.

Of those, 4.9 million have been used, mostly by fossil fuel company Primax Colombia, to avoid paying the carbon tax- resulting in a $25m revenue shortfall for the government.

If all 12.4 million credits were sold to companies, the government stands to lose $62m.

A spokesperson for Primax Colombia said the company “fully and strictly complies with all the requirements established by current regulations for the non-causation of the carbon tax”. It added that “the validation and verification bodies are the entities that must guarantee that the projects fulfill the environmental purpose for which they were created”.

The government insider told Climate Home the ministry had been let down by the voluntary carbon market as the checks and balances that were supposed to ensure the environmental integrity of the credits failed on both projects.

And this could be the tip of the iceberg. As of May this year, 75 other Redd+ projects were registered to sell credits for use under the Colombian carbon tax system.

“The problem could be much bigger,” said the insider, warning this could be “detrimental for Colombia to meet its climate commitments if the issue is not fixed”.

Isabel Cavelier, a former Colombian climate negotiator and co-founder of think tank Transforma, described the findings as “a wake up call” for the Colombian government to better regulate its domestic market.

“Integrity is central to any carbon market. Setting the highest integrity standards and absolute regulatory clarity to provide true environmental integrity is overdue. Without it everyone loses. Colombia, its people, and the atmosphere,” she said.

The Colombian government did not formally reply to Climate Home’s request for comment.

For Dufrasne, of Carbon Market Watch, the findings point to wider failure of the market’s oversight.

Carbon Market Watch has called on the Mataven and Kaliawiri project developers to stop selling the credits and on Verra and ProClima, the standard-setters which respectively issued the credits, to suspend the projects from their registries.

“If we can’t trust the standards, they have no reason to exist,” Dufrasne said.

In a strong rebuke, Verra said allegations the Mataven project overestimated its emission reductions was “methodologically flawed” and that the baseline was “a more precise estimate of the expected deforestation in the project area” than the national average.

It added that because Colombia’s national baseline is still being assessed by UN Climate Change, “conclusions about Mataven’s baseline are premature”.

Verra said all its projects are validated by independent third-party auditors. It said the Mataven project had enabled millions of dollars to flow to 17 indigenous communities for forest conservation.

ProClima told Climate Home the accusations against the Kaliawiri project were “false and irresponsible” and the project was aligned with government regulation.