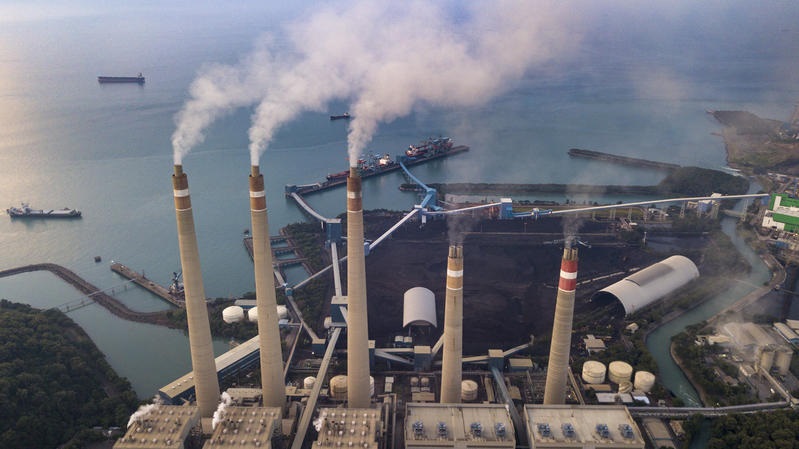 G20 finance ministers have for the first time endorsed carbon pricing as a tool to transition to a low-carbon economy, as the EU threatens tariffs on imports from the worst polluters.

In a statement following a meeting in Venice, Italy, this weekend, ministers agreed that the “wide set of tools” to cut emissions and create a more sustainable economy should include, “if appropriate, the use of carbon pricing mechanisms and incentives, while providing targeted support for the poorest and the most vulnerable”.

French finance minister Bruno Le Maire told reporters after the meeting: “We have been pushing very hard to have these two words… introduced into a G20 communique.”

Ronan Palmer, of think tank E3G, told Climate Home News the statement “raised the stakes” among G20 countries to either adopt a carbon pricing mechanism or enforce policy measures that would achieve a similar outcome of reducing sectoral emissions.

Some form of carbon pricing is being considered in Brazil, Indonesia and Turkey.

But Australia, India, Russia, Saudi Arabia and the US do not have a nationwide price on carbon, nor are they formally considering it.

Comment: EU must use its carbon border tax to support a just transition around the world

It comes as the EU plans to impose carbon tariffs on imports from countries with lower climate standards. The European Commission is due to unveil its proposal on Wednesday.

Developing countries have previously complained the levy would unfairly penalise their economies by making their exports uncompetitive. And the US has described the measure as a “last resort”.

The threat of the proposal is spurring discussions in developing countries on how to make polluters pay at home and avoid the EU levy.

“There is a global willingness to talk about taxation issues that we have not seen before,” Palmer said.

This is the case in Indonesia, where plans for a carbon tax are currently being discussed, said Putra Adhiguna, Jakarta-based energy economics and policy specialist at the Institute for Energy Economics and Financial Analysis.

A draft bill for the revision of the country’s tax law, published last month, includes a carbon tax rate of roughly $5.25/t CO2e.

Adhiguna said the proposal was still being evaluated by the government and was unlikely to come into force before late 2022, when Indonesia chairs the next G20 cycle.

But, he added, as industries struggle to recover from the coronavirus pandemic, the implementation of the tax will be difficult without support from richer nations to accelerate the energy transition in Indonesia.

“Carbon pricing is an idea that originated in the developed world” and implementing it will require support for the most vulnerable, he said.

“Otherwise, this is going to be a unilateral imposition of developed world policy. I am worried about a public backlash against the climate movement in developing countries.”

Carbon pricing has to be implemented “without creating negative social effects”, he said.

Europe’s own journey with carbon pricing, since it adopted the world’s first international emissions trading system in 2005, hasn’t been plain sailing. The policy is just starting to work in Europe after a decade of stalling, Bergamaschi said.

In 2018, the French government’s carbon tax led to a hike in the price of petrol and diesel and sparked the “yellow vest” protests.

“Carbon price so far hasn’t been a transformational policy for political and social reasons,” Bergamaschi said. It has failed to take into account what matters most climate politics: who stands to win and lose, vested interests opposing more robust action and the change in political leadership and priorities.

“Countries like Indonesia and South Africa are very wary of putting an additional burden on workers, industries and communities in an already vulnerable situation.”

Comment: G20 ministers must scale up climate finance in solidarity with vulnerable countries

The International Monetary Fund (IMF) is proposing a carbon price floor agreement between major emitters as an alternative way to spur decarbonisation.

Managing director Kristalina Georgieva said this would be “more effective” than the EU’s carbon border tax.

A “pragmatic design” for a carbon price floor could allow countries to set different minimum prices based on development levels and national policy approaches, leaving countries flexibility to adopt a carbon tax, sectoral regulations or create an emission trading scheme “that achieve the same outcome,” she said.