US export credit agency Exim bank has provided $16.14 billion in loans and guarantees to Pemex since 1998, with recent funds going to the site of the fire 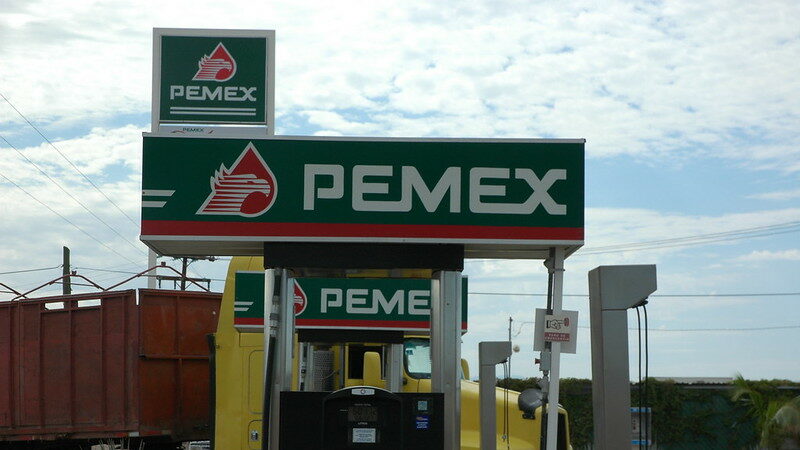 Campaigners have called on the US to review its longstanding support for Mexico’s state-owned oil and gas company after a gas leak from one of its pipelines set the ocean on fire in the Gulf of Mexico.

Pemex made headlines earlier this month after the leak triggered a huge blaze near one of its platforms, as the world watched aghast.

For 76 years, the company has received billions of dollars in support from the US’ export credit agency, the Export–Import Bank (Exim), despite warnings of safety and environmental concerns.

Since 1998, Exim has propped up the fossil fuel company with $16.14 billion in loans and guarantees, according to analysis by the Friends of the Earth of the bank’s annual reports, seen by Climate Home News.

Most recently, in September 2020, Exim approved $400 million worth of support to the company.

The funding would “facilitate the purchase of US oil and gas equipment and services provided to approximately 21 oil and gas field projects,” the Exim press release reads.

According to documents submitted by Pemex to Exim, one of the projects was Ku Maloob Zaap, the oil field located 90km off the coast of Campeche in the Gulf of Mexico, which was the site of the gas fire.

Campaigners are demanding an investigation into the environmental and climate damage caused by the fire.

But with little faith in the Mexican authorities, analysts told Climate Home they were looking to regional allies such as the US to exert pressure to hold Pemex accountable.

Following last week’s incident, campaigners are escalating calls on Exim to end its support to Pemex.

“I don’t understand how they would be willing to lend any money to Pemex. The hypocrisy of US administrations, who make all these statements about climate, and then allow this company to be its biggest borrower. It’s outrageous,” Veronique de Rugy, a senior research fellow at the Mercatus Center, told Climate Home News.

The company was Exim’s biggest client until at least 2017, when the bank stopped disclosing its top borrowers in its annual reports.

Between 1998 and 2015, Pemex received Exim money annually, with loans and guarantees averaging $850 million every year, according to the analysis. From 2003 to 2016, the bank had more loans outstanding to Pemex than to any other client, it shows.

In September 2020, after Exim authorised the latest loan to Pemex, Friends of the Earth wrote a letter to the bank’s chairman Kimberly Reed , criticising the decision.

At that time, Pemex had recorded more Covid-19 deaths than any other company in the world, according to analysis by Bloomberg.

More than 190 workers and contractors died and over 570 were injured in fires, explosions and offshore rig collapses at Pemex sites between 2009 and 2016.

The gas fire last week was not an anomaly, Kate DeAngelis, international finance manager at Friends of the Earth, told Climate Home.

“Pemex has a long history of environmental destruction and poor safety record as evidenced by the hundreds of workers who have been killed from explosions, fires and other accidents at Pemex sites,” she said.

Much of Pemex’s production is heavy sour crude oil, which is particularly polluting, according to DeAngelis. “Pemex has no plans to reduce its harmful environmental impacts,” she added.

“Working with Pemex has posed a reputational risk to the Exim Bank for decades,” the report reads. “The Exim Bank’s willingness to continue lending to Pemex may come down to Pemex being too big to fail.”

At the end of 2020, Pemex said its financial debt stood at $113.2 billion, despite several capital injections from the government. In April, the company said it expected to maintain debt of $105 billion between 2021 and 2025.

Considering its long-standing relationship with Pemex, “Exim could have used that leverage to require strong environmental and worker safeguards, but it appears that Exim has never even attempted to do that,” said DeAngelis.

Exim did not respond to Climate Home News’ request for comment.