Timeline: How the science linking climate change to extreme weather took off

Attribution science, which quantifies the influence of human activity on specific heatwaves, droughts and floods, has developed rapidly in the past decade 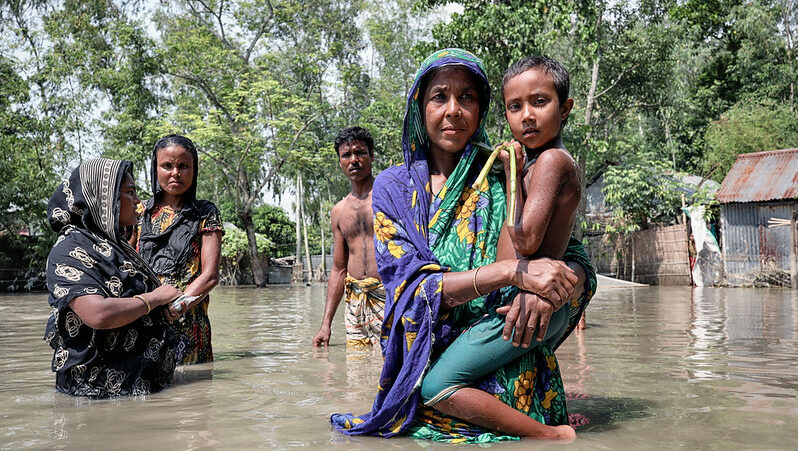 Scientists are now able to directly attribute extreme events, such as this flooding event in Bangladesh in 2019, to climate change (Photo: UNWomenAsia/Flickr)

The UN’s climate science panel is set to publish a major report in August on the physical changes to our world occurring and projected to happen as a result of human activity, from extreme weather to ocean acidification.

It will be the first comprehensive review of the scientific literature since 2013, when the Intergovernmental Panel on Climate Change (IPCC) started its last round of assessment reports, AR5.

Attribution science, which looks at how much human activities lead to climate change, is likely to feature heavily in the report. Here we give an overview of the scientific developments of the past eight years.

Since the last IPCC report, there has been an explosion of attribution studies finding that specific heatwaves, droughts, tropical cyclones and other extreme events were more likely or intense because of climate change. Recent studies have shown that extreme events such as the Siberian heat wave in 2020 would never have happened without humans pumping greenhouse gases into the air.

That means more studies focusing on the societal impacts of extreme weather events, such as the 2016 study which found that 506 of the 753 fatalities during the Paris heatwave in 2003 were a result of climate change.

“We wanted to see how much human-induced climate change contributed to mortality,” Dann Mitchell, one of the study’s authors and professor of climate change at Bristol University, told Climate Home News. “Since the last IPCC report models have become more advanced and we have better ways of collecting climate and health data,” he said.

The increase in attribution studies is due to more precise climate models and peer-reviewed methods which allow scientists to rapidly and accurately analyse extreme events, according to Philip. This also helps with communication. “If you can do the attribution one week after the event, it’s still news,” she said.

Scientists are now able to carry out attribution studies within a few days of an event occurring. In some cases they can do the analysis while the event is still going on. Scientists from the WWA group published a study in 2018 showing that climate change made Europe’s heatwave twice as likely, while it was ongoing.

Half of all attribution studies focus on heatwaves, according to Mitchell. Heatwaves are relatively easy to attribute because they are “very certain and the first response to climate change” and cover a large area, which makes it easier for climate models to pick up, said Mitchell. Most of the rest look at extremes of rainfall leading to drought or floods.

Only a handful have looked at hurricanes, which are hard to model due to their complexity and limited historical data. They reached relatively weak conclusions about the scale of human influence.

That could change as new high-resolution models are being developed, said Sarah Teuling-Kew, a climate scientist at WWA. “Methods for large-scale precipitation and temperature extremes are more robust – they have been put through the tests,” she said.

The majority of attribution studies focus on events in Europe and North America. This is because these regions have the most reliable climate data available, according to Philip. “I don’t think we’ve ever done a heatwave attribution study over Africa because we never hear about it,” she said, adding that WWA scientists are collaborating with African scientists and sharing knowledge to improve modelling of the continent.