The world’s largest supplier of LNG also has the highest per-capita emissions, yet is not committing to absolute carbon cuts in its latest UN submission 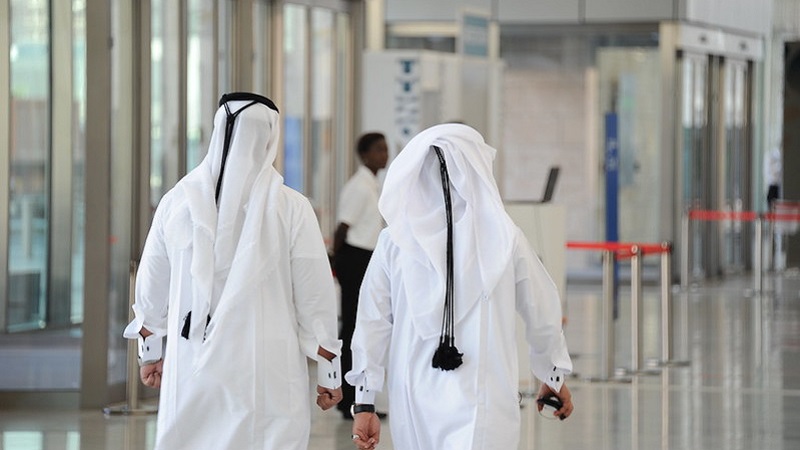 By Joe Lo and Marlene Jacobsen

The world’s biggest per capita polluter has claimed to be a “pioneer” of climate action because it exports huge quantities of gas, in a statement experts called misleading.

In its latest climate plan submitted to the UN this week, Qatar’s government said: “For the past several decades, Qatar has maintained a pioneering role in the international efforts to tackle climate change & promote sustainable development through the export of natural gas and its derivatives to the world’s energy market.”

It continued: “These fuels are cleaner & efficient energy sources compared to conventional fuels. They contribute to both, CO2 emission reduction & improvement of air quality conditions.”

Clean Air Task Force researcher Jonathan Banks told Climate Home News: “Sending gas around the world doesn’t make you a climate leader. It is a misleading statement for sure.”

Burning gas produces less carbon dioxide than burning coal – but emissions from the production process can sometimes cancel out these benefits.

“Best estimates on a global basis show gas as being better than coal,” said Banks, “but that’s not really the debate that we are having these days. We are trying to get to zero and we know that gas is not zero.”

As the Taliban seizes control of Afghanistan, coal is a key source of revenue

Earlier this year, the International Energy Agency said the world must stop investing in new fossil fuel exploitation if it is to limit global warming to 1.5C by 2050.

Qatar’s gas production has grown rapidly in the last 20 years. It is now the world’s fifth-largest producer and the biggest supplier of LNG, gas which has been turned into a liquid to make it easier to transport. Its main customers are in Europe, India, China, Japan and Korea.

Maria Pastukhova, an energy diplomacy adviser at E3G, said LNG was more emissions-intensive than non-liquified gas. “Without emissions disclosure certificates it is never clear how much ‘cleaner’ is LNG compared to coal,” she said.

Moiz Bohra, a Geneva University researcher who has studied Qatar’s energy transition, told Climate Home News: “The government has decided to double down on its expansion of the natural gas industry, which it claims is a transition fuel.”

He continued: “Advances in renewables, energy storage and increasingly, green hydrogen, strongly challenge this narrative. Throughout the world, countries are finding it cheaper to switch directly from coal to renewables (see the growth of renewables in India, for example), so gas may not be needed as a transition fuel after all.”

In its previous climate plan in 2015, Qatar refused to set an emissions reduction target at all, saying it would harm the economy. The updated version says Qatar will cut emissions 25% below business as usual in 2030, but does not disclose what those business as usual emissions are projected to be.

Pastukhova said: “Overall, the way Qatar portrays itself in the NDC – as a developing country and a small-emitter – is a misleading and a dangerous one. It is a high-income country, its GDP per capita is… higher than that of Germany, Canada and many others. It has the means to take rapid actions to decarbonize own economy.”

The oil and gas sector is responsible for the greatest share of the country’s emissions.

The government says Qatar Petroleum has committed to eradicate “routine flaring”, where gas is burned as a waste product, by 2030.

Banks said this was a good ambition to have but “2030 is a long way out” and the “key word in there is routine”.

He said companies and countries often inaccurately classify flaring as not routine but “emergency” or “safety” flaring, allowing them to keep burning the gas.

A map of gas flares near Qatar. The ones in Qatar or its waters are in blue, other countries in orange. (Photo: Capterio)

Mark Davis, CEO of flare capture and tracking company Capterio, said: “Flaring has been coming down [in Qatar] over the last decade, and substantially since the early 2000s… that said, there are some major source  sources of flaring, the largest is North Dome field.”

Davis said Qatar’s flaring intensity, relative to its production, is 65% less than the global average. But the gas it flares could be worth more than $160m a year if it was captured and sold.

Along with the US, Canada, Saudi Arabia and Norway, Qatar has joined the Net Zero Producers Forum. This group of fossil fuel producers aims to discuss ways to reduce emissions released into the atmosphere during the production, but not the consumption, of fossil fuels.

As the country relies heavily on imports, droughts in other countries threaten its food security.