Ahmad Samim Hoshmand, a top climate official before he fled the Taliban, says Afghans need support more than ever to cope with climate impacts 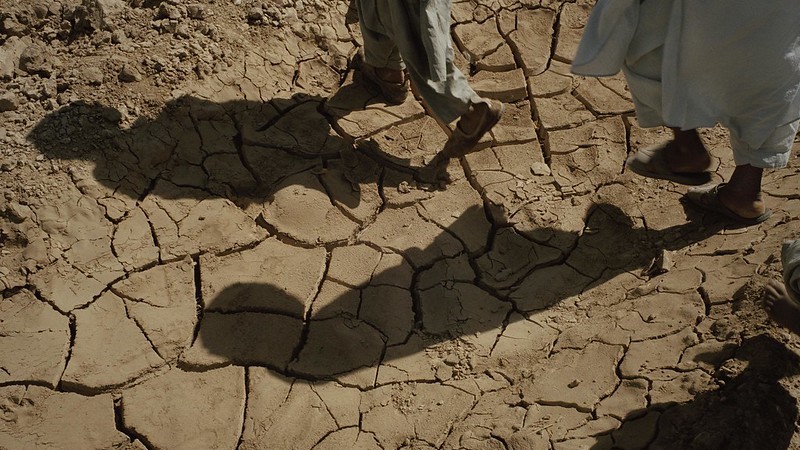 An Afghan climate negotiator, who fled his country as the Taliban closed in on the capital Kabul, is calling on the international community to improve access to climate finance for conflict-affected states, including Afghanistan.

Speaking from a small village outside Dushanbe, the capital of Tajikistan, Ahmad Samim Hoshmand told Climate Home News he was “grateful to be alive” after escaping with no belongings and no money. He left behind more than a decade of climate and environmental work.

As climate change director at Afghanistan’s National Environmental Protection Agency, Hoshmand lobbied for greater international support to address climate change in conflict-affected states. In 2019, he made his case as technical lead of Afghanistan’s delegation to the UN climate talks in Madrid, Spain.

Now, he fears that international donors will cut ties with Afghanistan under Taliban rule and suspend the climate aid its people desperately need.

A prolonged drought and severe water shortages left more than 14 million people, around 35% of Afghanistan’s population, facing acute food insecurity before the Taliban takeover – a situation compounded by the chaos as US-led forces left the country.

“The climate threats of drought and desertification faced by Afghanistan does not recognise politics and diplomatic relations – it is a threat to the people of Afghanistan whether they are led by the Taliban or someone else,” Hoshmand told Climate Home News over the phone.

“Our people are in great need of support: they need to build resilience, they need to learn new agricultural techniques, they need to be made aware of climate threats. People in Afghanistan deserve to be well equipped to address climate shocks.”

Hoshmand’s own situation is precarious. Until a few weeks ago, he was responsible for enforcing the country’s ban on ozone-depleting substances, known as HCFCs, which countries agreed to phase out under the Montreal Protocol.

As the Taliban swept across the country releasing prisoners, Hoshmand received death threats from illegal HCFC traders seeking revenge. He was forced to flee with his family.

“I dedicated my life to fighting climate change and ozone depletion and I am proud of it. But nobody cares,” Hoshmand said, adding he felt he had been “left behind” as US-led forces evacuated some Afghans they had worked with but overlooked environmental advocates.

As the Taliban seizes control of Afghanistan, coal is a key source of revenue

Under the Paris Agreement, Afghanistan, one of the poorest and most climate vulnerable countries in the world, committed to cut its emissions 13.6% by 2030 compared to business as usual scenario and increase its adaptive capacity to climate shocks, conditional on international support. At the time, it estimated needing $17 billion to implement the plan.

But Hoshmand described accessing GCF funds as “slow and painful” and “impossible” for countries affected by conflict. “If we commit to [a climate plan] and have no access to the GCF, and there is no other access mechanism [for finance], it’s not fair,” he said.

Hoshmand called for a special representative to speak on behalf of conflict-affected states at GCF board meetings.

There is one active GCF-funded project in the country, designed to provide renewable energy access in rural areas through investments in solar mini-grids. This has been put on hold “to allow for a full review of current and emerging risks,” the spokesperson said.

He added the fund will “continue to monitor the situation closely” together with its implementation partners.

Other GCF-funded activities have also been put on pause pending a review. These include staff training and institutional support for the National Environmental Protection Agency.

Any changes to the governance structure of the fund, including changes to the board, are subject to negotiation in the UN climate process. The next opportunity to discuss it is at Cop26 in Glasgow, UK, in November.

What is Cop26 and why does it matter? Your guide to the Glasgow climate summit

Janani Vivekananda, a senior advisor on climate change and peacebuilding at thinktank Adelphi, told Climate Home the demand for climate finance from fragile states “is not reflected in our current financial architecture” – a gap, she said, that urgently needs addressing at Cop26.

Lower absorption and institutional capacity, poor governance and increased risks of corruption and misappropriation mean fragile states have received much lower and more volatile aid flows than other countries.

Vivekananda called for international climate funds to learn how to operate in conflict zones and adapt their mechanisms. “Otherwise, this can do a lot more harm than good,” she said.

She added that Cop26 was “a really important moment” for countries to discuss how to better support fragile states. “Donors face risks and the risks will not change but climate change finance needs to become less risk-averse” or cycles of climate impacts and conflict will be locked in, she said.