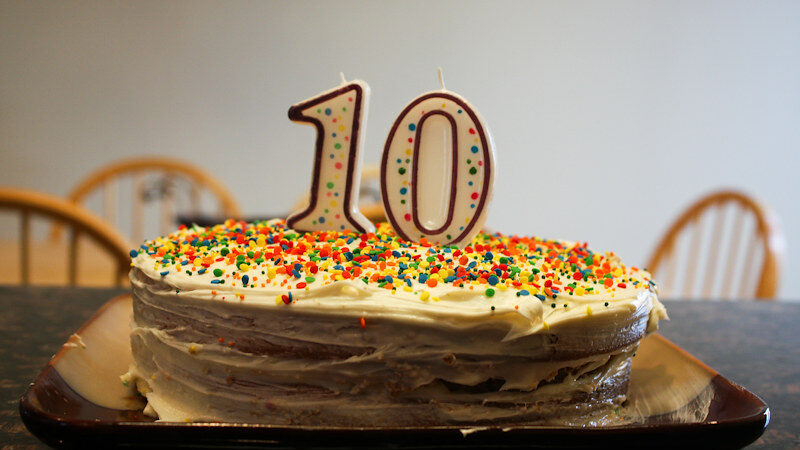 Today we are ten (Pic: Phae/Flickr)

The media organisation now known as Climate Home News has been publishing, in some form, for ten years. I have been part of the journey for the past seven and editor for one.

To mark the anniversary, founding editor Ed King shared some reflections on his six years at the helm. Here are mine.

Much has changed since Climate Home’s inception, in both climate and media.

In the climate space, the emphasis has shifted from negotiating an international deal to delivering it. The White House has swung from action to denial and back again. Public awareness and concern has surged as apocalyptic wildfires and flash floods make the gap between scientific necessity and realpolitik harder than ever to ignore.

In media, independent news websites have gone from being scrappy outsiders to established hubs, as innovation flourishes across an array of distribution channels. Legacy outlets are investing more than ever in climate reporting, while specialists are connecting directly with readers through newsletters on every niche from climate anxiety to the environmental impact of mining.

It is not a zero sum business. The biggest story of our time can have many tellers. But an increasingly crowded climate media landscape keeps us on our toes. We are competing for readers’ fragmented attention and various sources of funding to pay our wages.

We made our name as an authority on international climate diplomacy and negotiations. Following the Paris Agreement, the climate agenda rippled through all manner of institutions, including multilateral forums on shipping, aviation, biodiversity and trade. Climate Home kept track of these often arcane processes, while connecting them with people’s lived realities around the world.

Our publisher James Ramsey has backed this journalism throughout, often in challenging financial circumstances. His comment on the anniversary was: “I never thought we’d get there.”

To keep going and growing for the next decade, we need to know our place in the ecosystem.

This year, we took some time in the team to codify our mission, vision and values. If that sounds more earnestly corporate than the publication’s freewheeling early days, well, it is. We’re not the new kid on the block any more. After a decade of solid journalism, we have a reputation to uphold.

So, the mission: to deliver original reporting that informs and inspires action to to tackle the global climate crisis.

The vision: become the go-to outlet for a global community of doers and thinkers seeking to deeply understand the political, social and economic drivers of the climate crisis and climate action.

The values: I won’t go into all seven here but collaboration, editorial integrity and an international outlook are central.

And we asked you, the audience, for your views. What we heard is that you find stories on Climate Home News that are not reported anywhere else, you trust us to be accurate and clear, and that many of you use the news in your paid work or voluntary activism.

We also heard your suggestions to serve you better. You asked for more reporting from developing countries, visualisation of data and opportunities to connect with others in the community through events, among other things. That feedback is all going into our strategic planning.

For me, ten years is something to celebrate – but our work here is far from done. While journalism cannot fix the climate, it is a vital part of the solution: confronting inertia and obstruction, exploring tensions and tradeoffs between conflicting agendas, amplifying marginalised voices and highlighting transformative action.

I hope Climate Home will still be going strong in 2031 and you will come along with us.