Documents agreed by parliament included a declaration that Turkey would implement the climate treaty as a developing country, despite its developed nation status 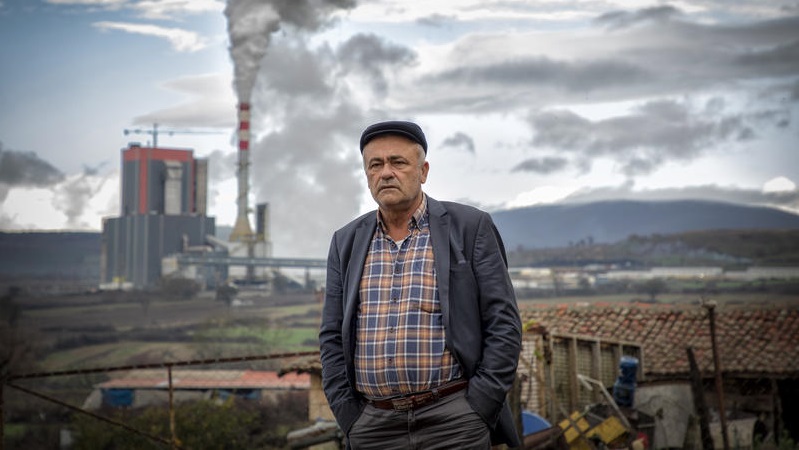 Ali Can next to a coal plant in Çanakkale (Photo: Caner Ozkan/Greenpeace)

Turkey’s parliament ratified the Paris Agreement on Wednesday, more than five year after it signed the treaty.

The move comes days after the government’s cabinet approved a goal to reach net zero emissions by 2053.

But in a declaration approved by lawmakers alongside the text of the Paris climate treaty, Turkey unilaterally declared that it would implement the accord “as a developing country” despite its developed country status in the UN climate convention.

The dispute over Turkey’s status is the reason it held out formally endorsing the agreement. Although it signed up to the climate convention as a developed nation, the government has repeatedly argued that it is a developing country and therefore should be allowed to access climate finance – a privilege of the status.

But following “progress made within the framework of the [Paris] agreement recently”, Turkey would ratify the accord “in conformity with the positive steps which will be taken,” he told the assembly.

A source with knowledge of Turkey’s position told Climate Home News that increased efforts in aligning finance flows with the Paris Agreement eventually may have convinced Erdoğan that ratification could attract more funds for cutting emissions and building resilience than the country receives today.

While Turkey is currently unable to access multilateral climate finance from sources like the UN’s Green Climate Fund, it has received substantial funding from EU institutions. Between 2013 and 2016, Turkey was the main recipient of EU funding, receiving an average of €667 million ($770m) a year, according to data by ACT Alliance. This dropped to around €244m ($282m) in 2018.

The source added that the decision to ratify the accord may mitigate some adverse impacts of the EU’s planned carbon border tax.

But the issue of Turkey’s status remains unresolved. At Cop26, Turkey is expected to try and persuade other countries to support its categorisation being changed. “Finding support for this is still highly unlikely,” the source said.

In parallel to ratification, the Turkish cabinet has approved a goal to reach net zero emissions by 2053, a target which Turkey discussed with the UK, France and Germany on Saturday.

The strategy for meeting this target will be developed early next year, he said. “We have to know what to do. Which sector, which ministry, which NGO…We have to show them the pathway to the 2053 target”.

The vast majority of Turkey’s emissions are from its energy use. The country gets over a third of its electricity from burning coal and has one of the world’s largest order-books for new coal power stations.

Turkey gets over a third of its electricity from coal, in light blue (Photo: IEA/Screenshot)

Katisoz, of CAN, said: “Turkey can announce no new coal and can declare a date for coal exit. It is the quickest way to reduce emissions by 2030 and to get to the 2053 pathway”.

Analysis released last month by Ember found that building a new wind or solar park in Turkey is cheaper than any coal power plant which relies on imports.

About a quarter of Turkey’s energy use is from transport, mainly on the roads. WRI Turkey’s transport expert Celal Tolga Imamoglu said the government should encourage scrapping the sale of old diesel and petrol cars and encourage walking, cycling and public transport.