The ruling Conservative party confirmed the government plans to end generating electricity with unabated gas, putting pressure on other major economies to follow 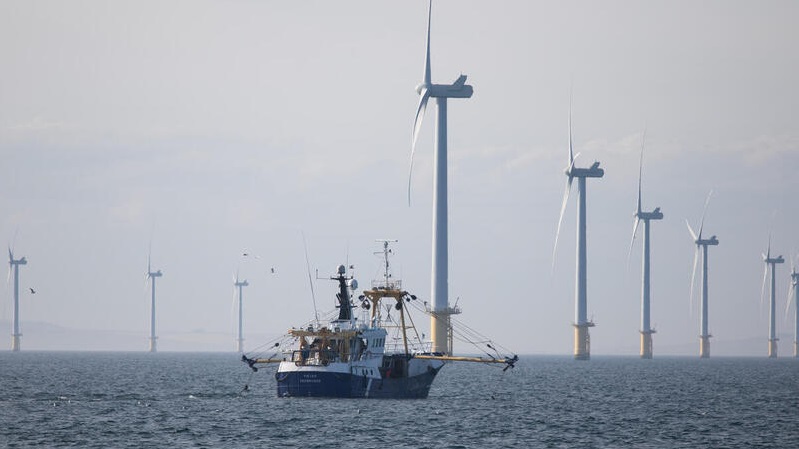 A wind farm near the coast of Newhaven (Photo: Kristian Buus/Greenpeace)

The UK will get all of its electricity from zero-carbon sources by 2035, its governing Conservative Party has said.

The 2035 target is the same pledge made recently by the US’s Joe Biden and Canada’s Justin Trudeau and analysts told Climate Home News it will add pressure on European countries to adopt similar targets.

The announcement was heavily trailed in British media in recent days and punters expected prime minister Boris Johnson to provide more details on the policy in his speech at the Conservative Party conference today.

But Johnson failed to mention the goal, instead insisting he wanted “more wind, more nuclear, less hydrocarbons from abroad” in order to save British consumers money.

The pledge was recommended by the UK’s official climate advisory body, the Climate Change Committee, and pushed for by green campaigners.

The UK’s reliance on methane gas has been in the spotlight recently as prices have surged and pushed up electricity prices, as they have across Europe.

While it has almost removed coal and oil from its electricity system, the UK still gets 40% of its power from gas.

The government plans to replace the remaining gas with offshore wind, nuclear and other zero-carbon sources. Campaigners hope the goal will be enshrined in legislation later this year.

Chris Venables, head of politics at the Green Alliance, described the announcement as “a good diplomatic bellwether” weeks before the start of the Cop26 climate conference in Glasgow.

He told Climate Home it was “really powerful, a really good signal, great news…it builds on what Biden’s saying, builds on what Trudeau’s saying as well”.

Following on from the US and Canada’s 2035 target, the UK’s pledge puts pressure on advanced economies to follow suit.

Think tank Ember electricity analyst Phil MacDonald told Climate Home that while the EU does not have an explicit target date to decarbonise its electricity systems, its climate policies mean it will have to do so by around 2035.

Germany currently plans to keep burning coal for electricity until 2038 – although the Green Party, a kingmaker in the country’s coalition talks, wants to move this forward to 2030.

Macdonald said “nobody in Germany thinks they will still be burning coal in 2038,” but a commitment to an earlier phase-out will help pressure coal-reliant Eastern European countries like Poland.

On Monday, the UK’s energy secretary Kwasi Kwarteng gave further indication over how the 2035 zero-carbon electricity pledge will be met – setting out restricted loopholes for gas.

Gas plants will be allowed to keep running “if needed for security of supply” or if equipped with technology designed to capture the plant’s carbon emissions.

Analysts told Climate Home the narrow exceptions gave very little wriggle room for gas to continue to be used to generate electricity in the UK.

MacDonald said the “security of supply” caveat used the same wording as the UK’s coal phase-out pledge, which has never been used as the UK rapidly phased out coal power. “By the time we get into the 2030s, the idea that we will continue to be using gas plants will not be necessary,” he said.

He added that the government will need to decide “pretty quickly” if it wants to use gas plants with carbon capture to generate electricity “because if it is, then they need to start building it now”.

And a decision to roll out carbon capture and storage technology would be an expensive one. MacDonald said the technology has “a pretty chequered history” and that the few plants that have tried to roll it out “have been quite unsuccessful and uneconomic”.

“With the gas price being so high at the minute, the idea that we have this gas supply that’s already very expensive and we’re going to make it more expensive with carbon capture doesn’t look very appealing,” he added.

She added that barriers to onshore wind should be removed to enable the UK to meet the target. The UK’s planning system makes it difficult to build wind farms onshore.