Changing fire activity seen through the lens of orbital satellites

Sponsored content: The European Space Agency is using satellite imagery to understand the changing behaviour and impact of fires at a regional and global scale 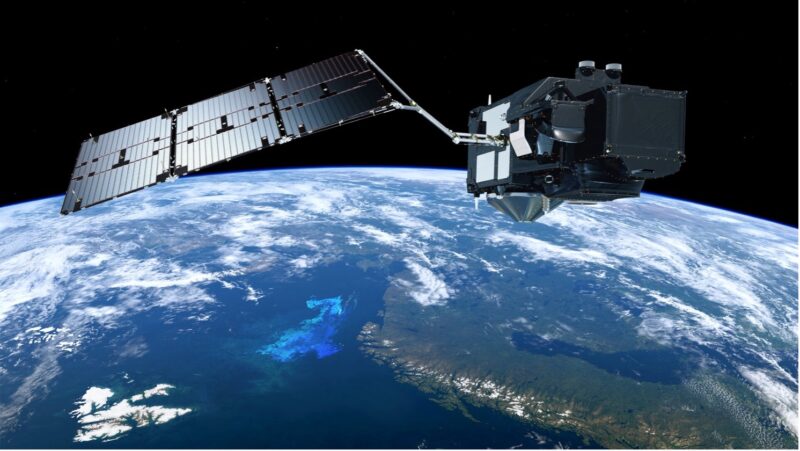 A satellite, the size of a small truck, orbits the Earth’s exosphere taking precise readings of environmental and climatic variables, including fire.

The craft, Sentinel-3a, is one of two satellites in the Sentinel-3 series under the European Union and European Space Agency’s (ESA) Earth observation programme, Copernicus.

Its mission, among other things, is to gain a global view of land burned by fire through observing dry areas, flames, and smoke emissions.

Under the ESA’s Fire Climate Change Initiative (Fire CCI), researchers are using the information to extend the length of datasets for burned areas, as well as to improve the accuracy of existing data.

The climate modelling community demands time series of at least 30 years to understand long-term changes and this has been met with the release of the FireCCILT11, a multidecadal dataset that provides a global map of burn areas from 1982 to 2018.

Offered as gridded data with a resolution of 0.05 degrees (or around 5km), the time series was produced through the use of historic satellite observations from the Advanced Very High Resolution Radiometer on NOAA’s Polar-orbiting Operational Environmental Satellites.

“The longer time period of this new product offers climate, vegetation and atmospheric modellers, as well as fire researchers and fire managers interested in historical burn patterns, the ability to analyse decadal trends,” says Emilio Chuvieco, professor of geography at the University of Alcalá and science lead for the Fire CCI.

“Having longer time series enable scientists to detect changing fire disturbance patterns, particularly from extreme events, such as those recently produced in Australia and Western USA,” he adds.

Fire and smoke across Athens on Wednesday 18 August 2021, captured by the Copernicus Sentinel-2 mission (Photo: ESA)

There are two main ways satellites monitor fire activity across the world and both methods complement the other to provide a spatially temporal picture of changing trends.

“The first is related to the thermal anomaly that occurs when vegetation burns, implying a notable increase over the background temperature, and this signal is quite easy to detect, but is very short-lived,” explains Chuvieco.

“The second possibility is monitoring changes in surface reflectance as a result of scorching or char of burned vegetation. This signal is less clear but more permanent,” he says.

While Sentinel-3 has helped to create a larger, but lower resolution, dataset with a big picture look at the entire globe, another satellite series, the Sentinel-2, has been used for much finer analysis. The importance of this is the ability to understand the behaviour and impact of smaller fires with a resolution of 20 metres, compared to others used in fire occurrence which typically have a footprint of 500 metres or more.

“This was one of the most exciting outputs of the Fire CCI project, as we were able for the first time to generate burned areas from a high-resolution sensor of a huge territory, the whole sub-Saharan Africa, where most global fire occurs,” says Chuvieco.

“Working at a much more precise resolution with Sentinel-2 has given us a much finer picture of the actual fire occurrence in the continent, particularly about the important role of small fires (<100 ha), which account for a significant part of the total burned area”, he adds.

The studies found that land surface in the region affected by small fires, which have remained largely undetected from lower resolution imagery thus far, was 80% more than previously thought and accounting for vast amounts of greenhouse gas emissions (between 31 and 101% higher than earlier estimates).

Ultimately, satellite imagery continues to teach us about the nature of fire disturbance and its associated impacts on a whole host of climate variables. But now, Chuvieco argues, is the time for policy to take heed of these findings.

“At the European level, I think we should better link fire occurrence information and rural policies, particularly those involving the stimulus of traditional practices that have been shown to reduce the risk of extreme fires. Climate change policies are also relevant here, as severe fires are commonly associated with heatwaves and droughts – everything on Earth, at the end, is linked.”