Comment: The Netherlands, Denmark and others are committed to supporting vulnerable countries in adapting to climate change impacts 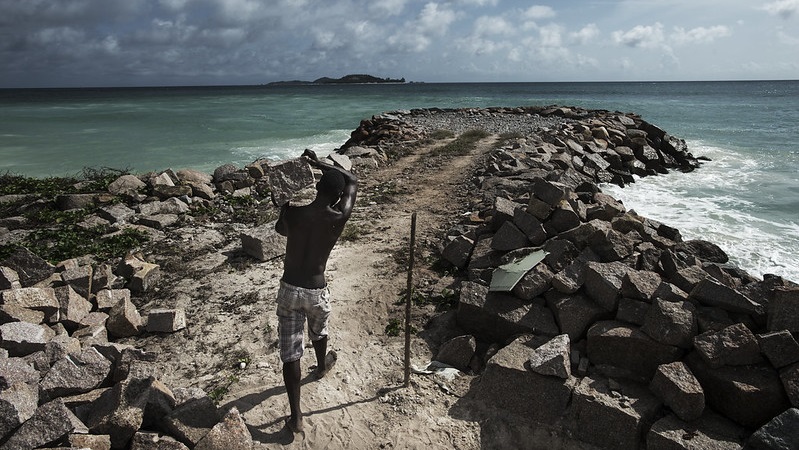 This week saw the release of the delivery plan on the commitment by developed countries to mobilise US$100 billion in annual climate finance. Landing the week before the Cop26 summit in Glasgow, the plan demonstrates that the $100bn goal is on course to be surpassed by 2023.

Major gaps still remain to be filled – in particular, in efforts to scale up adaptation finance and make this finance more accessible to developing countries.

Figures show that in 2019, only one of every four dollars of finance mobilised toward the $100bn went to adaptation finance, with insufficient support reaching least developed countries and small island developing states on the frontlines of impacts. There is a need for a more balanced approach and a clearer focus on those most in need.

The recent IPCC science is a stark reminder that, even at 1.5C of global warming, there is a need to adapt to inevitable climate impacts. While climate change is global, the impacts are skewed. Least developed countries and small island developing states – those least responsible for the causes of climate change – are hardest hit, with local communities in these countries suffering the most.

For these countries, adapting to climate change is not a choice. It is a necessity. And it needs to be done at greater speed and scale.

Alongside Sweden, Ireland and the United Kingdom, our teams in the Netherlands and Denmark earlier this year joined hands as an informal champions group of climate finance providers to engage our fellow finance contributors to work together to address this challenge.

We are committed to a balanced approach for adaptation and mitigation in our own public climate finance and to scale our adaptation finance particularly to least developed countries and small island developing states. By championing these issues with other climate finance providers, we hope to create more scale and impact.

Since we began working together as a Champions Group, we have been joined by two countries, Finland and Germany and engaged with other leaders on adaptation finance including the UN Secretary General. We have reached out to other bilateral and multilateral climate finance providers and found strong interest in joining our efforts. Most importantly, we have heard the calls from climate vulnerable countries for more adaptation finance and easier access. And our aim is to respond to these calls.

From our engagement with climate vulnerable countries, it is clear that scaling up financing for adaptation is not only about quantity. It is also about quality. High debt burdens caused by the economic challenges of Covid-19 reinforce the crucial role of grant-based financing for adaptation to avoid further indebtedness. Foremost, adaptation finance must reach those most in need. The Champions Group supports the least developed countries’ call for localising international climate finance, a crucial resource to support local actors and communities and assist developing countries to respond to and prepare for worsening climate impacts.

Finance for adaptation must also be readily accessible for those in most need. We have heard calls from least developed countries (LDCs) and small island developing states (Sids) to ease the burden and complexity of accessing funds. These issues partly relate to global funds through which we channel some of our adaptation finance. We sit on the boards of these Funds and will work together to find solutions to these issues, including by developing specific policy frameworks for vulnerable country access. It is crucial for all parts of the climate finance landscape to interact effectively and we plan to work with other championing initiatives such as the Taskforce on Access to Climate Finance.

It is equally important that barriers preventing adaptation finance from flowing are addressed. Given developing countries have capacity constraints and are tackling multiple priorities, they can struggle to meet the stringent planning and paperwork requirements to access finance. They lack ‘oven ready proposals’ that attract finance, often because they are missing research, data and technology resources. Some struggle to find the time and resources to work across government and with ministries of planning and finance, to get adaptation integrated across national development plans and budgets through a whole of government approach.

We need more evidence on what works and what doesn’t, and ensuring these vulnerable countries have the relevant resources they need to prepare and implement adaptation action.

We are determined to work together with climate vulnerable countries to put adaptation finance among the top priorities on the agenda at Cop26 and build further momentum towards Cop27 and beyond. Together with our partners from the LDCs and Sids, we want to ensure there is more finance, that it gets down to those most in need at the local level, and that it is more easily accessible.

We encourage other bilateral and multilateral donors willing to commit to achieving a better balance for adaptation in their climate finance to join us in Glasgow. We will host a reception on 8th November at the Cop26 Resilience Hub to welcome your commitments and to hold a frank discussion with climate vulnerable countries on actions we can take beyond Cop26 to address the quantity, quality and access challenges to scaling up adaptation finance.

We trust that by creating this group and by advocating for increased adaptation finance, we will not only contribute to a positive outcome at Cop26 in Glasgow, but also contribute to concrete adaptation action in vulnerable countries across the world.

Prince Jaime de Bourbon de Parme is the climate envoy for the Netherlands.

Tomas Anker Christensen is the climate envoy for Denmark.