Sponsored content: The Adaptation Research Alliance aims to build an evidence base on what works, in partnership with communities on the ground 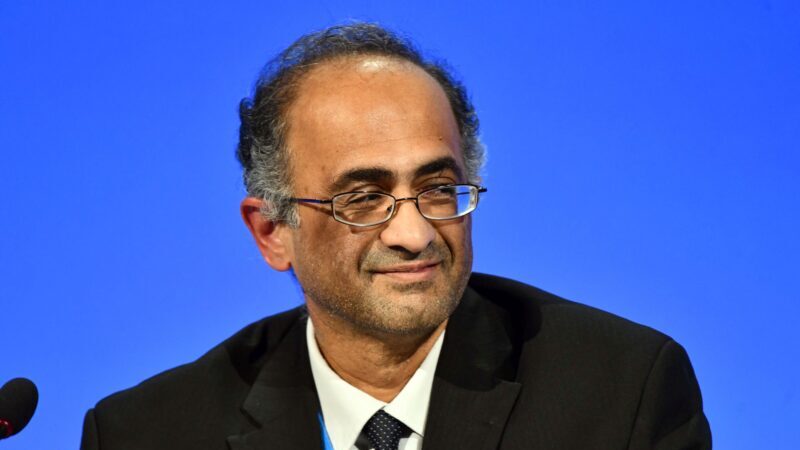 The Adaptation Research Alliance (ARA) is a group of over 90 organisations from 30 economies driving research and innovation for adaptation that strengthens resilience where it is needed most.

Conceived in 2020 to help vulnerable communities cope with climate change, ARA officially launched at Cop26 in Glasgow, UK on Wednesday.

It plans to co-produce solutions founded on real-word experiences, away from business as usual, with inclusivity at the heart of the action.

Some of the words from panelists at the event – notably “hope, excitement, action, outcomes and community leadership” – show the core of a new movement, shifting the way adaptation is going to be done.

ARA’s fresh approach derives from the background of its members, including scientists, funders, policymakers, development bodies and grassroots organisations. The goal is results-oriented adaptation research (ROAR), integrating local knowledge in a way that has not been comprehensively achieved before.

“The ARA works to build the bridge between research and action to co-develop ambitious but realistic outcomes that enable adaptation and resilience research led by the needs of the most vulnerable and which develop solutions that address the scale of the climate emergency,” said Jesse DeMaria-Kinney, ARA’s head of secretariat.

Scientists agree that adaptation is not being delivered at the right pace, which makes extreme weather events, food shortages, economic hardship and diseases even worse.

“Adaptation is an immediate need, especially in developing countries with lower resilience and higher vulnerability,” said Maureen Mbaka, Kenya’s deputy secretary of ICT, Innovation and Youth Affairs. Mbaka presented some “jarring” statistics in front of the Glasgow audience, like “47, the number of people who may die by the end of this talk from causes that can be directly linked to climate change”.

But responding effectively isn’t easy and coordination “takes time”, said Izabella Koziell, deputy secretary general of the International Centre for Integrated Mountain Development (ICIMOD). “We have to come together, and we have to make it work.”

Pilar Bueno Rubial, professor at the University of Rosario in Argentina, agrees: “We can’t do it by ourselves, we need to do it together”.

Accelerating adaptation efforts requires evidence-based solutions that are tailored to local contexts, with peer-to-peer exchange and co-production between all parties.

“Those living at the forefront of climate change have valuable lessons of practice for the adaptation community,” said Mizan Khan, deputy director of the International Centre for Climate Change and Development (ICCCAD) and a member of the ARA. “We must shift our efforts to embrace this knowledge, rather than apply solutions from faraway places out of context with the realities on the ground.”

As a first step in its movement, ARA members have co-developed the Adaptation Research for Impact Principles. A framework for how new adaptation initiatives should be carried out, it works alongside the ARA’s body of work to shape research design, knowledge-sharing and outcome tracking to ensure a focus on equity and action.

At the event, Max Cuvellier from GSMA Mobile for development announced a fund for small and growing companies working on ICT for climate resilience with equity funding up to £250,000 ($335,000).

Finally, a partnership between the UK and Canada will extend funding to the Climate Adaptation and Resilience (Clare) research programme. The total amount will be £110 million ($159m) – £100m from the UK and £10m from Canada – of which nearly £40m ($54m) is dedicated to addressing adaptation in Africa.

“We will ensure women’s voices shape these conversations, and women’s leadership and expertise are championed to deliver gender-sensitive adaptation solutions,” said Anne-Marie Trevelyan, UK secretary of state for International trade.

Announcing new funding and collaborations in Glasgow, with all eyes on them, was crucial.

“Cop26 is a critical moment for galvanising action on adaptation and resilience. It is also a prime opportunity to underscore the centrality of research to understand what works and what doesn’t to ensure our communities are resilient to the challenges posed by climate change,” said DeMaria-Kinney.

“Our momentum will only grow as we welcome new members and facilitate more innovative projects where practical solutions that genuinely reduce the risks from climate change for the most vulnerable can be developed.”

This post was sponsored by Adaptation Research Alliance. See our editorial guidelines for what this means.