Sponsored content: A housing developer in Mexico is using the UN’s Sustainable Development Goals as its business framework 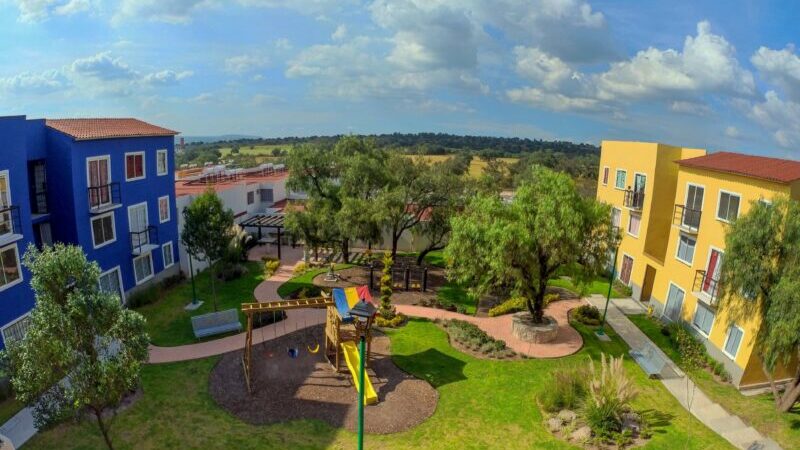 Sustainable cities are a key element in the race to Net Zero and Comvive, a housing developer in Mexico, is on a mission to build communities that align with both environmental and social goals.

The organisation has built over 3,000 homes and has committed to incorporating all 17 Sustainable Development Goals, an interlinked set of global targets designed by the United Nations. Its vision is aligned with the UN 2030 Agenda having joined the UN Global Compact Initiative as a signatory in 2019.

“SDGs give us a robust framework to build on and we believe building houses with these targets in mind will ultimately increase the quality of life of residents and the longevity of communities,” said Inigo Orvañanos Corcuera, CEO of Comvive.

With 40% of its 130 million inhabitants still living in poverty, Mexico is faced with a tremendous challenge in the next decade to build sustainable and resilient cities. Over the last 15 years the government and private sectors have joined forces to produce and finance more than 8.5 million homes, but a further 14 million units, representing 34% of the country’s total inventory, are needed to attend the high Mexican housing demand.

Demands will only increase as the world population follows its trajectory, and it is expected 82% of inhabitants across Latin America and the Caribbean will live in cities, up from 41% in 1950.

According to the United Nations Human Settlement Programme, cities consume 72% of the world’s energy and produce 60% of global greenhouse gas emissions, and so sustainable communities, Comvive says, are key.

“It is fundamental to learn how to create houses towards Net Zero and from now until 2050 the populations of cities will double and if we don’t create cities that are aligned to the Sustainable Development Goals, it will be impossible for humanity to reach net zero,” said Orvañanos.

The company’s sustainability strategy covers the three axes of environmental innovation, social impact-building, and economic sustainability and this is considered throughout the entire development process and begins as early as choosing where to build.

“It’s for this reason that we owe it to Mexican citizens to not just give them a house, but a home, and a community which will fundamentally increase their physical and mental wellbeing, while lowering carbon emissions, all in line with the UN’s development goals,” he added.

Last month, Comvive was recognised as an Excellence in Design for Greater Efficiencies (EDGE) champion by the International Finance Corporation.

They’re now in the process of building another 1,000 energy efficient homes, with funding from the Germany Development Bank, and plan to push out towards new geographical markets in the future.

This post was sponsored by Comvive. See our editorial guidelines for what this means.