Tiny Nauru is behind a push to fast-track talks on mining rules for the deep seabed, which could see fragile habitats opened to exploitation as early as 2023 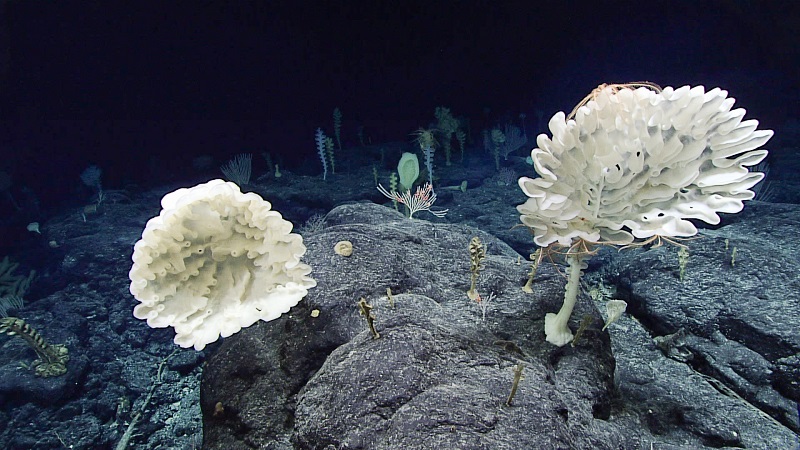 In a large building overlooking the sea in Kingston, Jamaica, national members of a little known international organisation are meeting for contentious talks that could open up the planet’s deep seabed to mining as soon as July 2023.

The ocean floor is rich in mineral deposits, which could provide raw materials to manufacture batteries for electric cars, solar panels and wind turbines. Prospective mining companies see a lucrative opportunity to turbocharge the energy transition.

Yet the cold, dark and inaccessible deep sea is home to a vast array of life, which scientists are just beginning to discover.

Areas of commercial interest are turning out to be some of “the most biodiverse places on Earth,” Diva Amon, a marine biologist from Trinidad and Tobago, told Climate Home News, with 70-90% of the species discovered there never seen before.

Too little is known about the oceans’ deep, its biodiversity and the role it plays in storing carbon to fully understand the impacts the nascent industry will have, Amon said. “Whatever way you look at it, mining is going to be very destructive in the deep ocean. It’s certain to say that this will be irreversible damage.”

Yet, the International Seabed Authority (ISA), which regulates mining activities in international waters, is convening from Monday to consider a roadmap for negotiating extraction rules.

It is proposing to finalise a mining code by July 2023, after being given an ultimatum by the world’s smallest island state Nauru.

The headquarters of the International Seabed Authority in Kingston, Jamaica (Photo: James A R McFarlane/Wikimedia Commons

Countries have been discussing mining the bottom of the oceans for years. While some exploratory activities are under way, no commercial extraction has started in international waters.

The reason for the hype is mineral concretions on the sea bottom known as polymetallic nodules. About the size of a potato, they are thought to take millions of years to form and are rich in manganese, nickel, cobalt and rare earth metals, key components of batteries for electric vehicles.

As the energy transition accelerates, demand for critical minerals could increase sixfold by 2040, according to the International Energy Agency. Supply is lagging.

A high concentration of nodules has been found along a geological submarine fracture in the Pacific Ocean known as the Clarion Clipperton Zone (CCZ).

The Republic of Nauru, having exhausted its own once-rich phosphate reserves, is one of the most vocal supporters of mining this potentially lucrative resource.

The ISA has given out 17 contracts to countries and companies to explore the CCZ, including to Nauru Ocean Resources Incorporated (Nori), a subsidiary of the Vancouver-based Metals Company sponsored by the Nauru government. The Metals Company also struck exploration deals with Tonga and Kiribati.

In June, the island president Lionel Aingimea wrote to the ISA council calling for regulations to be fast-tracked, so Nori can formally apply for approval to exploit the seabed.

Aingimea invoked a never-before-used procedural point, known as the “two-year-rule”. If the rules aren’t finalised by July 2023, the ISA will have to “consider and provisionally approve” licencing requests regardless.

To meet the deadline, the ISA secretariat is proposing nine weeks of in-person meetings across 2022, with countries asked to adopt the plan and start work this month.

While the company didn’t respond to Climate Home’s questions, it pointed to literature on its website targeted at investors, which includes a plan to start commercial production in the last quarter of 2023.

Deep sea bed mining, it says, reduces the risk to carbon stored on land and doesn’t require drilling or blasting since nodules are not attached to the ocean’s floor.

Machines they call “collectors” would only remove nodules in the top five centimetres of the seabed’s sediment, allowing for “recovery to start naturally and immediately”.

The company further describes the seabed as “a barren and common, desert-like environment with limited life, and no threat to Indigenous land”.

For Amon, this is “a flat lie”. Life in the oceans’ deep grows and reproduces slowly, with studies finding very little recovery decades after the sea floor has been disturbed. And the extent to which mining will impact the carbon cycle remains unknown.

Nor is there any guarantee that mining on land would decrease as a result. “One will not replace the other. So we’ll just see double the biodiversity loss, double the impacts,” she said.

A rare deep-sea cirrate octopoduses its fins on either side of its head to propel itself through the water column (Photo: NOAA Office of Ocean Exploration and Research)

Amon is one of 621 marine science and policy experts to have signed an open letter calling for a pause on deep sea bed mining until “sufficient and robust scientific information has been obtained”.

This call for a moratorium is backed by a large number of civil society groups and NGOs, and car manufacturer and computing giants including Volkswagen Group, BMW, Volvo, Samsung, Philips and Google. The business signatories committed not to use deep sea minerals in their supply chains. Microsoft has adopted a temporary ban.

“Only a handful of individuals are talking about opening up this new industrial frontier,” Louisa Casson, an oceans campaigner at Greenpeace, told Climate Home. “But people hardly realise that this is something that governments and companies are actually considering.”

Part of the accountability deficit lies with the fact ISA meetings are dominated by a few countries which a strong interest in deep sea mining. “Not a lot of governments show up because not a lot of them are interested,” said Casson.

Nauru’s ultimatum is pushing governments to take a stance on the issue. And some have already done so.

African countries and a Latin American and Caribbean bloc have written to the ISA to express their concerns at the forced deadline, saying more time was needed to understand the impacts of disturbing the deep and develop appropriate regulations.

In the Pacific, Fiji and Vanuatu have called for a ban on sea bed mining until 2030.

And at the world congress of the International Union for the Conservation of Nature (IUCN) in September, 81 member countries supported a non-binding motion for a moratorium on deep sea mining. Government agencies in Norway and Belgium were in a minority rejecting the motion. Germany, which holds exploration rights, supported the moratorium.

Yet, a moratorium is not up for discussion at the ISA meeting. “We think that should be reflected in this ISA meeting rather than just accepting an arbitrary deadline,” Casson said. “The real question is do we want this at all? Is it really needed?”

From some of the most climate vulnerable nations on Earth, the answer is a firm yes.

Nauru, Tonga and Kiribati have described seabed mining as “a welcome and exciting development” that can help accelerate the transition away from fossil fuels that threatens the very survival of their islands.

It “should be embraced by everyone who cares about the climate future of our planet,” they wrote in a joint statement, arguing that it provides them with resources for sustainable economic development.

Under the ISA regime, these mineral deposits have been designated as the “common heritage of humankind”. That means royalties from their commercialisation will be distributed between all countries, taking into particular consideration the needs of developing nations. Discussions on establishing this mechanism have been particularly contentious.

“For the first time in history, an extractive industry regime will aim to alleviate some of the economic disparities that exist between the Global North and the Global South,” the islands explained.

Matt Gianni, co-founder and political and policy advisor at the Deep Sea Conservation Coalition, an alliance of more 60 international organisations, told Climate Home: “Nauru triggered this two-year-rule to allow The Metals Company to list on the stock exchange.”

Previously known as Deep Green, the company merged with special purpose acquisition company SOAC to go public. Gianni said the firm “needed to convince SOAC investors that this was a good deal and to do that they absolutely needed to show that they will get a licence for mining”.

Weeks after Nauru triggered the two-year rule, the two companies merged to form The Metals Company. It was listed on Nasdaq in September, valued at $2.9 billion – a valuation that plummeted a month later after a key investor pulled out. Nauru’s UN ambassador Margo Deiye, permanent representative at the ISA, attended the listing ceremony.

The Nauru government and the ISA did not respond to requests for comment.

“This [ISA] meeting and the whole scramble of figuring out what to do is not based on a scientific study-approach at the ISA, nor the potential of deep sea mining, nor the extent to which it would impact the environment and whether the world needs these metals. None of this has happened,” said Gianni.

“This is the tragedy of the whole process. It’s almost farcical. If the first company is allowed to mine and makes money, more will pile in.”