Nigerian and Senegalese leaders have criticised western countries for pledging to stop funding gas projects internationally, calling for exceptions to be made 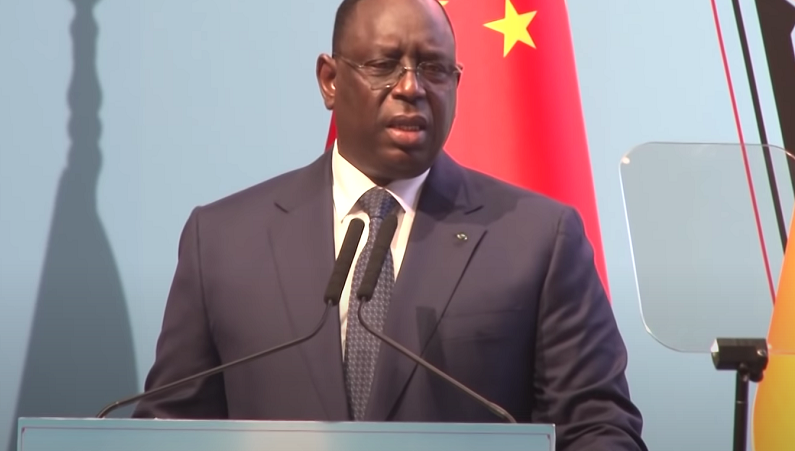 Nigerian and Senegalese leaders have criticised governments, mainly in Europe and North America, for cutting off finance to gas projects.

At Cop26, 20 countries and five development banks pledged to stop approving finance for unabated fossil fuels by the end of 2022. They included the US, Canada, the World Bank, most of Western Europe and six African countries – but not China, Japan, South Korea or Australia.

Two weeks later, Nigeria’s foreign minister Geoffrey Onyeama told a joint press conference with US secretary of state Anthony Blinken: “This would really be a huge blow for countries such as ours that really want to see gas as a transition fuel and to have time in which to work towards net zero… but in the meantime to be able to also continue to use gas and exploit the gas that we have at our disposal.”

He added: “We hope that the US will understand and support us in getting financial institutions such as the World Bank and others to go easy, as it were, on some of these countries that need this transition period to use these fuels.”

Speaking to the Forum on China Africa-Cooperation summit in Senegal’s capital last week, the country’s president Macky Sall said the pledge signed at Cop26 would come at a “fatal cost” for emerging economies.

At the summit, China and 53 African governments signed a joint statement which said they “support qualified gas-to-power”  projects alongside renewables.

Experts told Climate Home News that China could increase its gas finance to Africa but was unlikely to completely fill the gap left by the US and Europe.

Stephen Paduano, who researches China-Africa relations at the London School of Economics, said China “has been repeatedly been burned by other capital-intensive infrastructure projects in Africa, and in the past few years there’s been a visible shift to less capital-intensive undertakings”.

E3G gas analyst Maria Pastukhova said that Chinese banks could support gas projects but would want to bring their own workforce, making the projects less attractive to local populations and politicians.

While Japan and South Korea have also not signed the fossil fuel finance pledge, there were risks to investments from there too, she said. “We probably won’t see a one-to-one shift away from European or US… finance towards Asia”, she concluded.

Whether gas is a necessary first step towards a cleaner and more comprehensive electricity system in Africa is fiercely debated among climate campaigners.

Advocates of gas as a “transition fuel” point out that the developed world used fossil fuels to develop, Europe and North America are still building gas infrastructure and that Africa’s emissions are relatively insignificant.

Opponents argue that Africa doesn’t have to repeat the developed world’s environmental mistakes and can “leapfrog” straight to renewables, which are cheaper, cleaner and faster to develop.

The country has the largest proven gas reserves in Africa, at an estimated 200 trillion cubic feet. “That’s a huge resource underground,” said Onuigbo. He supports the Chinese-funded AKK pipeline, which will bring gas from Nigeria’s southern oilfields to cement producers, compressed natural gas users and new power plants in the north.

As Delhi chokes, India’s supreme court is grappling with the air pollution crisis

A spokesperson for the UN-affiliated Sustainable Energy for All (SE for All), which is led by the Nigerian electricity expert Damilola Ogunbiyi, said: “For countries in the global south, natural gas may have a role in the energy transition, but only in some sectors for a limited time… This includes gas providing electricity system flexibility for renewable integration, saving emissions through fuel switching… and by ensuring energy security.

“While we hear many references to ‘leapfrogging’, it may be highly desirable but opportunities to do so in the global south are not widespread or immediate,” they added.

Iskander Erzini Vernoit, an E3G analyst and former adviser to the Moroccan climate talks presidency in 2016, said that while leapfrogging is not always easy it is possible.

Morocco had shifted away from fossil fuels to renewables “partly because of the cost of gas,” he said.

Pastukhova said the reason millions of people in Nigeria and Senegal lack electricity is not because of a lack of fossil fuel supply.

In both countries, electrification rates are far higher in cities than rural areas. Power grids often do not reach into rural areas so people rely on diesel oil generators.

Replacing these generators with gas-fired power stations and electric grids would take a long time and be expensive, Pastukhova said, and it’s easier and cheaper to provide solar panels.

As well as homes, she said the majority of businesses can easily run using these “distributed” renewables. The more difficult exceptions are heavy industries which need a lot of heat like steel and aluminium manufacturers.

Aside from electricity, Onuigbo raised fears that the Cop26 announcement could hinder foreign support for the roll-out of cooking gas.

Just 9% of Nigerians and 17% of sub-Sahan Africans have access to “clean cooking” fuels like liquified petroleum gas (LPG). Many others are forced to use firewood or charcoal which are time-consuming to collect, damage health and encourage deforestation.

But the Cop26 statement includes a loophole for “limited and clearly defined circumstances” and a Cop26 presidency spokesperson said that “we envisage LPG not falling under this ban of support to the unabated fossil fuel energy sector”.

The UK’s own ban on fossil fuel finance includes an exception for LPG for cooking and heating and the other signatories are expected to follow its lead when drawing up their guidelines.