As experts debated a controversial proposal to classify palm oil plantations as forest, their event in Jakarta was disrupted by swearing and pornography 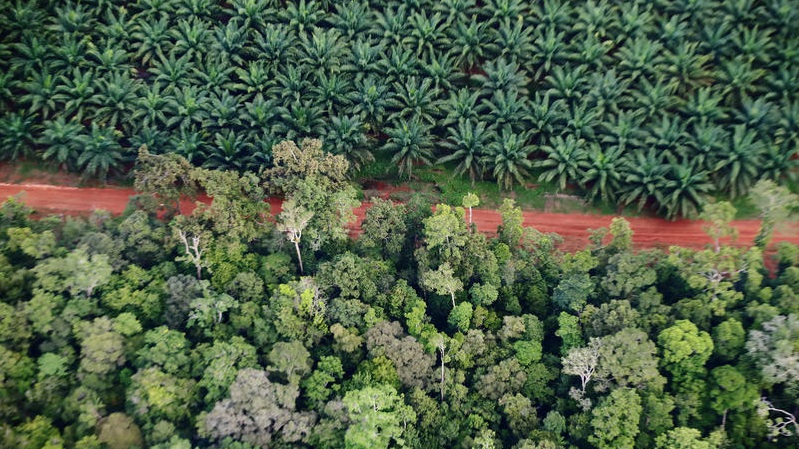 On 25 November, a group of scientists, business people, civil servants and campaigners were gathered at a conference centre just south of Jakarta listening to a presentation by a distinguished forestry professor when chaos broke out.

In the chat column of the Zoom webcast, random names appeared writing nonsense and abuse of Indonesians, the viewer said. After about ten minutes, the organisers regained control and the seminar continued.

At issue was whether palm oil, which is used in a wide variety of consumer goods, should be considered a forestry product – a question with high stakes for the multi billion dollar industry and the climate. Indonesia is the world’s largest producer of palm oil; expansion threatens natural forest rich in carbon and wildlife.

As the hackers did not say who they were or what they wanted, both sides of the debate sought to blame the incident on their opponents. Palm oil’s defenders paint themselves as victims of a media offensive, while environmentalists see the hacking as consistent with a pattern of intimidation by the industry.

The seminar’s official organiser, Yanto Santosa, is a long-time defender of palm oil from the forest department of Bogor Agricultural University (IPB), where the seminar was held. He told the Palm Oil Indonesia website that he suspected the hackers disagreed with the seminar’s proposal.

His suspicions were echoed by Gulat Manarung, who chairs the Indonesian Palm Oil Farmers Association (Apkasindo) and has served a prison sentence for bribing an official to reclassify land he had planted with oil palm. He attended the seminar and said the hacking was part of a “social media war” against palm oil stoked by journalists.

Boy Even Sembiring, an environmental lawyer and director of the WALHI Riau campaign group, disagreed. He told Climate Home News that the hackers were likely to be “someone who disagree[d with] the academic information presented by the dean”.

While the seminar’s proposal was that palm oil plantations should be considered as forest, the presenter who was interrupted was arguing the case against. Sigit Sunarta is the dean of the forestry department at Gadjah Mada university and is well known as a critic of the palm oil industry.

In a blog post after the event, he said he was about to argue that palm oil expansion had led to deforestation, reduced biodiversity, increased the frequency of floods, droughts and fires and hurt local communities.

“In the midst of various natural disasters (especially floods) that have occurred in various parts of Indonesia, most of which are considered to be due to the conversion of forests into oil palm plantations, this proposal is considered unethical,” he wrote.

The replacement of forests with palm oil plantations cuts the habitats of animals like orangutans, tigers, rhinos and small elephants. This often forces them into contact with humans. A tiger killed a 16-year old boy on a palm oil plantation in August.

Fire is often used to clear forest for palm oil and the fires can spread out of control. Palm oil is a thirsty crop and can worsen drought, while deforestation makes flooding more common.

Like all plants, oil palm absorbs carbon as it grows. But it absorbs less, in the long term, than the natural tropical forest or peatland it replaces.

In November 2019, two Indonesian journalists who had opposed palm oil expansion were stabbed to death. A police officer investigating the murder said he suspected “the motive is revenge over oil palm plantations”.

In April 2021, a palm oil firm accused a security guard of stealing palm oil fruit and police arrested him. The man was a member of an indigenous group who had opposed the company and his lawyers said there were irregularities in his arrest.

The week before the hacked seminar, a local official was arrested on suspicion of taking bribes from the palm oil industry. Andi Putra was accused of taking a $141,000 bribe to extend a palm oil permit.

On a national level, palm oil producers are represented by Apkasindo and the Indonesian Palm Oil Producers Association (Gapki). With the Indonesian government under pressure to halt and reverse deforestation, much of which is caused by forests being razed and replaced with palm oil plantations, they have been pushing for oil palm to be reclassified as a forestry product.

Indonesia and Malaysia’s palm oil concessions (top, pink) are in the same areas as much of their commodity-driven deforestation (bottom, red) (Pic: Global Forest Watch/Screenshot)

Aida Greenbury, an Indonesian sustainability expert, said: “Creating vague definitions for ‘forest’ is a common tactic by policy makers and corporations. In this case, it could be used to change the perception of deforestation being associated with palm oil.”

She added: “Categorising oil palm plantations as ‘forest’ could be used to lower the country’s official deforestation rate, as well as make them eligible for carbon offsets… It would probably even legalise oil palm plantation development in protected forest areas.”

Campaigners fear they may be successful. “[The industry association] Gapki have a lot of money,” said Greenpeace’s Taufik. “They can influence the government…

“That’s why it’s important for us as civil society to fight this because otherwise, five years from now, then it’s become part of the forest and that would be a disaster for us,” he added.

At last month’s Cop26 climate summit, Indonesia was one of 141 countries to agree to collectively “halt and reverse forest loss and land degradation by 2030”.

But on her return from Glasgow, environment minister Siti Nurbaya Bakar wrote on Facebook that this commitment should not be interpreted as a pledge to end deforestation.

“Massive development under way under President Jokowi’s era must not stop in name of carbon emissions or in the name of deforestation,” she said.

Siti did not respond to a request for comment on the proposal to reclassify palm oil.