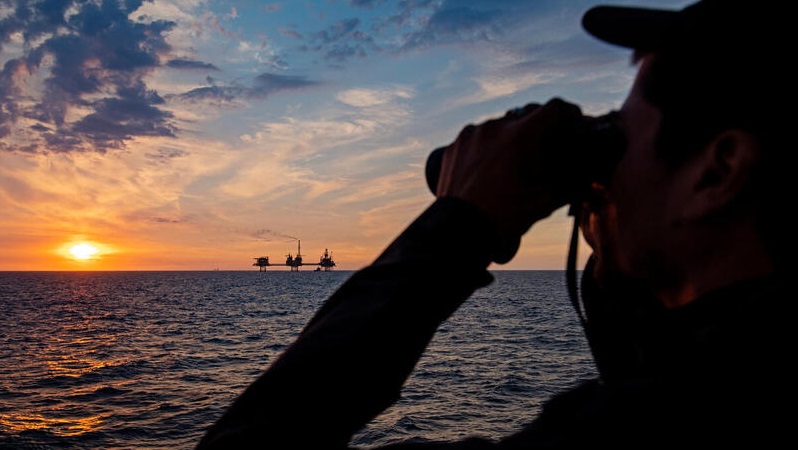 The UK government has launched a consultation on “climate compatibility” tests for new rounds of North Sea oil and gas drilling licences, ignoring calls to keep fossil fuels in the ground.

Prime minister Boris Johnson recently told the Cop26 climate summit “let’s keep 1.5 alive”, calling on leaders to uphold the strongest temperature goal of the Paris Agreement. The International Energy Agency advised this year that there was no room for new oil and gas production in a 1.5C scenario.

Yet ministers are seeking to justify further development of offshore oilfields on the basis they will be less carbon intensive than imported hydrocarbons.

“This has to be a transition, not extinction,” tweeted business and energy secretary Kwasi Kwarteng. “Turning off the taps would put energy security + British jobs at risk – and leave us more reliant on foreign imports.”

An attempt, led by Denmark and Costa Rica, to get countries to promise to end fossil fuel production at Cop26 ended up covering just 0.2% of global oil production.

This has to be a transition, not extinction

Turning off the taps would put energy security + British jobs at risk – and leave us more reliant on foreign importshttps://t.co/mWltQwkdEq

Rather than join that club, the UK government is proposing a checkpoint before further rounds of licensing, with the decision to proceed or not based on six criteria.

Of these six proposed tests, three focus on the emissions coming from the production of oil and gas. These emissions come from oil and gas companies leaking and burning methane gas as a by-product and using fossil fuels to operate ships, helicopters and machinery.

One proposed test asks whether the UK is a net importer of oil and gas. The UK is currently a net importer and is expected to remain so. The government argues that producing its own oil and gas is more environmentally friendly than importing it.

The two remaining proposed tests are climate focussed. One asks to consider so-called scope 3 emissions, which come from the end use of the oil and gas. The other considers the global production gap, the fact that the world is producing more fossil fuels than it can burn for 1.5C.

Greenpeace UK’s chief scientist Doug Parr told Climate Home News the decision should also reflect climate equity considerations. “As a well-developed country with a historic liability and a diversified economy, if we can’t emerge from fossil fuels, how hard is it going to be for those countries which are actually really dependent on oil and gas – parts of the Middle East, Russia, Venezuela?” he asked.

Industry representatives were given the chance to vote on which tests were proposed while Parr said Greenpeace and climate campaigners were “not really consulted”. The tests were originally supposed to be announced in September 2021 but were delayed until after Cop26.

Just to be clear, the 200+ oil & gas fields under existing licences in the UK, both in production & up for approval, contain 6+ billion barrels of oil gas and will keep production going well into the 2030s. The taps will flow for years to come even without new licences.
/1 https://t.co/pR8Sgl8ah4

Parr speculated the ruling Conservative Party was torn between a desire to present the UK as a climate leader and wanting to win votes from the Scottish National Party (SNP) in the north-east of Scotland, where many of the UK’s oil and gas workers are based.

The UK’s oil industry is also under pressure from climate litigation which is arguing that tax breaks should be factored into licensing decisions. If campaigners win the court battle, it could mean that some new licences are no longer considered to be in the national interest.

The consultation closes in February 2022.