The new guidelines include a special clause for natural gas, allowing member states with the lowest GDP to transition from coal to gas 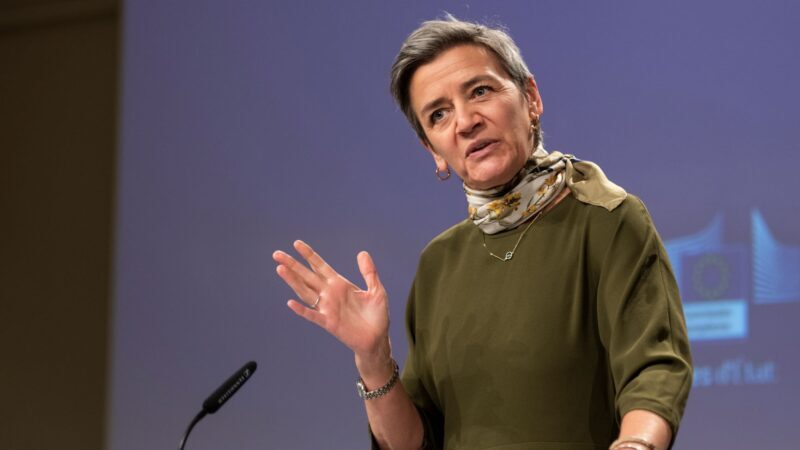 New state aid rules spelling out conditions under which EU governments are allowed to support companies on environmental grounds, boost clean energy, and phase out support for fossil fuels were unveiled by the European Commission on Tuesday (21 December).

If an EU government wants to fund a project that is not in line with the EU’s 2030 or 2050 climate targets, “the balance is not likely to tip in favour of supporting it with aid,” said EU competition chief Margrethe Vestager who presented the new rules.

The guidelines also include a new section on aid for the closure of coal, peat, and oil shale plants to facilitate decarbonisation in the power sector, the EU executive said in a statement.

Once formally adopted early next year, the new guidelines will immediately apply to all EU legal texts. EU member states will have until 2024 to align their existing aid schemes with the new requirements.

Other new areas covered include government support to improve the energy performance of buildings and clean mobility, such as infrastructure for electric vehicles, clean vessels and aircraft.

However, the new guidelines also inject “a bit of pragmatism” into state aid rules, added the Danish commissioner who singled out natural gas as “a special case because for now, it acts as a bridge towards our path to more renewables.”

“But a bridge is not a destination, and state aid decisions will reflect hat logic. Our goal is and will remain phasing out our reliance on fossil fuel. And that includes gas,” Vestager insisted.

When pressed by reporters to elaborate further, the Danish commissioner said a “special clause” will apply to natural gas allowing for “member states with the lowest GDP to transition from coal to gas. Because they kind of need a helping hand in order to do so.”

That comment is likely aimed at EU countries like Poland, Greece, and Romania, which are heavily reliant on coal and planning investments in gas projects to displace it.

Key criteria for fossil gas projects to win EU state aid approval is whether they are future-proof and ready to accept higher shares of green hydrogen or biogas. They must also prevent a lock-in effect into polluting energy by demonstrating a clear pathway to decarbonisation.

“We cannot have gas with a lock-in effect,” Vestager said. “We can make necessary pragmatic exceptions, but it still has to contribute to our green target,” she explained.

Regarding state aid for nuclear, Vestager said that it would continue to be assessed under the 1957 Euratom treaty, which provides a legal basis for EU support to nuclear safety and research projects.

The revised state aid guidelines could play an indirect role for nuclear though, “for instance when hydrogen is produced with nuclear” power, Vestager said. “And that is in the guidelines”.

Notably, the new state aid guidelines will allow governments to support any clean technology with so-called Contracts for Difference, which entitle the beneficiary to a payment equal to the difference between a fixed ‘strike’ price and a reference price – such as the price of CO2 on the EU carbon market.

Contracts for difference were first tested in Germany, which pioneered the scheme last year as part of its €7 billion hydrogen strategy. The scheme is supported by German industry association BDI, which sees it as financing clean technologies in energy-intensive industries like chemicals, cement, and steelmaking.