Support to clean up industries in least developing countries is necessary for the propose levy to comply with WTO rules, Mohammed Chahim argues 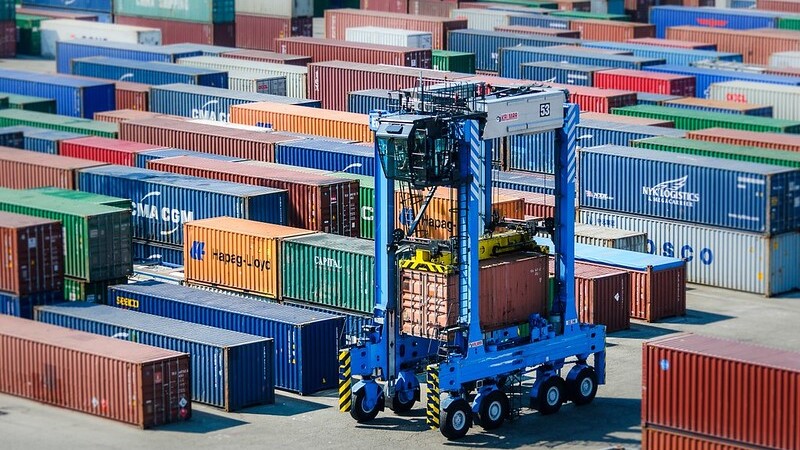 Containers of imported goods at a port outside Marseille, France (Photo: Kari Nousiainen/Flickr)

Revenues from the EU’s planned carbon border tax should be used to help the poorest countries decarbonise their polluting industries, a lawmaker leading on the issue has proposed.

In a draft report submitted to the European Parliament and seen by Climate Home News, Mohammed Chahim, a Dutch centre-left MEP, called for additional climate finance to go to low-income nations hit by a proposed levy on carbon-intensive goods imported to the union.

The report, due to be debated by lawmakers in early February, is a response to the European Commission’s proposal for trade partners to pay a carbon price equivalent to that paid by EU business.

Chahim’s proposed amendments would broaden the scope of the tax and roll it out faster, with some support to soften the blow for the least developed countries (LDCs).

“It’s important that we cooperate rather than be confrontational with our trade partners,” he told Climate Home News. The tax “should not disproportionally affect least developed countries”.

What to watch in 2022: critical moments and issues for climate diplomacy

The levy is intended to prevent “carbon leakage”: heavy industry fleeing Europe for countries with lower environmental standards as the bloc decarbonises.

Experts have raised concerns it could hurt certain poor countries that rely heavily on trade with the EU and bear little responsibility for causing the climate crisis.

Chahim’s report calls for the levy, due to come into force in 2026, to be introduced sooner and on a wider range of imports, adding organic chemicals, hydrogen and polymers as sectors initially covered by the tax.

A transition period would be shorted from three to two years and free allowances would be phased out by the end of 2028 – eight years earlier than the Commission proposed.

There would be no general exemption for LDCs under Chahim’s plan from these rapidly rising costs.

Instead, additional climate finance “at least equivalent in financial value” to the revenues generated from carbon adjustments at the border would be earmarked to support the decarbonisation of LDCs’ heavy industries. This would in turn reduce the cost of tariffs in future.

The Commission would be tasked to annually report on how these additional funds had been used to address climate change in low-income nations.

Chahim told Climate Home that support for LDCs was necessary for the carbon levy to be compatible with the World Trade Organisation (WTO) rules, which regulate trade between nations by reducing barriers and preventing discrimination.

The rules allow countries to adopt trade-related measures to protect the environment. If the revenues generated support the decarbonisation of LDCs’ industries, then the policy is justified as an environmental measure, Chahim said.

“We believe this is a necessary condition to be WTO-compatible,” he explained.

While there is broad support among lawmakers for using the levy’s revenues as additional climate finance, some EU member states are expected to argue servicing EU debt must come first.

For Tim Gore, who heads the climate and circular economy programme at the Institute for European Environmental Policy, how the revenues are used will be critical to the EU’s ability to convince its trading partners of the value of its policy.

“It is important for the EU to show that it has found new, additional and more practicable climate finance,” said Gore. “This is going to be a key part of the diplomatic puzzle. If the EU wants to get this through with international trading partners, it is going to have resources on the table for support.”

Financing the decarbonisation of industries in LDCs would set a precedent that other countries considering a similar carbon border tax, such as Canada, could emulate, he added.

While major emerging economies have slammed the levy as unfair, low-income nations are still getting to grips with how the proposal will impact them.

Aluminium dominates Mozambique’s exports, more than 80% of which go to the EU, for example. Other African nations such as Cameroon, Guinea, Zimbabwe, Zambia, Algeria and Morocco are highly exposed to the proposed tariffs. Not all of them are LDCs.

But he told Climate Home more could be done to turn the levy into an effective transition mechanism for the bloc’s trading partners.

Fakir argued that LDCs with very low carbon intensity such as Mozambique should be exempt from the scheme.