Sponsored content: Having divested its oil and gas assets in 2017, the Danish energy company knows what it takes to pivot to renewables 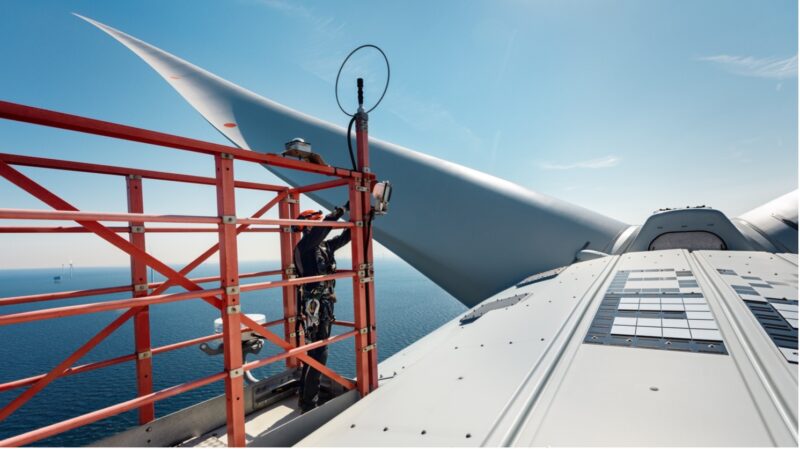 The top of an offshore wind turbine at Burbo Bank, UK (Photo: Ørsted)

To achieve the most ambitious goal of the Paris Agreement, every business and government has a part to play.

Ørsted sold its last oil and gas assets in 2017 and is now the world’s largest developer of offshore wind power. It is the only energy company to have its net zero strategy validated under the Science Based Target initiative.

This experience informs a handbook for decisionmakers, Getting on track for 1.5 °C, setting out key actions to supercharge decarbonisation.

“Taking the necessary action to stay within 1.5 °C is in essence neither a technology, nor an economic challenge. It’s a leadership challenge,” said Mads Nipper, CEO of Ørsted.

“Energy is still responsible for over 70 % of global emissions, and without an immediate ramp-up in action, the world will not halve emissions by 2030, and our shot at a 1.5 °C future is lost,” he added.

Suggested steps include constructing twice as much wind and solar in the coming eight years as what has previously been built, unlocking access to space for deployment of renewables, and improving corporate power purchase agreements.

On Wednesday, Ørsted was named as the most sustainable energy company by the Corporate Knights Global 100 index, a title it has held for the last four years.

Now, Ørsted wants other businesses and governments to enhance and deliver on pledges made at Cop26 climate talks last November to turn promises into action.

This means governments must focus on three overarching issues: decarbonising the power sector, supporting electrification of all other sectors, and meeting electricity demands with renewable energy.

Setting higher short- and long-term targets in solar and wind projects, making land and seabed available, streamlining approvals, modernising the electricity grid, and increasing green public procurement expenditure, are some of the concrete steps to take this decade.

For decarbonisation of high-emitting sectors like heavy transport, shipping, and aviation, suggestions are made to use clean, renewably produced hydrogen.

The company has established nine renewable hydrogen projects across Denmark, Germany, the Netherlands, and the UK, most recently announcing the construction of H2RES, a facility situated at Copenhagen’s Avedøre Holme wind farm, to power the electrolyser with the site’s turbines.

The handbook includes advice for businesses, most importantly to commit to science-aligned targets and report transparently on emission reduction progress.

“It’s an opportunity to show leadership, create new markets, and lower risk for the future, but also ultimately to differentiate yourself and realise financial benefits from doing business in a more sustainable way,” said Nipper.

“We’ve transformed our company completely to get where we are today, and I truly believe that sustainability will soon be a fundamental premise of all businesses.”