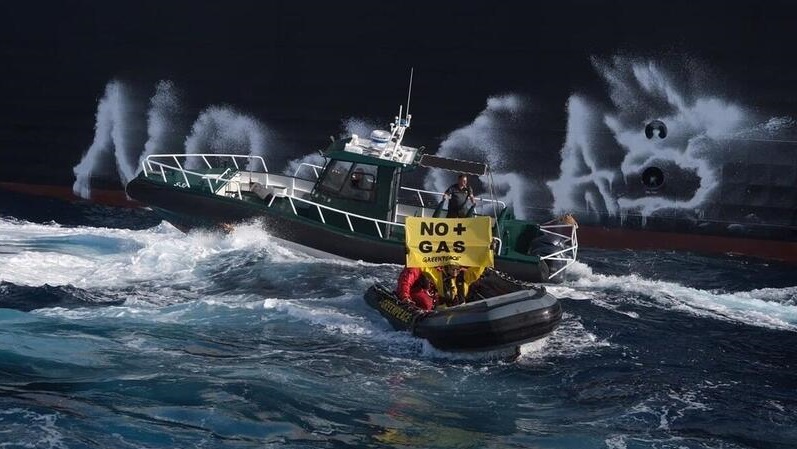 The European Commission endorsed fossil gas as a “transition” fuel under its sustainable finance taxonomy released on Wednesday, in a move campaigners called “the biggest greenwashing exercise of all time”.

Private investment in gas power generation will be classed as “transitional” provided the plants use an increasing share of cleaner fuels like biogas or hydrogen, under the act approved by commissioners. This is subject to negotiation with the European Parliament and European Council over the next four-six months.

Announcing the decision, EU finance commissioner Mairead McGuiness stressed that the taxonomy was not setting energy policy, mandating or prohibiting investment in particular sectors, but increasing transparency in the financial sector.

On the path from coal to renewable energy, “we need to move with all the means at our disposal,” she said. “That may mean accepting imperfect solutions.”

The decision had been fiercely fought over by EU member states. Germany and much of Central and Eastern Europe had supported gas’s inclusion while nations like Denmark, Sweden, Netherlands, Luxembourg and Austria had opposed it and may challenge it in the courts.

Crypto bubble: The hype machine behind a $70,000 carbon credit

The green taxonomy will influence private investment decisions in the EU and potentially create a template for other jurisdictions. Climate campaigners fear it will make gas projects easier and cheaper to finance, locking in more fossil fuel use.

Greenpeace EU sustainable finance campaigner Ariadna Rodrigo said: “Gas is a fossil fuel, and it’s Europe’s leading source of power emissions. The Commission is trying to pull off the biggest greenwashing exercise of all time, and if it succeeds it will certainly lead to more emissions in the future.”

She added: “Exactly how much [extra emissions] is hard to say, because many major financial institutions who have made commitments on climate say that they will not align with whatever alternate reality the Commission is living in.”

Nick Bryer, 350.org’s head of campaigns in Europe said the EU had “caved into pressure from fossil fuel industry lobbyists, who don’t want anything to stand in the way of their profits”.

The Net-Zero Asset Owner Alliance, which represents investors with around $9 trillion to spend, has said that gas’s inclusion is “inconsistent with the high ambition level of the EU taxonomy framework overall”.

The International Energy Agency has said that, if global warming is to be held to 1.5C, the amount of electricity produced with gas should peak around 2030 and fall dramatically by 2040. No new gas production projects are compatible with the strongest target of the Paris Agreement, it says.

Gas’s share of global power generation should peak in 2030 and fall rapidly to get to net zero emissions by 2050 (Photo: International Energy Agency)

The decision has implications beyond the EU’s borders. South Korea has already included gas in its green taxonomy despite protests from Korean environmentalists.

E3G gas analyst Maria Pastukhova told Climate Home News: “The EU’s decision to reconsider the inclusion of gas has been a disastrous signal for investors in the Korean energy sector.”

Many countries are looking into green taxonomies and will consider the EU’s precedent. These include the USA, India, the UK, Indonesia, Malaysia, Singapore, South Africa and the Association of South-East Asian Nations (ASEAN) region.

“All these have been inspired by the EU effort to create the taxonomy… so the EU taxonomy has global visibility and symbolic power and inclusion of gas has done some real damage to this symbol”, Pastukhova said. “It’s very likely that they will also consider including gas in their own taxonomies particularly if they are developing countries.”

On the other hand, the Chinese government has removed gas and “clean coal” from its green taxonomy. Institute for Energy Economics and Financial Analysis researcher Christina Ng said: “China understands that, while it needs to ensure energy security, their pledge to accelerate the country’s transformation to a green and low carbon economy before 2060 means they need to be strategic about how its green finance market should develop and which technologies should be incentivised.”

She added: “They acknowledge that while gas or coal have a place in the energy mix in the immediate term, that does not make them ‘green’ and they do not belong in green taxonomies.”

Russia’s taxonomy effectively excludes most gas power by restricting the green label to projects with lifecycle emissions of less than 100g of carbon dioxide per kilowatt hour. A UK parliamentary report found gas power plant emissions are around 500g of Co2 per kwh and, even with carbon capture technology, they’re above 100g.

The EU, and Germany in particular, have been accused of hypocrisy over the decision. At Cop26, Germany was among seven EU countries to pledge to phase out public support for fossil fuel projects abroad.

This pledge sparked a backlash from leaders in Nigeria and Senegal, who argued that gas was a transition fuel and that developed nations who use gas infrastructure should not prevent developing nations from doing the same.

Nuclear was another controversial inclusion in the EU’s list of sustainable investments. Unlike with gas, Germany strongly opposed labelling nuclear as “sustainable”. France, which gets most of its electricity from nuclear, led the push for its inclusion.

A new German government was formed in December, led by the Social Democrats in coalition with the Green Party and Free Democratic Parties. The Greens reluctantly agreed to accept gas’s inclusion but not nuclear.

Explaining why the Greens are more opposed to nuclear than gas, Berlin-based Pastukhova said: “It all goes back to [nuclear power disasters] Chernobyl and then Fukushima. It’s part of the identity of the Green Party now although there isn’t really understanding that the nuclear phase-out created more challenges for the German energy transition.”

While the European Commission has signed off on the taxonomy, the other two branches of the European Union’s governance have yet to do so.

The European Council consists of member states’ leaders. The European Parliament consists of 705 lawmakers directly elected by the EU public. Both have four-six months to negotiate the details of the proposal.

Greenpeace’s Rodrigo said: “[Members of the European parliament] should take a stand on principle and in defence of climate science, and vote to reject gas and nuclear from the taxonomy.”