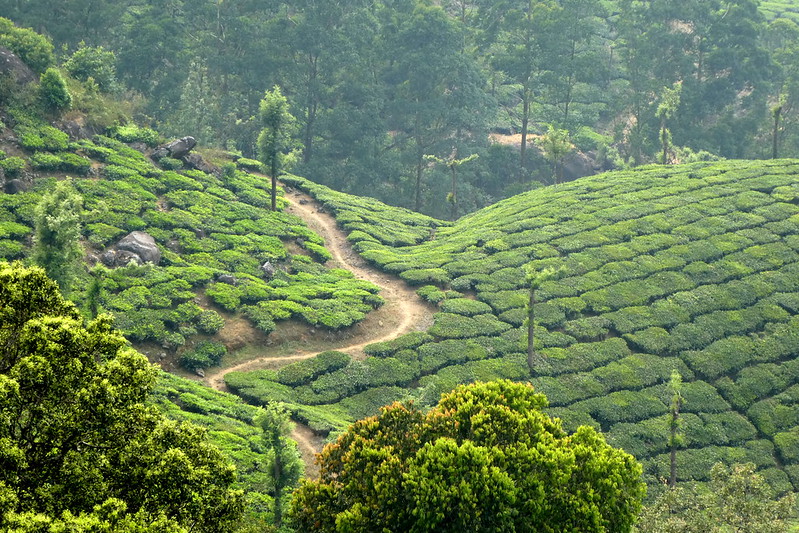 The Indian government is using flawed forest data to falsely claim that it is making progress towards its climate goals and curbing deforestation, experts have warned.

According to India’s latest State of the Forest report, India’s overall forest cover increased by 1,540 square kilometres between 2019 and 2021, while its tree cover increased by 721 sq km. But plantations, orchards and urban green areas are misleadingly counted as forest, while mature forests are being cleared for industrial use.

In 2019, the government changed the methodology for the first time to include trees outside the forest area, both on public lands or private land, Kanchi Kolhi, a researcher at the Delhi-based think tank Centre for Policy Research, told Climate Home News. An area of land over one hectare with as little as 10% canopy density is included in the tally.

“It gives a skewed picture of how much land is actually under forests. By this definition, palm oil plantations will be designated as forest cover when it comes to showing compliance with domestic forest policy and international climate commitments,” Kolhi said.

This allows the government to claim that it is making progress towards achieving its 2030 forestry targets, which are critical to its long-term climate strategy.

The government has set a 2030 target of having 33% of its land under tree cover, as part of its National Mission for a Green India, and has pledged to restore 26 million hectares of degraded and deforested land by 2030. In its 2030 climate plan, India committed to creating a carbon sink to sequester an additional 2.5 to 3 billion tonnes of CO2, through increasing tree and forest cover.

With the latest survey the government “can show an increase in forest growth and carbon stocks, and [efforts] to reduce deforestation,” Souparna Lahiri, climate policy advisor at the Global Forest Coalition, told Climate Home News.

“But it hides the continuing deforestation that is happening due to mining and industrial projects,” Lahiri said, adding that the ministry has given environmental clearance for forests to be cleared for development purposes.

Between 2008 and 2019, 253,179 hectares of forest land were cleared for non-forestry purposes, such as the construction of roads or industrial projects, a government official told Indiaspend. “That is an average of 46,000 hectares of forest being cleared each year,” said Lahiri. “If deforestation is happening, then what is this reality of increasing forest cover? It doesn’t match up.”

The government can use the claim of increased forest growth to pitch for funding from the UN and other international donors, under the scheme known as Redd+, Rajkamal Goswami, research associate at the Ashoka Trust for Research in Ecology and the Environment (ATREE), told Climate Home News.

“The government is looking to leverage the increase in forest cover in the form of payments under Redd+ or increase their net emissions reductions,” he said.

“[The] methodology is a wicked mix of historical obsession of forestry with growing trees and casting the net wide to access climate adaptation or carbon offset funds,” said Kohli. “It allows the government to make a pitch for Redd+ and other climate adaptation funds by showcasing a commitment to forest conservation and increasing carbon stocks.”

From 2000-2015, India was the largest recipient of international development aid for forestry, securing 23% of funds from sources including Japan, EU and multilateral development banks.

Donors including France and the UK are earmarking an increased share of their budgets for “nature-based solutions” that both absorb carbon and support wildlife.

“A true reflection of the state of India’s forests will need to be a multidisciplinary exercise which acknowledges threats, records data and assesses its ecological status,” said Kohli.

“I am very sceptical that things will change for the better soon,” said Goswami. For the government to improve its forest monitoring “intense pressure” is needed, “from the public, scientists and international forest, climate, and carbon governing bodies to make the data public and open to peer-review,” he said.

The ministry of forestry and environment did not respond to Climate Home’s request for comment.