Comment: Instead of supporting a “just transition” away from fossil fuels, international financiers are offering Suriname $1 billion to enable massive oil investments 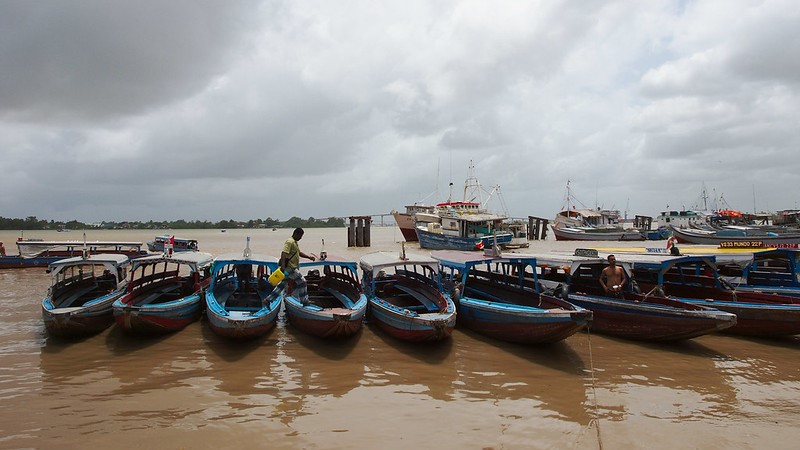 For a long time, Suriname’s economy has been concentrated on oil and mining. Now, the small middle-income nation in South America is facing a public debt crisis and has defaulted on its sovereign debt payments.

At the same time, oil majors have discovered over three billion barrels of oil in Suriname’s offshore basin. Total and APA (formerly Apache) are planning a $7 billion investment in an offshore area, known as Block 58, while ExxonMobil is considering an investment in Block 59.

If the final investment decisions are taken by early 2022, Total estimates oil production will begin by 2025.

It is costly for a government to manage oil development: to assess and issue permits, to audit company-reported development costs, to provide services and associated infrastructure, and to potentially purchase government shares in the new oil operations.

In late December 2021, the International Monetary Fund (IMF) approved a $688 million loan programme for Suriname to be disbursed from 2022 to 2024. In addition, the Inter-American Development Bank (IDB) proposed $300m in budget finance through three policy-based programmes. The World Bank also proposed $30-$100m in budget finance. The proposed IDB finance is expected to go for executive board approval within the next month.

The total sum of over $1bn in international public finance to Suriname is unprecedented. It is clearly designed to incentivise oil companies’ investments in the South American country.

Production sharing contracts between the government and oil companies for the offshore oil blocks are based on a royalty rate of only 6.25 %. This is less than half the average rate in the developing world, which is roughly 16% .

The contracts also provide duty exemptions for oil-associated imports and exports and fast recovery of development costs. The reported break-even cost is an incredibly low $35-$40/barrel. This means big profits for big oil.

To increase government revenues and limit spending, the IMF and IDB loan programmes require: a reduction of consumer subsidies by increasing electricity tariffs, the implementation of a new value added tax (VAT) as a source of non-mineral revenue, the increase in royalty rates for gold mining and the reduction of the public wage bill.

While the IMF specifically targets the low royalty rates in gold mining contracts, it turns a blind eye to the ultra-low royalty rate for oil contracts. Overall, the IMF and IDB programmes increase taxes for citizens and non-oil sectors, while courting new oil investments with exceptionally low royalty rates and tax breaks.

Crucially, both the introduction of the VAT tax and the reduction of the public wage bill are regressive measures that will fall heaviest upon the poorest people of Suriname.

The over $1bn in public finance will be distributed from 2022 to 2024 – the exact timeframe of the oil development phase before production starts. This public finance is critical while there are no oil revenues coming in and the oil-associated, duty-exempt imports are high.

Without this significant and unprecedented financial injection, Suriname could not service its high public debt and foot the government bills for developing the offshore oil fields.

The IDB’s and World Bank’s funding is given as non-earmarked budget support, which means it can go to any oil- or gas-associated expenditure.  The World Bank’s pledge to no longer fund upstream oil and gas only applies to direct project finance and not to budget finance or technical assistance.

Given that the IMF, IDB and World Bank are supposed to help Suriname resolve its debt crisis, pushing over $1 billion in new debt worsens the problem. Upholding policies for big oil profits is reckless for Suriname’s finances and devastating for the climate.

International public funding, which is people’s tax dollars, should not be used to support massive profits for oil companies. It should be used to offer the people of Suriname an alternative to oil expansion – such as paying Suriname to keep their oil in the ground, including through debt cancellation. Afterall, the IDB is Suriname’s largest creditor.

The IMF, IDB and World Bank talk a lot about supporting a “just transition” away from fossil fuels, but they are doing the opposite in Suriname. How can they succeed in any country, if they cannot help the tiny country of Suriname transition away from oil?

Heike Mainhardt is a senior advisor at Urgewald.