The Resilience and Sustainability Trust aims to help countries prepare for climate shocks. Bangladesh, Zimbabwe and the Philippines are among those unlikely to qualify 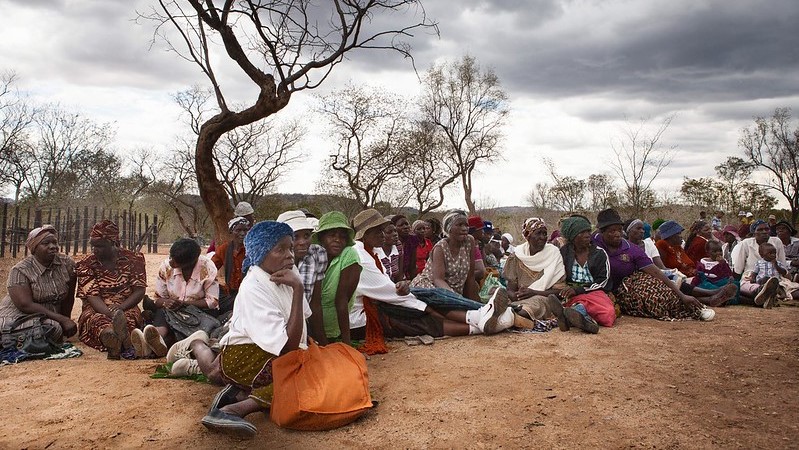 The International Monetary Fund has approved a $45bn fund to boost vulnerable countries’ climate resilience but the strings attached risk excluding many nations in need.

The Resilience and Sustainability Trust (RST) aims to help poor and vulnerable middle-income countries build back better from the Covid-19 pandemic. Squeezed by an economic downturn and rising fuel and food prices, many have little fiscal space to prepare for the future.

The V20 coalition of vulnerable nations welcomed the trust, saying it plugs a gap in long-term concessional financing to address the climate crisis – but warned against imposing “prohibitive” conditions. A requirement for countries to already have an IMF programme to qualify for support is one of the most restrictive criteria.

The IMF estimated that 70 countries would approach the trust for support over the next 10 years. That assumption “will be completely out of reach” if the fund imposes such onerous conditions, Rishikesh Ram Bhandary, of the Global Development Policy Center at Boston University, told Climate Home News.

The RST is a vehicle for wealthy nations to redistribute their IMF pandemic relief, known as special drawing rights (SDRs), to poorer countries in the form of long-term, low-interest loans.

The IMF issued SDRs to its member countries to help them deal with the pandemic. The relief was allocated according to the size of their economies, meaning low-income countries received less than wealthier ones.

In a press release, the IMF said about three-quarters of its members are eligible for financing under the trust. But not every eligible nation will qualify.

To qualify, countries need to show they can repay the loan to the IMF, present a package of policy measures for how they would use the support, such as carbon-cutting and adaptation measures, and already have a programme of policy reforms with the IMF.

Only 45 developing nations have an IMF programme. This excludes some of the world’s most climate vulnerable countries including Vietnam, Bangladesh, the Philippines, Tanzania and Zimbabwe.

As 1.5C overshoot looms, a high-level commission will ask: what next?

Zimbabwe is one of 23 African countries facing debt distress or at high risk of it. The southern African nation is spending more on servicing its debt than it is on climate and social protection measures, Janet Zhou, executive director of the Zimbabwe Coalition on Debt and Development, told Climate Home.

Because its debt is deemed unsustainable, Zimbabwe isn’t eligible for an IMF programme and doesn’t qualify for support under the RST.

“This is not fair because it is the average citizens that are suffering from the incompetence of authorities,” said Zhou.

A woman working in a face mask manufacturing shop at a factory in Harare, Zimbabwe (Photo: KB Mpofu / ILO/Flickr)

In designing the trust, IMF officials assumed that qualifying for RST support will make it more attractive for vulnerable countries to sign on to an IMF programme.

These programmes are not focused on addressing long-term risks such as climate change but provide financial support to achieve economic stability in the short-term, often involving unpopular austerity measures.

The package of policy reforms a country needs to accept in exchange for financial support makes many countries “hesitant” to accept IMF support in the first place, Bhandary said.

“Perhaps what the IMF needs to understand is that going to the fund is not always seen as an attractive option. It’s not like going to the Green Climate Fund,” he said, in reference to the UN’s flagship climate finance initiative.

Constantino Marrengula, a Mozambican economist at the Eduardo Mondlane University in the country’s capital Maputo, has seen anti-IMF sentiment grow in his country.

At the end of 2021, Mozambique’s debt soared to 112.4% of its GDP. Spending on infrastructure, health and education was halted. There is a shortage of medicines and a freeze on public sector recruitment means health care professionals and teachers are in short supply.

“We are in such a situation that we cannot go without the IMF,” Marrengula told Climate Home, citing an agreement reached between the Washington-based fund and the government. The deal includes plans to create a sovereign wealth fund for revenues from gas development.

But many in Mozambique believe IMF-imposed policy reforms come at the expense of employment protection and people’s wellbeing, he said. “The losers are small businesses and people who only have their land,” he said.

Sara Jane Ahmed, of the Philippines and a financial advisor to the V20 group of vulnerable nations, told Climate Home that IMF criteria for accessing support from the RST will make it “a tough sell” for many vulnerable countries.

Countries that have undergone an IMF programme in the past “may not want to come back for another at this point,” she said.

The V20 is further concerned that the support, which comes in the form of loans, will deepen cash-strapped nations’ debt issues and have called for the interest payments to be subsidised for the most vulnerable.

“There is an opportunity to improve the usability of the RST, especially if the IMF opens a formal line of communication with the vulnerable countries,” said Ahmed.

A spokesperson for the IMF said discussions at the recent spring meeting “suggest ample demand for RST financing”.

The requirement of having or entering into an IMF programme to qualify for the support “is a critical design element” to allow policy reforms to bear fruit and ensure countries are able to repay the trust, they said.

The story was updated on 28/04/22 to include the IMF’s response to CHN’s questions.