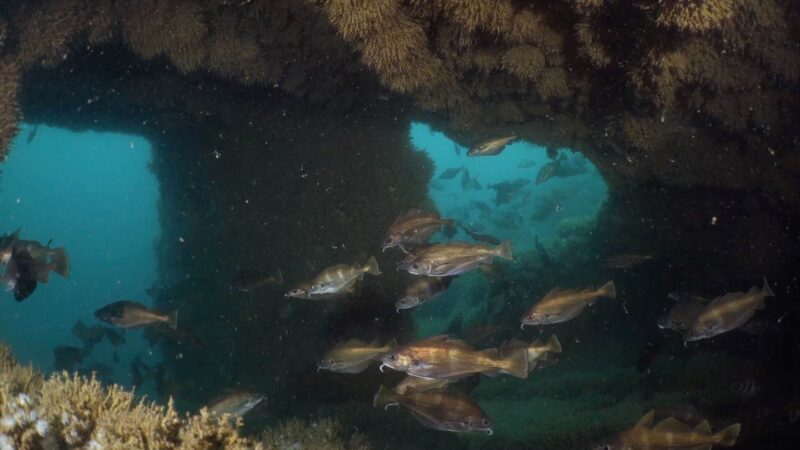 Rapid expansion in renewable energy must go hand-in-hand with efforts to halt and reverse biodiversity loss.

As the offshore wind needed to tackle climate change takes up more marine space, developers need to address the renewable energy build-out in balance with nature and the ecosystems we depend on. This is the conclusion reached by global leader in offshore wind Ørsted as the company is working towards net-positive biodiversity impact from all new renewable energy it commissions by 2030.

As part of this effort, Ørsted announced a partnership with ARK Nature, a founding partner of Rewilding Europe. Together they will test the potential of rewilding principles – proven successful on land – to restore vital ocean biodiversity at the same time as we speed up the energy transition.

Commenting on the company’s ambition to deliver renewable energy that has a net positive biodiversity impact, Rasmus Errboe, Head of Region Continental Europe at Ørsted said: “When it comes to tackling the climate crisis and biodiversity loss, there’s a real need for speed. We need urgent action – but that speed must not come at the expense of nature, and Ørsted believes it doesn’t have to.”

Rewilding involves taking an ecosystem-wide view and creating conditions in which nature can recover and thrive on its own, over the long-term. The approach has never before been trialled at scale in the marine environment, where the challenges are particularly acute, but where ARK and Ørsted believe there is huge potential benefit from application of rewilding principles.

Jos Rademakers, CEO of ARK Nature, said: “ARK Nature and Ørsted are ultimately pursuing the same goal: self-sustaining, healthy oceans. We will aim to restore the vital natural processes and contribute to creating wind farms that have an overall positive impact on nature and humanity. And we know we have to deliver that impact as soon as we possibly can.”

The partnership will start in the North Sea, by setting up a Marine Field Lab for rewilding. As a first step, the two organisations will find the most suitable location on ecological grounds, and from there develop and implement a variety of rewilding measures over several years.

One initial focus is on shellfish reefs – reefs formed by living organisms such as oysters and mussels – which act as the foundation of a healthy marine ecosystem. They provide food, shelter, and breeding grounds for other species, in addition to improving water quality, and are fundamental to the restoration of the wider North Sea ecosystem. Currently there are very few places remaining in the North Sea where shellfish larvae can attach and create new reefs. The partnership aims to test and develop the best ways for wind farms to provide this and support biodiversity. Once the approach has been sufficiently tested, it could potentially be applied at a larger scale around the world.

The impacts of all measures taken as part of this project will be closely studied, with both organisations planning to use what they learn to refine and develop ways to scale up positive biodiversity impact across the world, at the same time as demand on marine space for human activity is growing.

“With this new collaboration I am excited to add to our existing, ambitious global biodiversity programme. Together with ARK, Ørsted will implement innovative new restoration projects and study how rewilding can contribute to improving the health of our oceans, as well as how the offshore wind sector can enhance that contribution,” said Errboe.

Learn more about this marine rewilding project in this short documentary: