The Mexican diplomat is stepping down in July after six years in the top climate job. Female candidates from Africa and Asia are tipped to be best placed to succeed her 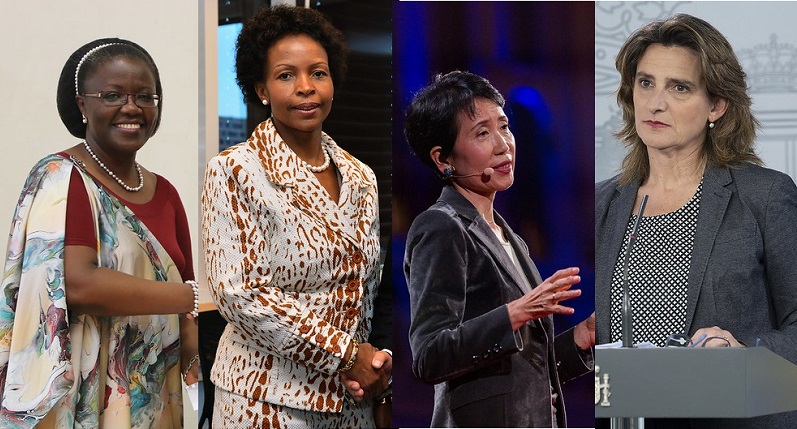 By Chloé Farand and Joe Lo

Who is best suited to lead the world into delivering critical emission cuts this decade?

That’s the question being asked at the UN headquarters in New York. Mexican diplomat Patricia Espinosa is stepping down as head of UN Climate Change in July after a six-year stint.

Discussions for her replacement have been slow to get going. The job ad for her successor was posted on the UN website on Friday, leaving just over a month for governments to put their candidates forward before the 24 June deadline.

Applicants will need to demonstrate senior leadership experience, “strategic vision and an intimate understanding” of climate and development issues. Ministerial experience is a plus. The job is based at the UN Climate Change headquarters in Bonn, Germany, and the salary is $207,000, according to the latest UN pay grid.

With previous executive secretaries from Europe and Latin America, there is a push for African and Asian candidates to be given a chance. Female applicants are “especially welcome,” the advert stipulates.

UN chief António Guterres has been a vocal promoter of women’s leadership. Capitals will lobby and his deputy Amina Mohammed is understood to have influence over the process. Ultimately, the decision lies with him.

This is a tough job. The successful candidate will need to steer international climate efforts through a critical decade of action for meeting global climate goals.

They will “need to start building a new architecture of accountability,” one senior source close to the UN told Climate Home News.

Managing the transition from focusing on negotiations to implementation will be essential. “That is a huge organisational challenge. Ideally you will need someone with direct experience of delivery beyond the world of diplomacy,” said Kaveh Guilanpour, veteran climate adviser.

In no particular order, here are nine runners and riders.

Rwanda’s environment minister has a strong diplomatic record and longstanding ministerial experience. Her name comes up a lot in climate circles as a potential successor to Espinosa.

At the Cop26 climate talks, she co-led ministerial discussions to align countries’ climate plans over a common time period. More recently, she jointly and successfully proposed a resolution for a plastic pollution treaty at the UN Environment Assembly.

She studied physical chemistry in Russia and holds a PhD from the Indian Institute of Technology-IIT Roorkee.

Before her appointment at the environment ministry in November 2019, Mujawamariya served as Rwanda’s ambassador to Russia, and the country’s education and subsequently gender minister.

She is fluent in English, French and Russian.

Environment minister Yasmine Fouad was assigned “ministerial coordinator and envoy” for Cop27, the climate summit in Sharm el-Sheikh this November – a role she would have to quit to step into Espinosa’s shoes.

While the government gave her the junior role to foreign minister Sameh Shoukry’s presidency of the Cop, Fouad has ample climate and UN experience.

A climate scientist by background, Fouad was a lead author on a chapter of the Intergovernmental Panel on Climate Change’s special report on desertification in 2017.

She was made deputy environment minister in 2014, when she supported the Egyptian president as coordinator of the committee of African heads of states for climate change (CAHOSCC), before her promotion to minister in 2018.

Fouad has worked with several UN organisations including the Green Climate Fund, the Global Environment Facility and the UN Development Programme (UNDP) on implementing development and climate projects in Egypt.

South Africa’s minister of women, youth and persons with disabilities has been a vocal advocate for gender-responsive climate policy.

She has been a minister for 13 years, serving on the international relations and cooperation portfolio for nine years. During that time, South Africa became a member of the group of emerging economies known as Brics (together with Brazil, Russia, India and China).

In 2011, Nkoana-Mashabane presided over Cop17 in Durban, one of the latest running UN climate summits on record. Countries agreed on a roadmap to a global climate treaty (which became the Paris Agreement) and established the Green Climate Fund.

Some sources that have worked with her describe her as “a superb candidate”.

But campaigners are not impressed by her record. Nkoana-Mashabane’s support for disgraced president Jacob Zuma, who is facing corruption charges, could play against her.

Sam Onuigbo, a Nigerian lawmaker who sponsored the bill, described her as “a goal getter and a result-oriented leader”.

Her ministerial term comes to an end in 2023 and she may want to line up the next job.

Before her appointment in 2019, Ikeazor was a lawyer with several national and international banks. She worked for Shell in Nigeria in the early 1990s before establishing her own legal practice.

She continued to provide legal advice to the oil and gas sector in Nigeria before entering politics in 2011.

She is a champion for women’s leadership and founded an NGO to give internally displaced women interest-free loans to start small-scale businesses.

Naoko Ishii, executive director of the Institute for Future Initiative and former CEO of the Global Enviornment Facility (Photo: IISD/ENB/ Kiara Worth)

Ishii has extensive experience of working with UN organisations on climate and development finance, making her a strong candidate for Asia.

She was elected CEO and Chairperson of the Global Environment Facility in 2012 and led the grant-giving organisation for eight years until September 2020.

Before joining the GEF, she served as Japan’s deputy vice minister of finance and negotiated the design of the Green Climate Fund. She held positions at the World Bank, the IMF and the Harvard Institute for International Development.

She serves as the executive vice president of the Institute for Future Initiative and the director of the Center for Global Commons  at the University of Tokyo.

She is a member of the China Council for International Cooperation on Environment and Development, the UN Sustainable Development Solutions Network and an ambassador for the Food and Land Use Coalition.

An economist by training, Indrawati has served as Indonesia’s finance minister since 2016 – a role she previously occupied 2005-2010.

She resigned as finance minister in 2010 when she was appointed managing director of the World Bank group. She was credited with steering Indonesia’s economy through the 2008 financial crisis by driving investments – although lawmakers raised concerns over “suspicious and possibly fraudulent transactions” during the bailout period.

Indrawati has a solid grasp of the development and finance challenges the developing world is facing.

During the Cop13 climate talks in Bali in 2007, she brought development and finance ministers into the climate tent for the first time. This led to the creation of the “Bali breakfasts”, a series of annual meetings with the World Bank, the IMF and ministers.

She serves as the co-chair of the Coalition of Finance Ministers for Climate Action.

Ribera is widely seen as having some of the most relevant experience to take on the role as head of UN Climate Change.

Under her leadership, the Spanish government stepped in to host the Cop25 climate talks in 2019 with just one month’s notice after Chile withdrew because of social unrest in Santiago. She supported the Chilean presidency in clinching a deal, albeit an underwhelming one, two days into overtime.

As minister for the ecological transition, Ribera reached an agreement with Spanish unions to close coal mines as part of an energy transition investment package. She previously headed Paris-based environmental thinktank Iddri.

Her move to Bonn would be a win for the UN and a loss for Spain. However, developing countries may not want to see a European in the top climate job.

McKenna, Canada’s former environment and infrastructure and communities minister, left politics last year to spend more time on “[her] kids and the climate”.

In March, she was appointed to chair Guterres’ anti-greenwash squad which is tasked with presenting recommendations by Cop27 for ensuring the environmental integrity of companies, cities and regions’ net zero commitments. But as one source put it, “nothing is permanent”.

McKenna is well known in the international climate community. She signed the Paris Agreement on behalf of Canada and jointly spearheaded the Powering Past Coal Alliance.

But she may be more valuable to Guterres on his net zero expert group.

Hart was appointed UN special adviser to the secretary-general on climate action and just transition at the start of 2020.

A former chief climate negotiator for Barbados and a lead negotiator on finance for the Alliance of Small Island Developing States (Aosis), Hart led the UN team that helped deliver the 2014 UN Climate Summit in New York.

Hart has no experience in a ministerial role and sources told Climate Home that will play against him. Plus the last two executive secretary of UN Climate Change have come from the group of Latin America and Caribbean countries. But his proximity to Guterres gives Hart a shot.