Comment: Voters chose climate action in Saturday’s election, giving Australia a chance to get out of the “naughty corner” and restore its international reputation 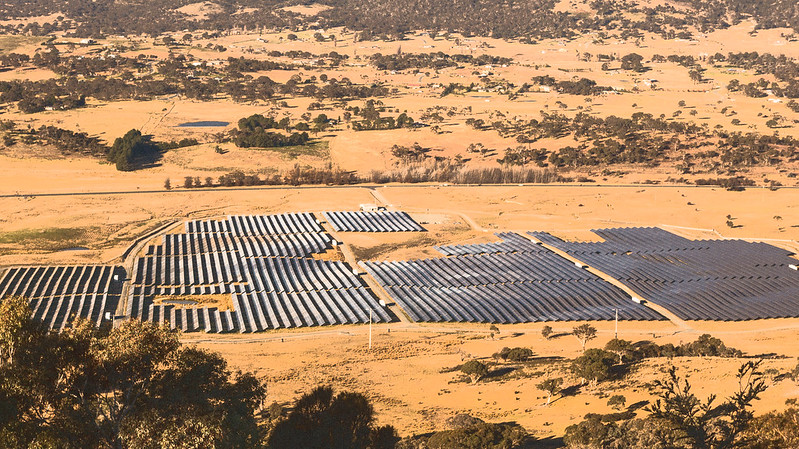 For the last decade, Australia has been a laggard on climate action. Last year it took home the activists’ “colossal fossil” award from UN climate talks.

Successive Australian Governments have ignored global calls for increased ambition and interpreted their national interest as the fossil fuel industry’s interests. Author Naomi Klein remarked that in Australia you cannot tell where the coal industry ends and the federal government begins.

That is best personified in Australia’s prime minister, Scott Morrison, who brandished a lump of coal in Parliament to show his enduring support for the industry. Sorry, I should say former prime minister Morrison. Because on Saturday 21 May, Australians finally and overwhelmingly voted for climate action.

Incoming prime minister Anthony Albanese, from the Australian Labor Party, promises to move the country out of the “naughty corner” on climate change. Unlike the majority of G20 countries, Australia did not strengthen its 2030 target ahead of the Cop26 summit in Glasgow, UK.

The new and improved target will be a 43% emissions cut on 2005 levels, up from the current 26% target, but still short of what the science requires. There is an opportunity to go even higher.

Alongside the Labor party win was an unprecedent number of independent candidates, running on stronger climate action agendas.

Analysis: What’s at stake for the climate in Australia’s election?

Six traditionally safe seats for the incumbent conservative government in the wealthiest parts of the country were lost to independent, educated women. Their agenda centred on climate action, integrity, and gender equality – all found wanting from the conservative Morrison government.

These independent candidates are not in the same party though they share similar concerns and together will help push the next Australian government in the right (or is it left) direction on climate action. Add to this the progressive Greens party which also impressively snapped up seats in the city of Brisbane, the capital of Queensland, the state synonymous with Australia’s coal industry.

Australia came dead last on climate policy in the 2022 Climate Change Performance Index. This will change.

To speed up the clean energy transition, the incoming Labor government has pledged to increase the renewable share in the electricity mix to 82% by 2030 (currently at around 30%). It will bring in tax reforms for electric vehicles (given low uptake) and build a national charging network with stations every 150 kilometres. It will also address Australians’ range anxiety fuelled by Morrison’s claims that EVs can’t tow anything or drive distances and therefore would literally “end the weekend”.

For many Australians working on climate change (author included), this change was a long time coming. It took the suffering and anger over the last three years from unprecedented fires, coral bleaching, and floods, supercharged by climate change and mismanaged by the federal government.

At Cop26, despite the clear push from the US and the UK, Australia refused to increase short term targets. But the former prime minister always found the time and money to support fossil fuels. Just take his economic response to the Covid-19 pandemic, which was to pursue a gas-fired recovery and open five new massive fossil gas basins.

The incoming government has a major task ahead of itself, including on the international front. Morrison pulled Australia out of the UN’s Green Climate Fund on a whim while chatting to a rightwing radio host. It is why one of the most impressive policies from the Labor Party is to bid to host the 2024 UN climate conference (Cop29).

In the 30-year history of the UN climate body, Australia has not hosted and it doesn’t want to do it alone. Recognising the existential threat of climate change to its Pacific neighbours, Labor has invited a Pacific island nation to partner on this bid. That is if they want to.

Analysis: Who will replace Patricia Espinosa as the UN climate chief?

As former Kiribati president, Anote Tong said hosting is irrelevant unless it is backed up by action. That could include simple actions like re-joining (and contributing to) the Green Climate Fund. Tong also points to harder actions like a genuine transition away from fossil fuels.

Australia is the third largest exporter of fossil fuels and there are 114 new gas and coal mining projects in the pipeline. They could add over 1.5 billion tonnes of emissions, most of which will not show up in Australia’s carbon accounts as the fuel will be burned overseas. Currently Australia excels at exporting the problem. Maybe it could export the solutions instead.

The incoming prime minister wants to turn Australia into a renewable energy superpower, given the country is rich in renewable resources and all the rare earth minerals necessary to make batteries. He wants to build things in Australia again. That includes building a new reputation for Australia that goes past fossil fuels.

Lets hope so. Lets hope Albanese can build an Australia that channels the wave of climate action that swept him and many others into government.

Richie Merzian is the climate & energy program director at the Australia Institute, a leading public policy think tank based in Canberra.