Campaigners described the G7 statement as a breakthrough, saying it would curb Japanese support for gas expansion in Asia and worldwide 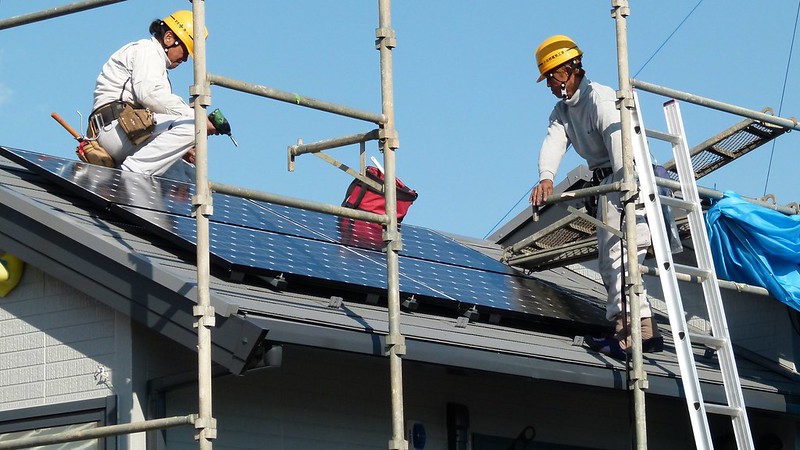 By Isabelle Gerretsen and Joe Lo

Japan has agreed to stop financing fossil fuel projects internationally by the end of 2022 and clean up its power system by 2035, under pressure from the rest of the G7.

Following a three-day meeting in Berlin, the G7’s energy and environment ministers issued a statement on Friday committing to these goals and supporting “an accelerated global unabated coal phase-out”.

It marked the biggest shift in policy for fossil fuel-reliant Japan. An annotated draft seen by Climate Home News showed that Japan had tried to remove both commitments from the communique but European countries and Canada defended them.

“There is no wavering in our commitment to 1.5C… the need for action on decarbonisation was reaffirmed at the G7,” said Japan’s environment minister Toshitaka Ooka at a press conference.

Japan takes over the G7 presidency next year. Ooka said energy issues would be “the most critical challenge”.

Analysts and campaigners described the statement as a gamechanger for global decarbonisation efforts.

Price of Oil campaigner Laurie Van Der Burg said Japan signing up to the communique was “an important breakthrough” as the country has been “very aggressively backing the expansion of gas in Asia but also worldwide.”

Japan is one of the world’s top financiers of fossil fuels and had been the only G7 nation not to sign up to a pledge at last year’s Cop26 summit to halt that flow. Between 2018 and 2020, Japan provided $10.9bn a year to fossil fuel projects in other countries. This is far higher than finance provided by the US or European G7 members and slightly less than Canada.

Jones described a 2035 target as a “challenge” but “definitely achievable” for Japan. “The obvious place to start is scaling up rooftop solar and wind energy, which could help Japan create a far more secure and sustainable energy system by 2035,” he said.

“Replacing fossil fuels with clean energy with the speed required will be a challenge for Japan,” said Hanna Hakko, senior analyst at E3G. “Additional modelling and policy planning will be urgently needed.”

But campaigners were positive about the direction of travel. “The language in the statement is strong and goes beyond the Japanese government’s previous position,” Kimiko Hirata, executive director of Climate Integrate told Climate Home News.

While Japan has not committed to phase out coal – its current energy plan forecasts that 19% of its electricity will come from coal in 2030 – Hirata said the 2035 decarbonisation target implied a coal exit. “This is totally new for Japan,” Hirata said, calling for stronger language on coal phaseout at next month’s leaders’ summit.

“Ending international fossil fuel finance is also a big step,” said Hirata. “Japan is subsidising gas exploration. Can they stop everything by 2022? This is a big question mark.”

“The renewed Japanese ambition and the new government in Australia should help supercharge Asia’s electricity transition, and will surely force a rethink in Korea to step up,” Jones told Climate Home News.